How Friendships Save Lives

Up until 2011 the Pokot and Samburu communities residing in Northern Kenya would mutually participate in raids that resulted in some hundred human deaths a year and an unquantifiable amount of livestock lost. These raids were carried out by young men (the ‘warriors’) from each tribe but negatively impacted everyone in the community as families from both sides were forced to flee their land to avoid attack. Unfortunately these raids continued because there was no communication between the two sides, only raid after raid which captured the communities in a perpetual cycle of violence and instability. 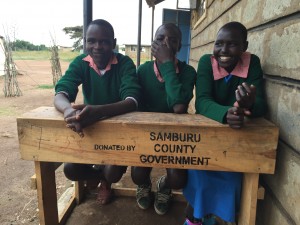 CPI saw this disconnect between the communities and believed that children could be used to bridge the gap by initiating a safe environment to foster healthy relationships and dispel negative assumptions. 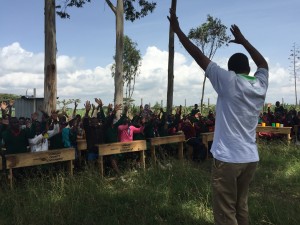 The process begins with a peace camp in which students from different tribes are brought together (Samburu/Pokot, Samburu/Turkana, Gabra/Rendille, and others) and involved in team-building activities. After 5 days if the children have not made a friend from a different tribe naturally they are paired with one in order to make sure all of the children feel fully involved.

After the peace camp CPI facilitates an inter-community meeting for the parents of the children who have been paired, and later the families participate in a holiday exchange program. The purpose of the holiday exchange program is to solidify the trust the families have in each other by proving that they are safe in communities which they previously would not have been.

The students then hold a peace concert which is an opportunity for their entire community to observe a mutual cultural exchange and appreciation for tribal differences. Next the students attend a peace caravan, in which they travel and experience a new place together, which can be especially exciting considering many of the children have never even seen a tarmac road before.

Finally, the families which have shown a commitment to the full program are given a shared cow, or heifer, to raise and benefit from together. 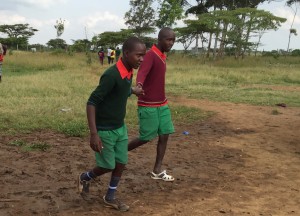 The results are staggering. In the years that CPI has been working within these communities there have been ZERO deaths related to ethnic conflict. There have still been deaths in other communities, such as an incident in 2014 where 21 police officers were killed, but that was in an area outside of CPI’s operations which only further proves its success. 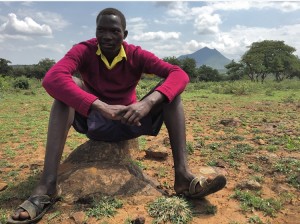 Why exactly is it working? Because, quite simply, the communities do not want to engage in activities that will potentially harm their friends.  One Pokot student, pictured above, spoke of the Samburu friend he made during CPI’s peace camp and how at first he was nervous about the entire idea. His Samburu friend called him and was trying to convince him to come and visit him, but he kept refusing saying that he did not feel safe to travel there and stay in Samburu territory.

The friend eventually convinced him and he made it there without any incident. However, the next morning he went to the river to bathe and found himself alone with only Samburu warriors around him. He said he thought surely that was the end, they would know he was Pokot and would kill him, but one of the warriors noticed he did not have any soap and offered him some. He was so surprised, but the warriors explained that they knew the student he had come to visit and that if he was a friend of that boy’s he was a friend of theirs. 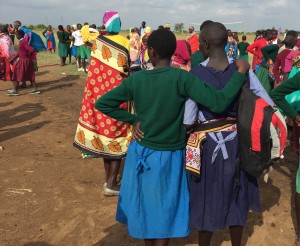 CPI has even heard reports of communities trying to act as an early warning system and tipping each other off if they hear any idea of a raid being planned out. When communities have the chance to be more inter-connected, they watch each other’s backs.