I do (not) like Sunday – Mingling with the Children

I don’t like Sunday. I know this might sound anti-mainstream, but, trust me, it’s not. While in most countries people work from Monday to Friday, in Nepal people work from Sunday to Friday. Yeah, Sunday turned out to be my first day of working days. It always be more difficult to start the routine after a day of hanging-out-doing-nothing. But, last Sunday was different. I finally started my field visit to produce “Love Blanket” with the children.

Last Sunday, I visited nearby villages with two BASE staffs and a local artist. We planned to leave at 4 p.m, around 3 o’clock the sky covered with dark cloud. A sign of heavy rain to come. Then, strong wind came and rain showered. I was a bit worry to continue. But, we did continue after waiting for about 15 minutes. By the time we arrived, the sky was clear, wet green grasses and muddy road left out by the rain. Along the road, I was amazed, the nature rapidly changed. It was no longer arid as I crossed in early May, but fresh and green. The rain is a blessing. 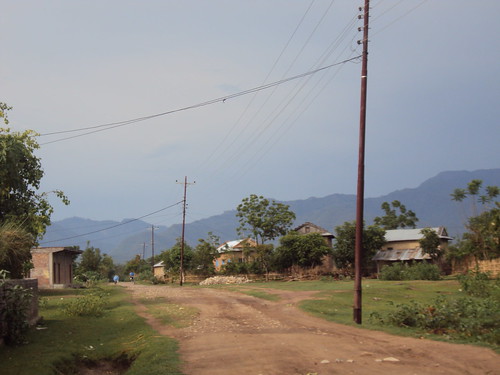 My first encounter with children turned out to be beyond my expectation. I didn’t expect too high on this first field visit. I understood if children might feel tired after their whole day at school. Then, I was stunned by their enthusiasm and excitement to produce love blanket. Everyone wanted to participate and contribute something, even some youngest children. It was exhausting as well as exciting. I believe, it’s the joy of childhood to see things purely, to try out new things, to do everything in their fun way.

While waiting for the children to gather, I chatted and took some photos. Then, a boy came around, he looked like someone who has just arrived from fields with muddy spots all over his clothes. He peeped on us, then slowly joined us into the room. He was shy. He introduced himself as Onil, but later on he told us his real name as Arjun Chaudary. We asked Arjun to call his friends, he ran out, then I heard he shouted. I guess he was calling his friends. He came along with some friends. BASE local member told me that his father has passed away and his mother works as domestic worker, he has just joined schooling facilitated by BASE. I know he has this unique talent. He didn’t seems to really enjoy drawing or painting as other children did, but he helped us to collect pencils and books from his friends without even asked to do so. 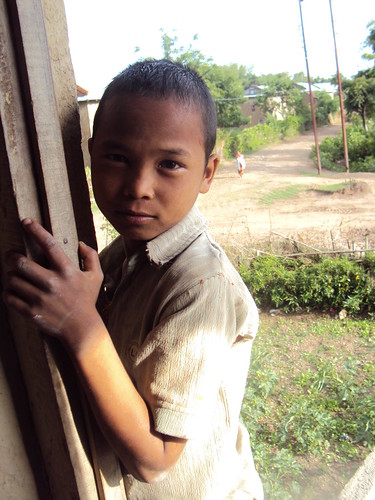 A boy peeping into the room, he is Arjun Chaudary. Photo by: Maelanny P

The next day, I visited further village. The car crossed two fair size rivers, passed very bumpy roads, and stopped for several times to let cows, goats, lambs, or pigs cross over. In this village, I was able to meet some rescued kamalaris and produced ‘Love Blanket’ with them. They shared their story as child domestic servants to me. Most of them mentioned that they experienced beating and scolding while working as kamalari and none of them was sent to school. 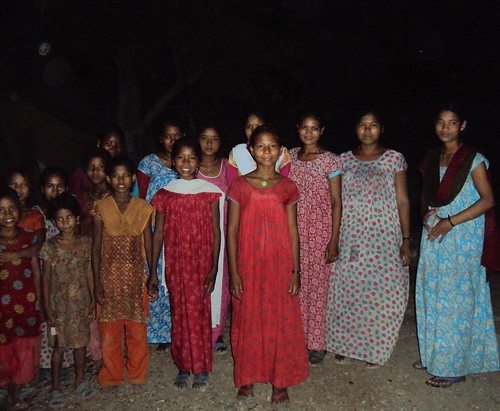 Girls of Kothari Village, some of them are rescued kamalari. Photo by: Maelanny P

I saw strength in their innocent eyes. I’m proud of them. I can hardly wait to meet other children and find out more surprise from them. Thank you Arjun, thank you all!

Last Sunday, 12 June 2011, was also the ‘world day against child labor’. ILO issued a new report on children in hazardous work. The report tells that 115 of 215 million child laborers worldwide engaged in hazardous work. The biggest number is found in Asia & Pacific, followed by sub-Saharan Africa. In fact, Nepal is one of few countries where slavery—a type of ‘worst forms of child labor’—are extensively practiced. Apparently, kamalari is one of them, as thousands of kamalari still exist in western tarai (from various surveys conducted by I/NGOs).