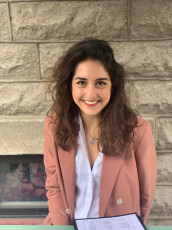 
Improving Nutrition in Kibera One Kitchen Garden At a Time

Worms. Hundreds of wrinkly red worms. I know, at first glance, worms can seem very irrelevant to improving nutrition in Kibera. However, worms are the reason why women in Kibera were able to start harvesting their own vegetables and improve their families’ daily nutrition intake. Before we understand this seemingly strange connection, I want to talk more about nutrition problems and food insecurity in crowded slums like Kibera.

Food insecurity is defined as a lack of consistent access to enough food for every person in a household to live an active, healthy life. This issue is most prevalent in urban places, especially in Sub-Saharan Africa where the majority of the urban population is living on less than one dollar a day which forces them to eat only one meal per day. According to an article called “Hunger and Food Security in Nairobi’s slums: An Assessment using IRT Models”, food insecurity among slum dwellers in Nairobi is widespread, with nearly half of all households being categorized as “food-insecure with both adult and child hunger” and only one in five are food-secure. These numbers suggest the severity of the nutrition and food insecurity problems in slums like Kibera.

So, where do the worms come into play? It all started when our partner, Stella, in Kibera wanted to solve the issue of nutrition and find a way to take advantage of the food waste. After a quick google search, she says, she found an article on vermiculture composting. Vermiculture composting is different from other types of composting methods as it involves worms. You can store these worms in bins which solves the issue of finding enough space as you can store the bins in your backyard or even your living room. Worms digest the food waste and form a liquid called leachate at the bottom of the three-tiered composting system. Of course, figuring out this system and the process were not as easy as it sounds. Stella and other women who are involved in this project spent months trying to find the system that would give them the best results. 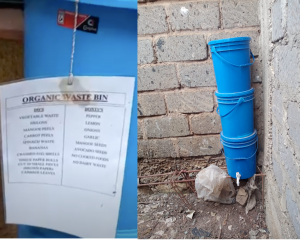 After they have figured out the best way to compost, they were able to use the liquid at the bottom as a fertilizer. The nutrients and beneficial microbes in the worm compost diffuse into the water making liquid fertilizer for the plants. Once they had that fertilizer, they were able to use that in their rooftop and kitchen gardens to harvest more vegetables and plants. At the end of this long process, ladies in Kibera were able to harvest a lot of different types of vegetables from pumpkins to traditional greens. Not only, that helped them to provide their families a more nutritious food but also enabled them to functionalize their food waste. So, beyond improving the food insecurity in Kibera, this project deals with one of the most important problems of our age which is food waste. 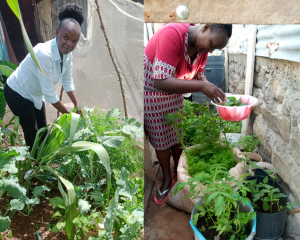 Starting this fellowship, I had no idea that I was going to talk so much about worms. Throughout my fellowship, I have grown to appreciate the ingenious ideas and projects of people who are working with the Advocacy Project. I want to dedicate this blog to Stella and her friends in Kibera to celebrate them for what they have done and for more to come! (And of course, the honorable mention goes to the worms!)