On Friday 17th July, the EU announced it would aid the International Criminal Court in the Hague bring to justice the suspected perpetrators of Kenya’s 2007-2008 post-election violence (See Daily Nation http://allafrica.com/stories/200907161023.html). This international prosecution process is moving forward at a surprisingly fast pace, however, the shattered lives of the Kikuyu refugees that were largely destroyed in the Rift Valley about two years ago have barely begun to heal. Just a day before this announcement, we, as Fellows of The Advocacy Project and Vital Voices, were in the Kikuyu Internally Displaced Persons Camp in Kesses, Eldoret, finishing up our interview on the Ripe For Harvest Eldoret Mentorship Program in a leaking family tent during the afternoon storm.

A man in this camp, around 50 years old, told us he had been living in Eldoret as a farmer since 1974. During most election periods (1992, 1994, 1997 and 2007), he said, there were riots caused by locals (mainly from the Kalenjin tribe) against the Kikuyu tribe (as a minority in the Rift Valley area) under the manipulation of politicians. The riots of 2007 were the most severe. He suspected that the local Kalenjin residents began preparing for the riots since 2005 during frequently ‘public’ meetings that excluded the Kikuyus in the region.

During 2007 national riots, in Kesses most Kikuyu owned properties were totally destroyed; their lands, homes, clothing, food, cows, goats, and chickens were either burnt or stolen by members of tribes who voted for Odinga. A 56-year-old single mother told me the total assets that she lost due to post-election violence amounted to 1,500,000 shillings (about US $20,000).  (The average rural worker made 2000 shillings a month, and so her loss amounted to roughly 10 years wages.–See the Article of “Labor Market Institutions and Employment Opportunity in Kenya” ) 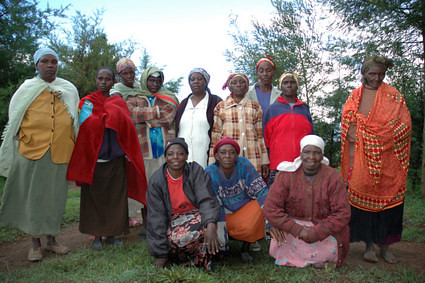 However, the loss of property was nothing compared to the loss of human life. A 73 year-old Kikuyu woman and a 40 year-old Kikuyu man were killed by the locals. “At 6:00 p.m. the evening the election results were announced.” Another man in the camp described his experience of the 2007 election. “My friend and I were in my house. We heard screaming and then saw hundreds of local youths carrying stones in bags to surround my house. Then they began throwing stones through the kitchen window. Some of them began using hammers to destroy my living room. Others were gathering dry maize in order to set fire to my roof which was made of plants leaves.”

“Fortunately, I managed to escape and hid under some banana leafs,” he continued.  “However, my friend was caught by another group of youths while fleeing the home. I watched him get stoned to death by those local youths…”

“…The district officer and his attendant received news of [my friend’s] death and was trying to find some fuel for the car so that he could move my friend’s dead body. However, the youths blocked them. The officer ordered the gang to give way, but a fight erupted and he was forced to shoot a Kalenjin youth on his leg. The officer and the policeman were then killed by the mob and my friend’s remains were eventually eaten by dogs.”

Across the country, over 800 people lost their lives to post-election violence, and around 600,000 people who survived were often left with nothing.