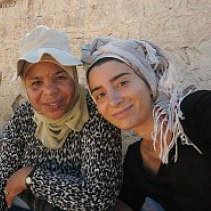 Silvia Irace (Ain Leuh Weaver's Cooperative): Silvia was born and raised in Naples, Italy, where she studied Arabic for her BA at “L’Orientale” University. To help her studies, Sylvia travelled to Cairo and Saudi Arabia, where she interned at the Italian Embassy in Riyadh. In Riyadh, she taught Italian language and culture at cultural associations affiliated to the embassy. Sylvia was studying for an MA in Arab Studies at Georgetown University on a Fulbright scholarship when she went to Morocco for AP. After her fellowship she wrote: “I have learnt about the legal steps to set up a non profit in the Moroccan legal framework, how to frame an Association mission, as well as video taping, editing, and using social media in a more effective way. I improved my Wordpress and website building skills, and my knowledge of Amazigh and Moroccan culture and language. Finally, I have learnt some handicraft skills, by weaving for advocacy.” sirace@advocacynet.org Email: sirace@advocacynet.org


Those (un)timely words on Moroccan women…

In order to contextualize the work that the Advocacy Project is doing here in Ain Leuh, it comes as very timely a declaration the Moroccan Prime Minister has released just a couple of days ago.

In speaking about the condition of Moroccan women, Abdedilah Benkirane put that this way:  “Today, there is a problem with women’s role in modern society (…) Women don’t even find time to get married, to be mothers or to educate their children. They have a more important role to play within the houses rather than in an enterprise or the administration. Why don’t we embrace this sacred status that God gave to them?”

However, one does not have to go too far to see what this statement actually obscures. When looking at some basic statistics about the MENA area, one thing immediately jumps to the eye: it is the level of illiteracy that Morocco displays when compared to other countries that are economically worse off. According to a 2008 report on the status of education by the World Bank, “the level of illiteracy in the adult population, especially among women, sharply distinguishes most MENA countries from most Latin American and East Asian societies. But in two countries—Morocco and Yemen—about one-half the population remains illiterate”. Indeed, Morocco displays the highest rate of female illiteracy of the entire area, estimated at 60% in 2003, at 20 points more than Egypt.

The image of young illiterate women leaving rural areas to serve as child-maids in the well-off mansions in the cities is ubiquitous in Moroccan cinema. Illiteracy makes women vulnerable to exploitation and with scarce chances of improvement, and no wonder that things here, in Ain Leuh, are not that rosy.

It took me a couple of days here at the cooperative to realize that women in Ain Leuh are growing more and more discouraged about the work through which they have been resisting to  marginalization and poverty for such a long time. Khadija, one of the women that has been working here for years, is getting married and will soon leave the village permanently in order to follow her husband to the city and work mainly at home. So is Hachmia’s daughter, whose marriage will be celebrated by the end of Ramadan and who has ruled out the idea of finding an occupation at the cooperative.

Alternatively, their place will be far-away, like in the case of the treasurer’s daughter, Nadia, who is planning to expatriate to work as a hair-dresser in Saudi Arabia,  a country whose working conditions are notoriously unsafe. Far from the minister’s declaration, women here are actually getting back home and not the other way round.

But the potential in Ain Leuh is immense: this cooperative is considered among the top 1% for the  superiority of their products and the women here are renown in the region for their superb ability at the loom: with these words, the founder of ANOU – the website where the cooperative is currently in the process of uploading its products and that covers the entire Atlas region – expressed himself. Not only that, many of the women here have often trained other women’s cooperatives in the Middle Atlas mountains, inhabited mostly by an Amazigh-speaking population. This spirit of solidarity is what makes them especially unique.

Vision and entrepreneurial spirit abound in Ain Leuh: the cooperative was actually exploring the idea of expanding its activity by acquiring a non-profit status in order to be able to survive and attract new members willing to perpetuate this art now at risk.

But they need encouragement to re-gain confidence in themselves and their invaluable talent. They need to become self-reliant and access their customers directly, in order not to be taken advantage of any longer. And certainly they are managing their khaymah magnificently, even when having a job outside of home. Take my word for it. 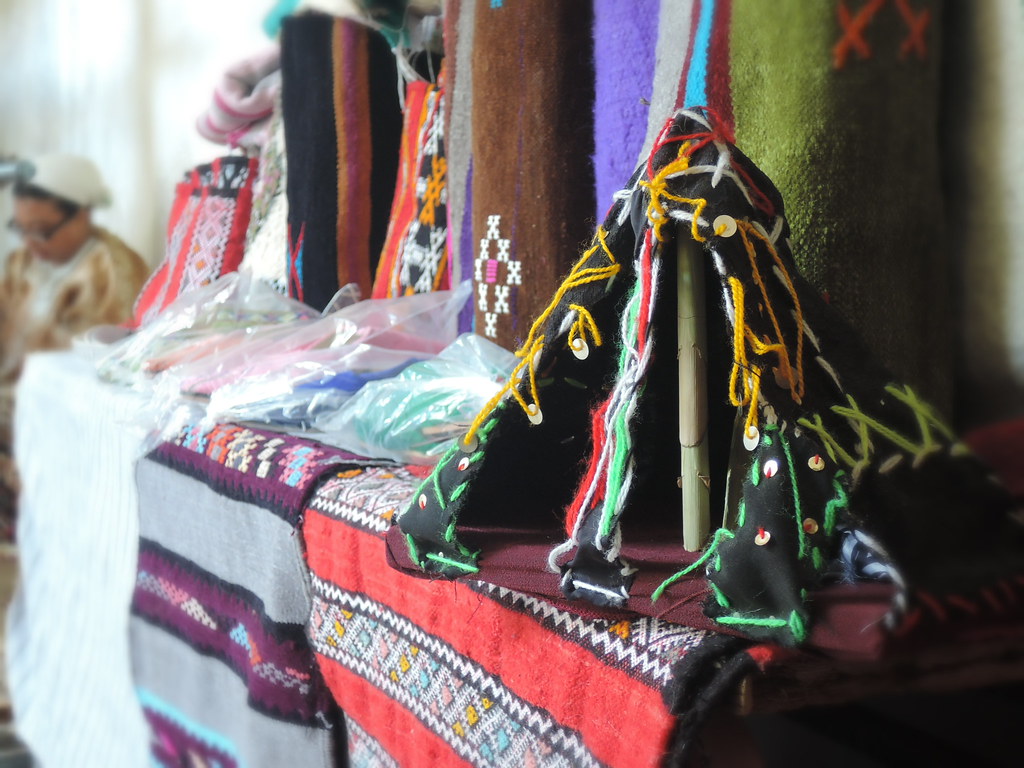