Music and Kindness as Universal Languages 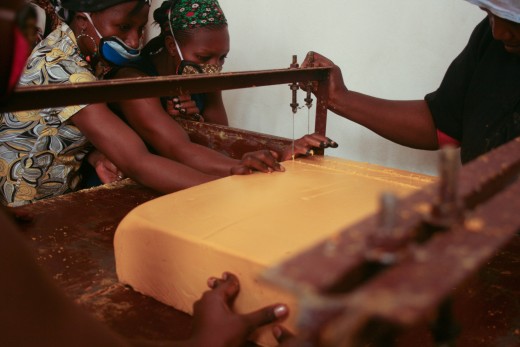 During my first week in Bamako, I have been struck by how kind and generous people can be with their time. Prior to coming here, I heard about the kindness of Malians from a few different people, but I have still been pleasantly surprised by how willing they are to go out of their way to help others. While trying to find housing a day or two after my arrival, someone got a cab to agree to take me to see a house, wait for me, and bring me back for a very discounted rate. I ended up not liking the house and choosing a different one, but I really appreciated the cab driver’s patience since I knew nothing about the city or where anything was. He even gave me the number of someone helping people find housing in the neighborhood I was trying to live in. 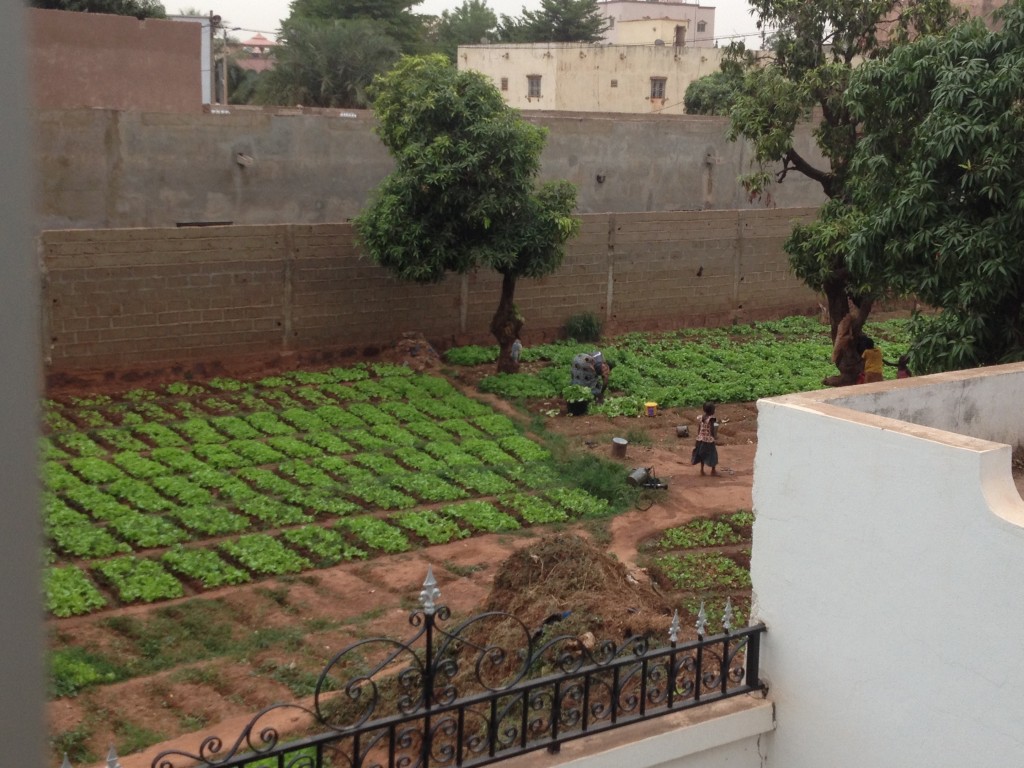 View from the window of my new home

Similarly, on my first day of work with Sini Sanuman, despite having seen the office a few days before, I had no idea where to go; I couldn’t tell one place from another. I asked at the gate of the Sleeping Camel and someone generously offered to show me the way on his motorcycle (or moto, as they are known here), a very common method of transportation.

I was told to be at the office by 8am, but I quickly learned that that meant that people only start arriving half an hour later and the actual work doesn’t start until at least a couple hours later. Fortunately, being from Botswana and having spent some time in Senegal, I was very familiar with African time. On one of the mornings this week, a co-worker, who previously lived in Nigeria for 8 years, and I got to connect over some West African music as we waited for the office to be unlocked. She played songs by the popular Malian musician, Salif Keita, a Guinean artist, and since she remembered that I loved Nigerian music from a conversation the day before, she played some of that as well. It was a great way to start the day and made waiting a more pleasant experience.

We visited the center where the project training takes place in Bamako so that I could be introduced to the team and meet some of the survivors. Everyone was very welcoming and sincere. I met the director, the outreach coordinator, and some of the trainers, and they all seemed to really care about their work. I was struck by how young many of the survivors were. Most of them are between the ages of 18 and 24, and some are as young as 13. Many of them are from Northern Mali and have experienced sexual and gender based violence during the conflict, including rape, psychological violence, and early marriage. 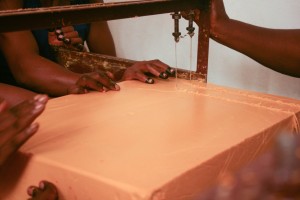 The center provides the survivors with very necessary psychosocial support through meeting with a psychologist, learning new skills, gaining opportunities to earn an income, and having a support network of women who have been through the same thing. The director showed me around the center – all 30 women are receiving training in soap making, clothes making, embroidery, and home economics. I got to see the ingredients used to make the soap, such as palm oil and shea butter, as well as the tools used to mix and cut the soap into bars.

This first week has been very busy with working on a report of the first two months of the project but everyone has been very helpful with allowing me to learn as much as I can about how the project works and what is has achieved so far. One of my co-workers even took me to get Senegalese food and I got to practice my Wolof!