She was the one of the few girls among the whole Maasai communities in Kenya who received university education abroad–by the time she entered her village school’s equivalent of eighth grade, only one other girl was in her class. In Maasai tribe, even recently, girls tend to or are forced to drop out primary schools in the middle grades for the materiry ceremony–female circumcision and then marriage. Even the ones who are lucky enough to return to their studies after this “fire-burning-alike” ritual , will be left far behind their male peers on academic performance, due to their heavy load of house works. To read more about Kakenya Ntaiya’s lonely but extraordinary path to education: Her Extraordinary Education–Kenyan Defied Tribe’s Traditions but Now Carries Its Hopes( Dec 28, 2003, Washington Post) 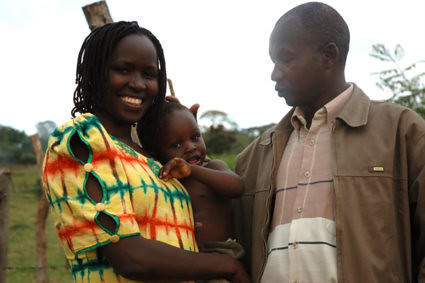 Kakenya was hugging her son,Nathan, who just received his first cow as a gift from his uncle. Cows are considered as the most important property by Maasai.

Kakenya’s three younger sisters, one in secondary school and two in primary schools, still need to take a lot responsibilities in the family as what Kakenya, the first daughter of her mother’s eight children, used to. I witnessed their daily life during their school “vocation”: fetch water, sweep house, boil tea, milk cows, feed cows, help their mother work in the farm and sell vegetables in the market, take care of their baby nephews, etc. However, the youngest daughter in the family, Brenda Nashiba, already live a better childhood life compared with Kakenya’s–Nashiba has time to play, studies under solar light that was bought by Kakenya as a gift to the family instead of korosene lamp, enjoys going to her primary school, Kakenya Center for Excellence that was founded by Kakenya, where has less students, better equipment, better teachers than any other primary schools nearby. All her family and school environment now makes sure that she will not be pressed to experience what her sister Kakenya was forced to go through–negotiating with their father to continue education on the compromise of getting circumcised, talking to every one in Enoosaen to obtain support for her higher education, and flying to a new country with a heavy promise to the whole village. To read more about Kakenya’s life from a Maasai village to an American college, A Road Paved With Pledges and Pain, Student Built Alliances in Village to Reach an American College (December 29, 2003, Washington Post) 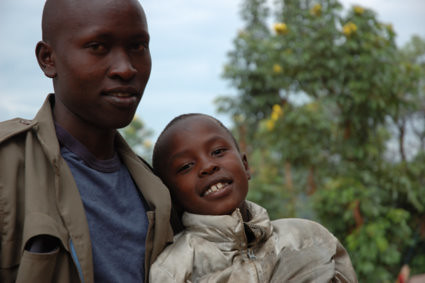 Kakenya's brother Kishuyian (left) is also studying education in Moi University, Eldoret. Like his sister, Kishuyian is also passionate about education's effect on changing Kenyan society. (On the right is Kakenya's nephew.) 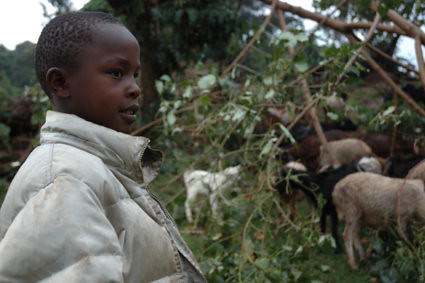 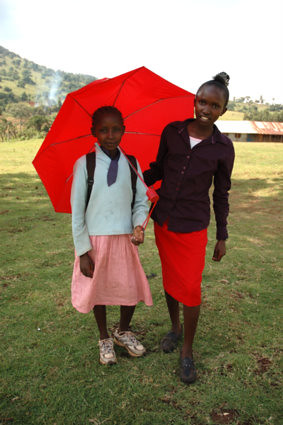 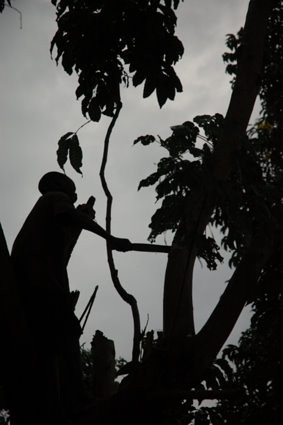 The kid who helps Kakenya's mother herd is cutting the tree for feeding goats.