From Decision-Makers to Wastepickers COP 15 will define many futures

December 7th, 2009 begins the 15th Conference of the Parties (COP) to the United Nations Framework Convention on Climate Change (UNFCCC) in Copenhagen, Denmark. This conference represents the last opportunity for the international community to agree on binding and measurable greenhouse gas emissions reduction targets after 2012, when the Kyoto Protocol expires. If the international community does not agree to such targets, emissions will continue to flow into the atmosphere unabated, with disastrous consequences. 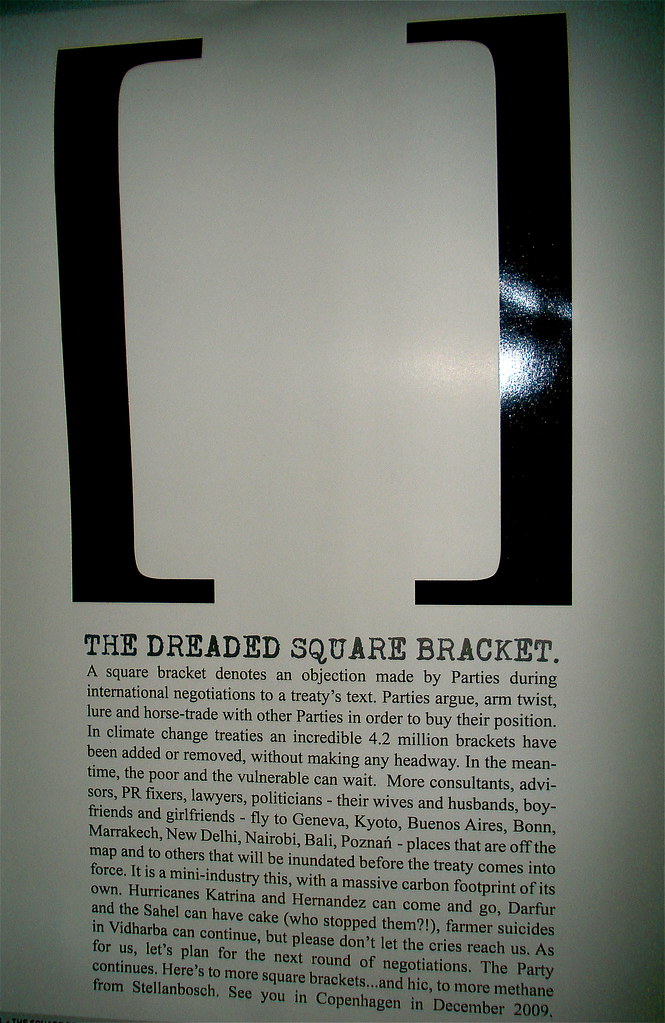 Given the historic moment that is taking place in Copenhagen in December, a monumental opportunity for the world’s nations to come together and address our global environmental crisis, I thought it appropriate to spend time reflecting on the history of climate change negotiations leading up to this point. In addition, given my current position as an intern at Chintan it also seems appropriate to situate New Delhi’s waste-pickers within this public international legal debate.

The Road to Copenhagen

19 years ago, in June of 1990, the United Nation’s Climate Panel issued a report warning that the Earth’s future was in danger as a result of emissions from the combustion of coal, oil, and gas. In 1992, the international community met in Rio De Janeiro, Brazil at the United Nations Conference on Environment and Development, or the “Earth Summit” to address this warning. The United Nations Framework Agreement on Climate Change (UNFCCC) was the result.

Approximately 200 nations signed on to the UNFCCC, the first ever agreement to address global greenhouse gas emissions. In 1994, these nations ratified the UNFCCC, making it legally binding. Since 1994, parties to this convention have met annually to further negotiate greenhouse gas emissions reductions and climate change adaptation strategies. COP 15 in Copenhagen is the fifteenth of such meetings.

For fairness purposes, the Kyoto Protocol treats industrialized or “Annex I” countries differently from developing countries. In essence, developing nations, who have had relatively little impact on total emissions throughout the years, were not given legally binding emissions reduction targets. Yet, non Annex I countries, such as India,  remain engaged with the protocol through international project financing channels, such as the Clean Development Mechanism (CDM). The CDM allows industrialized countries to finance emissions mitigation projects in developing countries and count the emissions reductions towards their own targets.

In 2005, the Kyoto Protocol was ratified by approximately 184 countries. Not all of the parties to the UNFCCC consented to be bound by the Kyoto Protocol. Most notable among these defecting parties was the United States of America, the world’s second largest greenhouse gas emitter (behind China) and second largest economy (behind the European Union).

In 2007, at COP 13 in Bali, Indonesia, Parties to the UNFCCC agreed on a climate action road map called the Bali Action Plan. This plan provided a two-year time frame in which nations could draft and negotiate a new binding agreement complete with emissions reductions targets beyond 2012. This plan culminates in Copenhagen, which has been set as the deadline for a new agreement. Since the adoption of the Bali Action Plan, numerous initial rounds of negotiation have taken place. Further hashing out of details will take place in Bangkok in September and Barcelona in November prior to the major gathering in Copenhagen in December of 2009.

Leading up to COP 15, all eyes are on US President Barack Obama to see if the US is finally willing make legally binding international commitments to addressing climate change beyond 2012. Emerging economies such as India and China are also facing international pressure to commit to binding targets even while retaining non-industrialized (or non-Annex I) country status.

India’s position leading up to Copenhagen

“Our people have a right to economic and social development and to discard the ignominy of widespread poverty. For this we need rapid economic growth. But I also believe that ecologically sustainable development need not be in contradiction to achieving our growth objectives. In fact, we must have a broader perspective on development. It must include the quality of life, not merely the quantitative accretion of goods and services. Our people want higher standards of living, but they also want clean water to drink, fresh air to breathe and a green earth to walk on.” 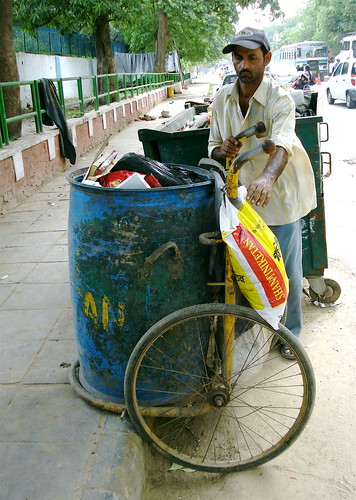 As India’s recycling service, waste-pickers have a huge role to play in emissions reductions. Indeed, waste-pickers are responsible for a substantial amount of greenhouse gas emissions mitigation work and are the backbone of recycling services in many developing countries. While it might seem intuitive that these impoverished climate entrepreneurs are ideal candidates for international support through the Clean Development Mechanism of the Kyoto Protocol, currently official funding channels remain closed to such informal economies.

Yet, in India’s National Action Plan on Climate Change, waste-pickers are identified as highly efficient recyclers with much room to grow as recycling service providers. Waste-picker’s also have representation at the climate negotiations leading up to Copenhagen to advocate for international support for their much needed work.

Of course, only time will tell what kind of agreement will emerge from COP 15 and whether or not this agreement will allow international funding for waste-recyclers. For now, Chintan continues its grassroots climate justice advocacy and the climate continues to change.