Iain founded AP in 2001 after many years of writing about and working with civil society in countries in conflict. He was a Geneva-based correspondent for the London-based Guardian and International Herald Tribune (1976-1987); authored a book on the disappearances in Argentina; fronted several BBC documentaries; served as spokesperson for the UNHCR operation in Cambodia (1992) and the UN humanitarian operation in Haiti (2004); served as a Senior Fellow at the US Institute of Peace (1996-7); and conducted missions to Rwanda and Bosnia for the UN, USAID and UNHCR. Iain recently stepped down as an adjunct professor at Georgetown’s School of Foreign Service, where he taught human rights. 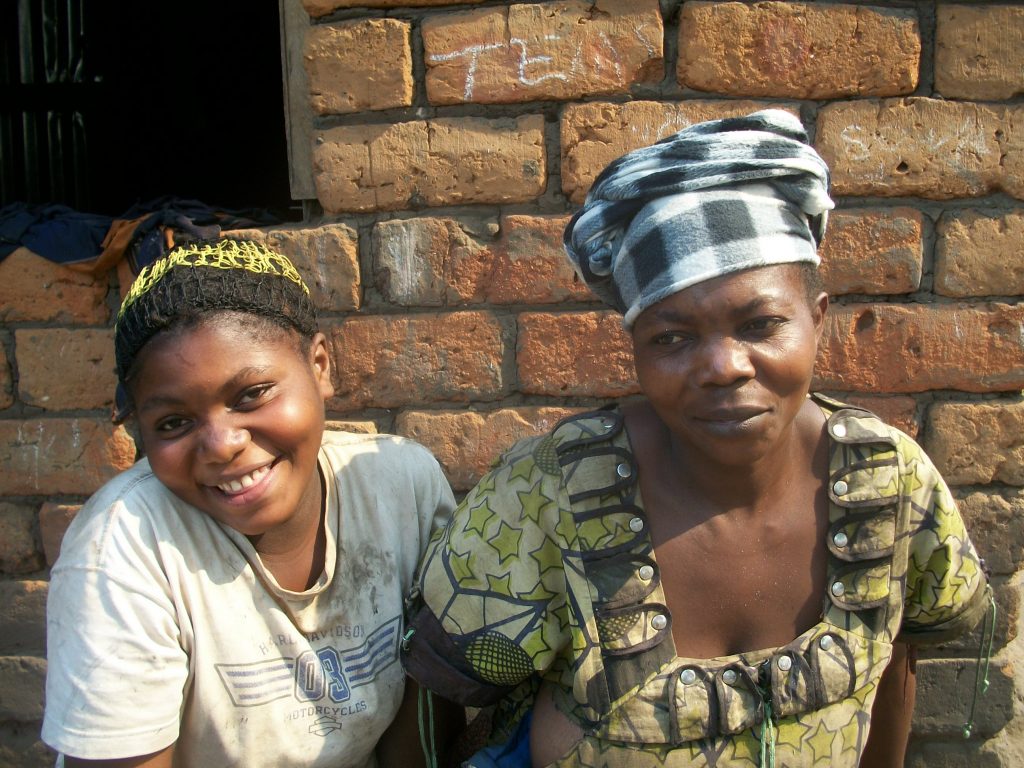 The US is accepting refugees from the Democratic Republic of the Congo, which has been referred to as “rape capital of the world.”

Washington DC, June 20: We commemorate World Refugee Day today in the wake of the shocking murder of George Floyd. If this crime taught us anything, it is that racism is about power as well as color. Few people are more dis-empowered than refugees. It is thus deeply troubling that the very concept of asylum is under siege.

When I worked for the UN Refugee Agency (UNHCR) in 1991, the number of refugees and forcibly displaced persons in the world stood at around 40 million. Last year, according to UNHCR, it rose to 79.5 million. This means that one in every 97 human beings has been deprived of the protection of their government – a truly astonishing figure.

At precisely such a moment, when the global system for managing refugee flows is sagging, the Trump Administration proposes to drive another nail into the coffin by making it virtually impossible for a refugee to secure asylum in the United States.

This is the gist of new regulations that were published earlier this week and will now be open for 30 days of public review. They must be vigorously opposed.

Asylum-seekers In The Crosshairs 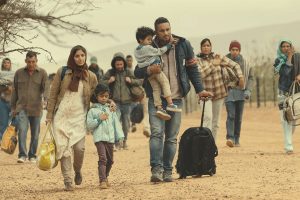 Trump’s new rules target two categories of refugee. First, there are those who manage to reach the relative safety of another country and a refugee camp, where they wait – often for years – before being accepted for resettlement by a third country.

In 2016, the last year of the Obama Administration, the US accepted 84,995 refugees for resettlement. This was miniscule when set against the global need, but it was more than the number resettled by all other governments combined. It also sent a strong message to hard-pressed countries of first asylum like Uganda and Jordan that the US was prepared to share their burden.

President Trump wants to slam this door shut. This year, the US plans to resettle just 18,000 refugees, and that was before the COVID-19 lock-down. All refugees from Muslim countries have been excluded from the US since 2018.  If Trump is re-elected, future admissions will probably be based on the value of refugees to the US rather than the threat to their security or the preservation of their families.

The second target of the new regulations are people who seek asylum directly in the US and those that have found their way in but remain undocumented.

International law (which the US follows) defines a refugee as having “a well-founded fear of persecution.” It can be difficult to establish motive, particularly if the asylum-seeker arrived without documents. But the law is clear that he or she cannot be sent back (“refouled”) without being given the chance to make their case.

Under Trump’s new regulations, judges would be able to dismiss “frivolous” asylum claims without a hearing. Anyone who has lived in the US for more than a year, or spent more than two weeks in another country without applying for asylum there (for which read Mexico), will not get a hearing.

The regulations would also bar most people who left for “political opinions,” including opposing organized crime. If you were about to get press-ganged into the MS-13 gang in El Salvador, forget about it.

This is all part of a systematic strategy to make the asylum process in the US as intimidating and uninviting as possible. Over 60,000 asylum-seekers have been returned to Mexico until their asylum appeals are heard in the US. Families have been split. Children have been put in cages.  The message is clear and blunt: “Don’t even bother.”

This cruel policy weighs particularly heavily on undocumented people in the US, who number about 15 million. Some would undoubtedly qualify as refugees under the law. Others, who were driven by poverty, would certainly not. But under President Trump they will never get the chance to find out. As the pressure grows they will be forced further into the shadows, adding to the stress and fear caused by the COVID-19 pandemic. 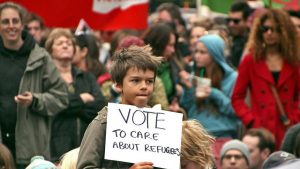 This assault on refugees and migrants in the US is a classic case of systemic racism. How can it be challenged? Beyond the obvious – working to defeat Trump in the November elections – it seems to me that local communities must assert more control over the entire migration process.

Under the present system, refugee quotas are decided in advance by the Federal government, and the refugees themselves are distributed among states by the US State Department in consultation with state governments and resettlement agencies. Many dedicated people work in this system, but it is top-down and imposed. Communities are where the refugees will live, and communities should have more say in deciding who they take in. The town of Rutland in the state of Vermont did as much when it opted to resettle Syrian refugee families at the height of the Syrian refugee crisis.

We should follow the example of Rutland, study our troubled world, and invite refugees from countries under the greatest stress. Meanwhile, local councils should ease the pressure on our undocumented neighbors by ensuring that rent subsidies, educational opportunities and emergency food support are provided for undocumented families during the current emergency. Many communities have done this, to their enormous credit, and it should continue after the lock-down ends. Employers could help by hiring refugees or undocumented workers when their businesses reopen.

Finally, when meeting a refugee in person, we should all take the time to learn about his or her courageous journey. Believe me, we will be inspired.

In short, forced migration must be rescued from the Trump Administration. Unlike their president, most Americans understand that diversity enriches their society, and that refugees repay their generosity with hard work, friendship and a deep love of their new country. It is time to fight for this core American value.