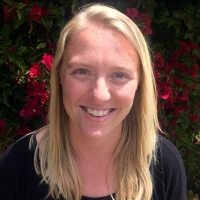 Tochi Primary School, the first school to receive a GDPU Accessible Toilet as well as specific trainings on inclusivity, is doing well. Students with disabilities are no longer bullied like they once were in 2015. The inclusivity trainings have brought the challenges that students with disability face to light and the staff and teachers have used the trainings to make the school more welcoming to these students. The school also has a teacher now with a physical disability that has further helped students to see that, “disability is not inability”. The school is faring better on sanitation and hygiene as well. They have hand-washing stations with soap that are set up and used by students. The accessible toilets are kept clean by staff and students and are used by students with disability regularly. 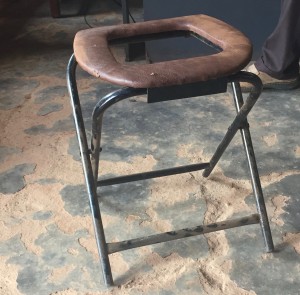 Foldable seat that students with disabilities can use instead of squatting.

Two areas that the school reported as weaknesses are vandalism and water access. The community continues to be an issue in terms of attempted theft and misuse. However, Tochi is making progress to curtail these issues. For example, to address the boda drivers who use the paved pathway as a shortcut to the rode (cutting through the school grounds as they do so) the former head teacher began construction to seal the gaps between buildings. The current head teacher has continued this effort and they hope this will end the use of the school grounds as a short cut. Water access is a larger issue that affects many schools in the region. At Tochi, because the toilets that were installed in 2015 were porcelain toilet bowls, they need to be cleaned after each use. Without access to water, students with disabilities have to gather water from the borehole, which is not close to the latrines, and bring it to the toilet each time they need to use the bathroom. Usually, this requires the assistance of another student or a teacher. Patrick, of GDPU, came up with a solution: the porcelain toilet seats will be carefully removed a hole will be sunk à la Ugandan squat toilet but there will be a foldable, moveable seat that can be used by students with disabilities (pictured to the left). This will then solve the need for water after each individual use. 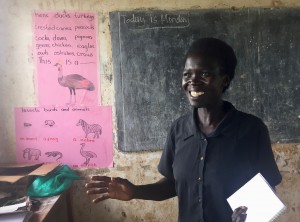 Monica, a teacher trained in special needs education at Tochi.

I also learned, through discussions with one of the teachers, Monica, that it is a government requirement that each school have at least one teacher trained in special needs education. Tochi has two (including Monica, pictured to the right) and Ogul has none. Despite having two at Tochi, Tochi teachers and the head teacher of Ogul Primary School, have mentioned that they are not equipped to deal with the needs of students with disabilities. The common response to children with hearing or visual impairments is to seat them at the front to make it easier. These are the realities on the ground in rural communities in Uganda.

On paper, the Ugandan government looks to be taking a supportive role in creating an inclusive environment. They’ve ratified international treaties like the UN Convention on Persons with Disabilities, as well as creating legal protections within Uganda through the Persons with Disabilities Act and creating the Department of Special Needs and Inclusive Education within the Ministry of Education and Sports. However, money also needs to be committed to this or the laws will go no where to improve the lives of students. Part of the work that I am doing here this summer is to highlight the need for accessible toilets in rural primary schools like Ogul and Tochi and draw attention to the needs of students with disabilities. While installing the accessible toilet at Ogul, we will also be speaking with the district and sub-county government to encourage them to invest in accessible and inclusive education through increases to the budget that can help poorer schools like Ogul and Tochi make needed improvements to their infrastructure. 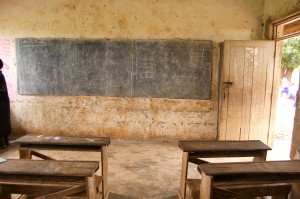 On a personal note, part of my dismay at seeing the lack of support for students with disabilities comes from my mom. She works as a Special Ed. Instructional Aide in a local elementary school in my home-town. This elementary school has an incredible commitment to inclusive education and has talented trained teachers who advocate for and work hard with their students. This isn’t the case in all schools in the U.S., I’ve been to plenty where there are no funds for special needs students and they are ignored in much the same way as in Uganda. But there are some schools both in the U.S. and in Uganda where teachers like Monica and the special education staff at Lake Bluff Elementary School are making a great investment and commitment to their students.

To see updates on construction at Ogul Primary School check out the flickr album here!