The economic status of the women of Nepal, in rural areas particularly, lags far behind that of their male counterparts. There is a strong bias in favor of male offspring in the country. This means that the girl child in Nepal is discriminated against from as early as birth and does not enjoy equal access to opportunities to enable her achieve development. This custom is the main reason why the situation for Nepalese women is characterized by low levels of access to education, economic, social and political opportunities as well as healthcare. Despite continued efforts by the government, non-governmental organizations and international development agencies to empower women in Nepal, significant improvement in their social and economic status is yet to be seen and felt at the grass root level. 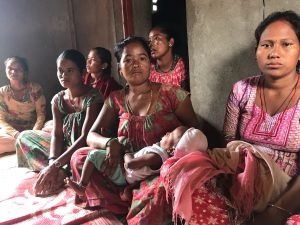 Sustainable and continued development in Nepal will remain unattainable unless women achieve equal footing with me in the development process. There are significant gender-based inequalities in practically every sector. Disparities in access to education, ownership of assets, education, healthcare and social and economic mobility are still profound. The available empirical evidence from the 2011 census clearly suggests that the illiteracy levels among women are significantly higher than those of men (ranging from 26% to 47% among males and 47% to 66% among women). The data on the literacy levels for the Tharu and other disadvantaged groups of people is not available from the 2011 census. Given the fact that the social and economic conditions of poor people like the Tharu has not changed much in the past few years, it could be assumed that their literacy level also may have hardly registered any significant change. It is important to note however, that surveys conducted by INSEC (Informal Sector Service Center) suggests that the literacy situation among the Tharu has been improving in recent years.

According to the Gender Development Index (GDI), Nepalese women face far worse socioeconomic conditions than women from any other South Asian country. Their maternal mortality rate associated with teenage pregnancies and low-quality healthcare services is alarming. It has been ranked among the highest in the world. In the professional arena, women remain far behind men as well. Participation in politics is yet another example. Only one-fifth of women hold political seats and the same pattern is consistent in professional occupations and administrative jobs. There is a substantial proportion of women who are economically active but the majority of them are casual laborers and / or unpaid family workers who are involved in subsistence farming as their way of life. More women need to take charge of their individual agendas, raise their status and capacity and push forward the country’s economic development goals. This is why the government and many NGOs have focused their efforts on empowering women. This is a concept that has taken center stage in the eradication of global poverty agenda and in line with several SDGs. The initiative rests on capacity building, awareness-raising, increased decision-making power at the household, community and national levels and organizing women in order to overcome unequal and unfair disparities. 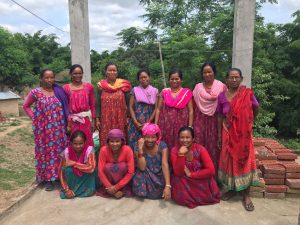 The concept of women empowerment places an emphasis on self-reliance but realizes a wider dimension for a much broader understanding and application. Allow me quote UNICEF’s broader women’s empowerment framework that focusses on five levels of equality: 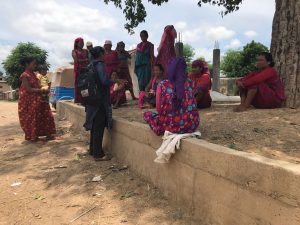 I particularly like this empowerment framework because it can help development agencies including the government to determine at what point they would want to intervene so as to champion for equality. It is my personal opinion that one of the most important strategies that the government, non-governmental organization and international agencies need to focus more on is emphasizing women’s literacy and vocational training to spur local employment. There is a latent demand for education among these women who not only realize the value of education but want to attend schools and literacy classes in order to lead a better life. They acknowledge the empowering role of education. The ability to read and write is seen as a necessity to access information and employment opportunities. Some of the daughters of the women I met during my field visits to several villages already own a sewing machine. This could be an easy transition for them to learn the skill of the trade without breaking the bank. 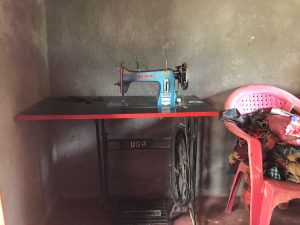 There is a tendency these days to give up on poverty, to dismiss it as a sad but inevitable part of our lives, particularly when even the economic giants of our time face economic challenges of their own. However, it is worth to remember that sheer grit, and a helping hand, can sometimes blaze a trail where none seems possible. I came to Nepal partly to identify and design a social, innovative project that could benefit Kamlaris and lift them out of poverty and the social injustice that they have faced for decades. I promptly met many amazing women who shared their stories with me and who reminded me something that my mother and my grandmother have always jokingly told me.

Lets give these women a chance to change their nation!