I’m interrupting our story of Kakenya’s school and the people of Enoosaen to update you on the women’s village of Umoja Uaso:

Today, Wednesday, when Rebecca (the chief of the women’s village) was in the village hall for a workshop, her former husband arrived under the acacia tree, shotgun in hand.  He cocked the weapon and yelled for Rebecca to come out. I’m going to kill her, he said.  Waiting, he pointed the weapon at the other women, threatening anyone who got in his way.  When Rebecca refused to come out, he stormed through the village to the nearby campsite and locked all the huts and took the keys, declaring this was all his land and none of them had the right to be there.  As he was leaving the grounds, he shouted, “either I will die or Rebecca will.”  The land title is in Rebecca’s name, but because she is still considered married (can’t get a divorce in Samburu-land), her husband can claim the property as his own.  It is possible that he helped her register the land in her name for this very purpose. The women of Umoja scattered immediately, fleeing to relatives, to friends in other villages, some just running without a safehouse waiting for them.  Mr. Lolosoli (that’s Rebecca’s former husband) roamed in and out of the deserted village all day, gun at his side, a rabid predator. 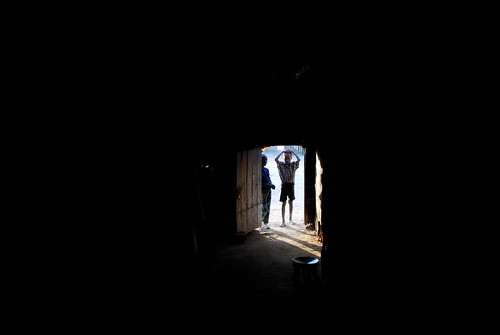 I called Rebecca this evening as soon as I heard; her voice was noticeably hushed and her laugh shaky with nerves.  Is it because of the money? I asked.  Rebecca just recently returned from a crafts show in Sante Fe, New Mexico, where she brought in thousands of US dollars from the sales of Umoja’s jewelry that will be used to support the women collectively.  Rebecca paused on the phone: “I don’t know, maybe.  No – I just don’t know.”  Before the commotion, Mr. Lolosoli sent someone to beat Rebecca as a warning.  It was her own son.  I had to ask her to repeat herself: you mean, your husband sent your own son to beat you — and he did?  “Yes!” I didn’t know what to say next, so I asked what seemed like a useless question: what do we do now?  “The police are on his side, so there is nothing we can do.”  On his side?  “He is a big business man in town, you know, and he has connections with the county council.  The police will not intervene.”  What limb of power, what step on the ladder, is next when the national police force is out and the local government is holding the hand of the man who holds the gun to the face of 48 women and their children? In one act of unfounded retribution, the foundation of this revolutionary women’s village is cracked and shaken – because this man, this successful business man with his own hotel and restaurant, wants what he doesn’t have.  Rather, he wants what the women have.

Rebecca, like her Umoja sisters, has fled to a nearby town (also known for its instability, but here the tension is between the Burana and the Samburu), and she has no idea what comes next.  If you know anyone in Kenya or in the international community that can help Rebecca and her village against these injustices, do not hesitate to use your phone, computer, fingers, brain and heart.  There is no time to lose.

**Visit the Advocacy Project website for a thorough report. 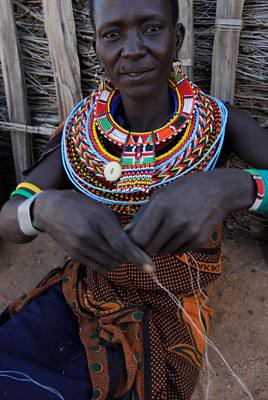