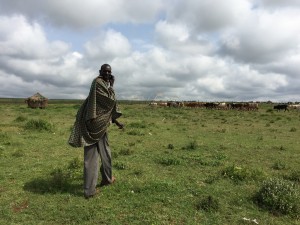 If there is anyone who has personally experienced the benefits of CPI’s programs, it is this Samburu man named George. He is quite a character, very full of life, and extremely passionate about peacebuilding in his community. 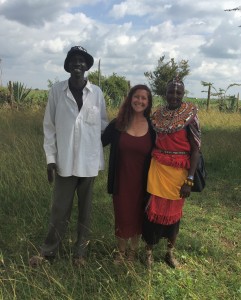 A former police officer, George is a prominent leader in his village who graciously walked us house to house speaking to several different families involved in CPI’s work. He knows everyone, everyone knows him, and he can make anyone laugh. One of George’s children participated in the first peace program hosted by CPI and his family is one of the recipients of the Heifer for Peace program.

As I briefly explained in my previous blog post, CPI’s model works in phases. It begins with a week-long peace camp in which two children of opposing tribes are paired together as ‘friends’ and ends with the introduction of a heifer for the families of the two children to raise. In order for the families to receive a heifer they have to prove over an extended amount of time their personal dedication to maintaining a relationship with the families they have been paired with. It is throughout this process that CPI’s work achieves its profound ripple effect, by integrating the entire families in the peace program for a mutually beneficial outcome. 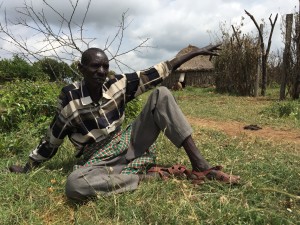 It was truly a pleasure to walk with George and get to know him as he spoke animatedly about first encountering CPI in 2011 and how much it had changed his life. He showed us where his home was years ago and explained how the violence forced him to move away from the land but now, he has a new shamba and even has given land to his brother to live on. He took us to see the livestock he has accumulated, some 30-40 cows, thanks to stability in the area whereas at one time he was only left with 6 because of cattle raids. He is filled with information and even told us that because of the extended calmness in the area (i.e. lack of gunshots) they are seeing a return in wildlife such as giraffe and lions! 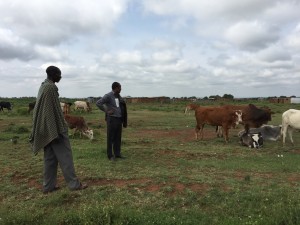 The above picture shows George and Hilary, one of CPI’s two founders, standing among George’s herd, including the heifer provided by CPI. In this Samburu community and other Pastoralist tribes livestock is the primary source of food and income. George’s appreciation for CPI and specifically Hilary for the heifer program was obvious in speaking to him for even just a few minutes, so much so that he has become a leader in advocating for peace in his village and he will continue to act as one long after CPI’s programs have concluded.