“Sports.” The word in and of itself stimulates a dozen smiles by the KCE girls’ volleyball team. Having won the District Championships for the West Transmara District, Keyian Division last month, the girls only had two more games to win to qualify for the County Championships.

The KCE volleyball team has defeated dozens of teams in order to get to the District level. Just to give a little context, school sports teams begin their seasons playing in a zone, winners go to the sub-zone and then up to the division level and on to the district, county and finally the national. Thus, they were competing against the following divisions from separate districts: Pirar, Loligorian and Kilgoris. 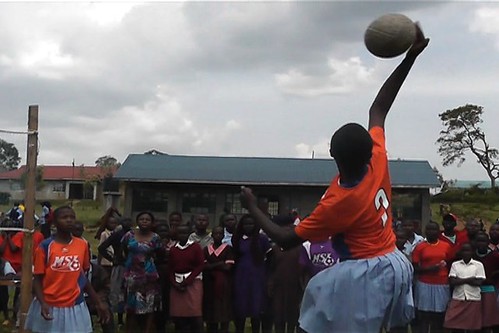 In Kenya, school sports work a bit differently than they do in the US. When a team wins a game, they recruit the best players from another school’s team, giving rise to a team made of star players from many different schools. This was actually not the case for KCE’s team. All of the girls representing the Keyian Division during the district championships were from KCE, which made their victory all the more exciting for their local community. 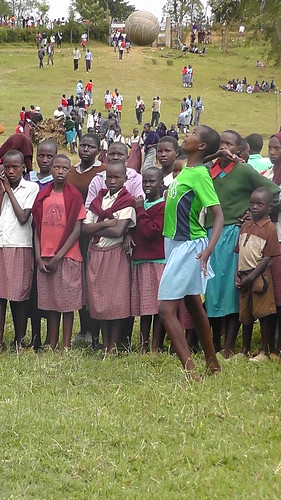 “Concentrate, concentrate,” Mr. Bett the athletics teacher says time and again during their championship play against the Loligorian Division. The importance of the game was worn on their faces, some quite stern, others nervous. While watching these girls practice under the direction of Mr. Bett, I had taken notice of their speed, agility and the seriousness in which they play. Though these girls are small in size compared to most of their opponents, they play strategically and with an energy and enthusiasm that has enabled them to win. The confidence that these girls emit is one that many KCE girls possess in a culture where girls’ sports competition is relatively new and therefore significantly lacking in resources. 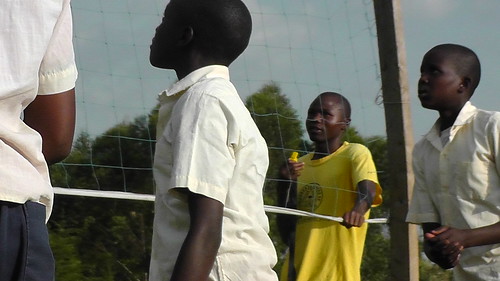 For example, the same day as the girl’s competition, the boys District Championships were taking place at the neighboring Secondary Boys High School. The boys’ team appeared very professional, they had thousands of attendees, sports commentators on microphones, numerous food stands, and the equivalent of box office seats for those highly respected of the audience members. 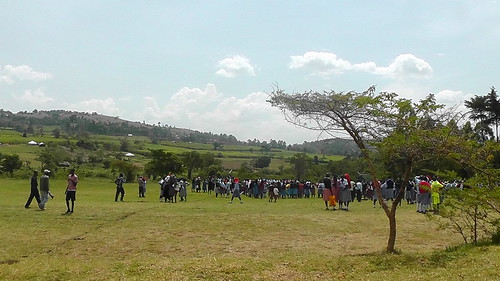 The girls’ District Championships took place at Enoosaen Secondary High School. The game was delayed for sometime, few chairs were placed outside, and the audience was sparse. There were more whispers than cheering. 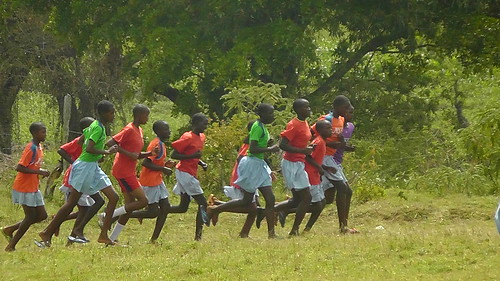 Though our audience was fewer in numbers than the boys, those that trickled in said they were there just to watch KCE play. I also didn’t hear any complaints about these differences from the team. Rather they were pleased to have received second place against the Kilgoris Division, eager to continue competing, determined to play their way to the top.