Prologue: On the Trail of Agent Orange 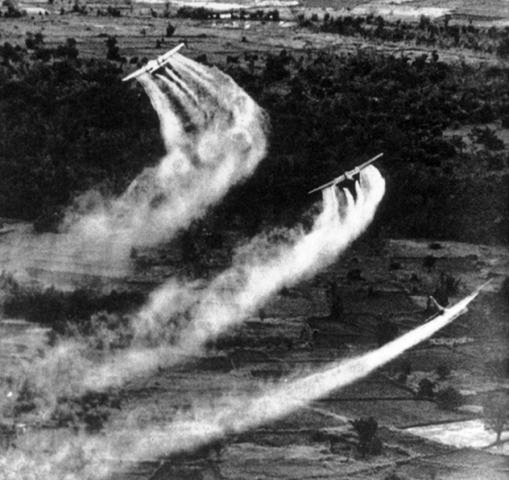 In one month, I will be traveling by night train from the capital city of Vietnam, Hanoi, to the central province of Quang Binh, where I will be working alongside the Association for the Empowerment of People with Disabilities (AEPD) on a fellowship that is now coming to be called “On the Trail of Agent Orange.”

This fellowship is due to one of the most important NGOs I know of working in Washington DC: The Advocacy Project (AP). Over the years, AP has sent fellows into locations many people want to forget exist. Our pre-departure training over the past week has recounted stories of fellows covering the United Nations relief effort in Bosnia, building the capacities of NGOs and civil society actors in Kosovo and Afghanistan, and launching a successful (scalable!) field program to prevent war rape in the Democratic Republic of the Congo.

Over the years, AP has amassed a network of past fellows and supporters that now includes seasoned writers, government officials, gender specialists, development practitioners, and civil society professionals. What makes them all stand out is the complete conviction in systemic social change, the kind that can only come from the empowerment of our world’s most marginalized populations. It is almost literary that we, the latest group of Peace Fellows, have our pre-departure training at the Church of the Pilgrims, not for religious reasons, but for the secular meaning of pilgrim, what my dictionary defines as: “one who campaigns vigorously for political and social change.”

And, while each day we learn something more about social media or photographic perspectives or NGO management or fundraising, we are also learning about each other and the kind of infectious optimism that breathes life into the areas Fellows go. It reminds me that day in and day out, there are people all around the world turning up in underfunded NGOs, defending the rights of women and children, as well as the untouchables, the stateless, and the disabled, in what amounts to—I’d argue—our global humanity.

I am deeply fortunate to be joining AEPD at a time when the issues facing persons with disabilities in Vietnam are widening in focus, including what should have been acknowledged and dealt with long ago. Agent Orange and the dioxins used during the Vietnam War have denied over three million people, including 500,000 children, the right to live with the physical and cognitive advantages of the rest of us. As an American, I find it redeeming — as I hope those I encounter in Vietnam do too — that momentum is gathering and something, once and for all, will be done for the survivors and families of Agent Orange.

If you have read this far, I hope you will consider signing on to my blog’s listserv (I promise I won’t spam you!) and the blog’s of my fellow Peace Fellows. If you feel so inclined, send this around in the social media of your preference. Over the next few months, I will be producing original website content for AEPD, including more videos, photographs, musings, and blogs “On the Trail of Agent Orange.”