Remember that feeling when you were little after your birthday party ended? All of your presents had been opened, your cake had been eaten, and all your friends had gone home. You were suddenly alone with your parents with nothing to do except clean up the mess you had so much fun making. It’s an emotional comedown that leaves you with an amount of deflated emptiness proportional to the anticipation and excitement you had leading into the event, and it leaves you with what seems like an unreasonable pit of sadness. Honestly, I don’t think we ever really outgrow that feeling.

I sat in an armchair in an empty classroom after the health camp. The classroom was concrete painted a dirty gray and white, only lit the the cool natural light coming in from the windows. The school grounds were empty except some of the volunteers, Care Women Nepal staff, and packed boxes. It was quieter than I had heard it over the past three days. No birds in the sky, no chickens in the distance, no crying babies, no patients fighting to be seen first, or chatting crowds. Nothing but stillness. I was on the verge of tears – my birthday party was over. The medication was distributed, patients had been seen, and the doctors had driven away down the muddy road. 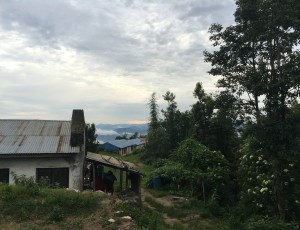 The grounds of the school after the health camp ended

I had been invested in the process and I had participated every step of the way, but this ultimately wasn’t even my birthday party. I won’t wade into the metaphor in order to try the equivalent, but this was truly Indira’s event. I couldn’t even imagine how exhausted and she relieved she felt once everything melted away. But, to me at least, there was something that seemed so final about this closing. Since the beginning of May, this health camp had been the grand thing that I had been working towards. My fellowship has some other incredibly important components, but this event was central in my mind and it was somehow over. A similar feeling of disbelief and adjustment hit after the surgeries. The two days of the health camp had been incredible. Incredible may not even be the right word – hectic, exhausting, frustrating, intense would all probably do more justice – but once it was over it was incredible. It was all a blur, but my God, it was beautiful. 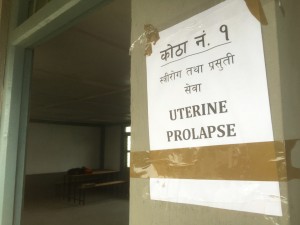 I’ll have more posts to come with numbers and profiles, but I don’t know if I could get there without posting the raw emotional reaction first. I wish there was more. Or that time had gone slower so I could’ve taken more of it in. I spent a large majority of my time in the OBGYN room and I have no words for the gynecologists that volunteered their time (I guess I have a few: warm, gentle, intelligent). There could’ve been five of me and it wouldn’t have been enough to take in everything, and I think that’s where a lot of this birthday party feeling comes from. I want to knock on the door of the person who handles time and demand more time talking to patients while holding their hand, more time with those doctors, and more time in those two days. I want to knock on that door and say, “Excuse me, but I wasn’t done yet and I’m not quite ready for it to be over.” And I want that person to apologize profusely and allow me to relive those two days so I could get every last drop out of them. 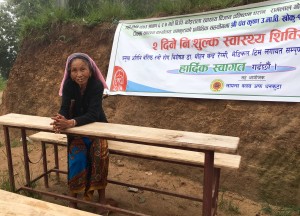