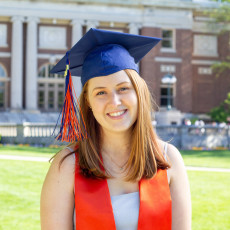 Abby is a recent graduate of the University of Illinois. She is a Global Studies and History major with a focus in human rights. She speaks French and is in the process of learning Arabic. Abby studied in Paris last spring where she had the opportunity to learn and interact with the different immigrant communities there. She is very passionate about global issues and is excited to use this time at the Advocacy Project to tackle some of these issues in a concrete way.


It’s Time to Come to Terms with What America has Always Been.

It’s hard to know how to start a blog discussing the events of yesterday. I have sat in front of a screen for 30 minutes, writing, and then deleting sentences over and over, failing to find the most important emotion to capture.

I am 21 years old and have lived through many important events. When I was one and a half, the attacks of 9/11; at 13, a classroom of first-graders were killed in a school shooting; at 17 Donald Trump was elected; at now at 21, the U.S. Capitol was besieged for the first time since 1814.

When you look at all these events together, and the many more that I chose to not mention, you may think that I have experienced a great deal of change in my life. However, while these events certainly left an impact, it is hard for me to say that I felt a major change in the country, or at least not a change for the better.

Anyone who was surprised by the events of yesterday has not been paying close enough attention. I did not grow up in a time of extreme patriotism like my baby boomer parents did. I grew up in a time of fear, where when a horrible event took place, instead of banding together, there was extreme push-back against making the issues better. I hope that yesterday was serious enough that actual change can occur but it has been discouraging to have only seen more and more of this stuff emerge as I have gotten older. 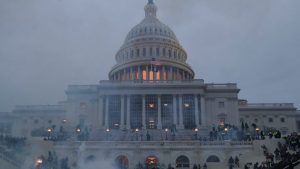 As depressing and disappointing yesterday was, there are still lessons that can be learned. The first and foremost is that there need to be repercussions. Far too often, the perpetrators of these acts get off easy so that the country can feel more harmonious. However, when they are the ones that create the issues in the first place, why do we insist on forgiving them when they have demonstrated they have no interest in keeping the peace.

Second, and I would argue even more important, is that we come to terms with what this country looks like. Perhaps not having grown up during the Cold war, has made me far less motivated to ignore the country’s flaws in favor of pure, blind patriotism, but the events of yesterday did not come as a shock.

I have repeatedly seen people say that the actions of the individuals yesterday were “not American”. While their actions may not reflect what we want America to stand for, to say that it is not American feels as if it is ignoring the reality that this behavior has existed in America for centuries. It may not be what many of us see as the ideal of America, but to me, it reveals what has always existed. Many claim the events of yesterday reveal a change that has come about after Trump, yet I would argue that it only exposes the types of movements that have always been permitted, if hidden in America.

White supremacy and white privilege have never gone away and yesterday was just a more visible example of that. Those who are shocked, are simply failing to see that these are not new issues. If we cannot confront that our country has always allowed for the presence of these ideas, then there is no hope to actually make a difference and move in a positive direction.

This election was my first presidential election. Many of my peers have also voted in their first election and the vast majority of people my age are showing themselves to be conscious and ready to combat the existing problems in the world.

I hope that this new generation will continue to push back against inequalities and racism and permanent changes can be made. We will one day be the decision makers, and I hope that the failures of our childhood will encourage us to never give up. Yesterday can be a learning experience for the country, but only if we come to terms with the reality of the situation. Only then, will I be able to say that I have seen real change in this country.