Lindsey Crifasi (Survivor Corps in Colombia): Lindsey received her BA in Spanish and International Studies at the University of Kansas. After graduation she was able to spend a year working with children with disabilities at a local elementary school. In the summer of 2008, Lindsey worked as a language teacher in the shantytowns of Rio de Janeiro, Brazil. In 2009, she interned at Amnesty International. Lindsey graduated from American University with her Masters in International Peace and Conflict Resolution.


A demobilized paramilitary wants the best for his village 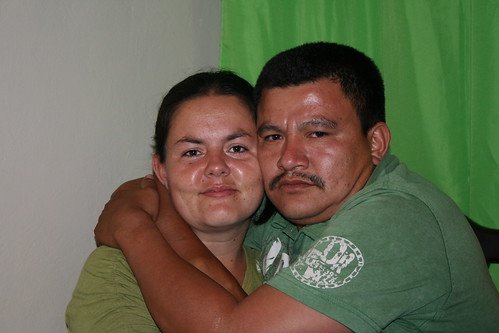 Don Diego feels remorse for his time as a paramilitary. He was in the autodefensas (self-defense forces) for almost four years, only a few months of which entailed an actual combat position. Don Diego was (and still is) close with a paramilitary commander named MacGiver (pronounced, mock-gee-bear), whose autodefensas career began in 1988 after the murder of his brother by the ELN guerrilla group.

Don Diego joined the paramilitaries in 2000. He says he joined to end the injustices carried out by guerrillas which were very active in that time in his village. He wanted to protect people. Because of his close relationship with MacGiver, Diego was appointed as head of social programs for the autodefensas around San Francisco, where both men are from. Through this post, Diego would liaise between the village and MacGiver, coordinating the construction of new roads, infrastructure such as street lamps, and other projects.

Diego’s take on his country’s conflict struck me as suprisingly lucid. The high exposure to propaganda through cable news and the armed groups themselves let alone his obvious bias to the group of which he was a member seemed to not effect his explanation. He was demobilized in 2005 through the Justice and Peace Law, which aims to “negotiat[e] the transition to peace with the right-wing paramilitary groups, by offering them incentives to give up fighting and at the same time redress the victims, ensuring justice and finding the truth.” He is confident that almost everyone from San Francisco involved in the autodefensas has been successfully demobilized, but fears the lack of job opportunities in his village may end up back with the autodefensas in another part of Colombia.

What Diego wanted to make very clear with me is when explaining how the autodefensas worked in San Francisco, is that he is NOT generalizing about paramilitary groups. He can only speak for the San Francisco autodefensas. They took up arms in 2000 because the guerrillas were invading and the Colombian military was not present and did not seem to be planning a presence. He does not know what the other autodefensas do or why they join.

I asked Don Diego, as his friends call him, why he decided to get involved in the reconciliation process. He told me he didn’t have a lot going on (a common situation for San Francisco citizens) and he, without sharing details, he explained that when he first joined the paramilitaries he was involved in combat. Enough said. He seemed to have some skeletons in the closet he did not feel comfortable sharing with me in the presence of his wife. He instead emphasized the experience he had as head of social programs. He was also proud to have been the liaison between the encarcerated MacGiver and victims in San Francisco. Victims ended up being about to visit MacGiver in the high-security Bogotá prison where he is serving a 20 year sentence, all on MacGiver’s bill.

Don Diego is proud of MacGiver’s social bent while commander of the paramilitaries around San Francisco. He, like MacGiver, want to see their village succeed. Diego is disappointed with the lack of government subsidies or even interest in his village. He envisions San Franciscan’s harvesting sugar cane or tending to any kind of farming, but does not think the government will provide such opportunities. Until then, Diego is doing his part by participating in reconciliation forums and conflict resolution workshops. Don Diego is surviving life after autodefensas.