A Glimpse into a Life with Uterine Prolapse

Disclaimer: I had planned to release a blog post about the actual surgeries before posting the profiles, but I’ve decided to switch it up. All the surgeries were successful! The other women on the list will be given a chance to receive the operation when Care Women Nepal does another round of operations.

If I had thought the operations were beautiful, I have no words to describe the absolute awe the stories of these four women inspired. The day after their operations, Chanda and I interviewed each woman about their experience with uterine prolapse. Each woman met us with such openness, warmth, and appreciation.* 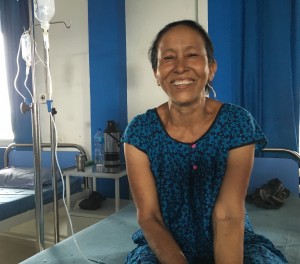 Ratna Kumar Shrestha, 58, lives in Dhankuta, Nepal. A year and a half ago, Ratna noticed her uterus protruding from her vagina: stage 3 uterine prolapse. It got hard to sleep and really hard to work, especially because her job includes physical labor. Every time she had to use the restroom, she would have to push her uterus back inside of her body to pee. She turned to her husband of 43 years for support. Thankfully, he took the news easily and helped her seek medical attention. On the inside, Ratna had felt that her uterine prolapse was not only a burden for herself, but for her family as well. Now, after the operation, Ratna expresses joy that she will be able to work and there won’t be sadness in her home. 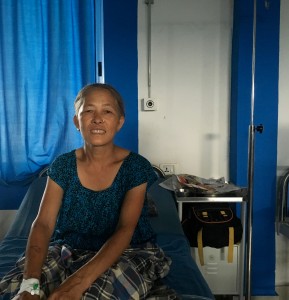 Dhanmaya Limbu, 52, lives in Tankhuwa, Nepal. Dhanmaya’s uterine prolapse presented before she gave birth to her children. The uterine prolapse resulted in difficulty giving birth and worsened with each child. Although emotionally and physically painful, Dhanmaya could not refuse the pressure placed on her by her husband to bear more children. She gave birth to a total of five children and experienced uterine prolapse for 22 years. Her friends in her village have shared their experiences with uterine prolapse amongst themselves, many suffering from it themselves, but they do not want the surgery because they think they will die as a direct result. Dhanmaya heard about Care Women Nepal’s health camp in April and felt so passionately about it that she came and personally sought out Indira to thank her and to discuss her uterine prolapse. Over a week after her operation, she reports that her family is taking care of her and she is doing well. 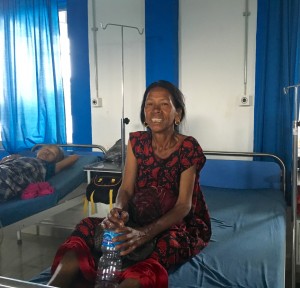 Maan Kumari Basyal, 55, lives in Tankhuwa, Nepal. 35 years ago, Maan noticed that her uterus was poking out of her vagina and went to the local hospital. She had very little money and could not afford the operation. At some point, two female politicians in her village promised to help her obtain the operation. They never followed through with their promise and Maan was left hurt and disappointed – she feared that she would die before she got relief. She had told her family about her uterine prolapse, but they did not understand her problem. Only one family member, an in-law, encouraged her decision to come with Care Women Nepal for this operation. Her own daughter, out of fear, discouraged Maan against this operation because uterine prolapse “wasn’t something like cancer” and wasn’t worth the risks of undergoing surgery. Her son even called her before her operation, scolding her, “Why are you doing this?” Ultimately, she confidently made the decision for herself and is very excited to be moving forward without the pain of uterine prolapse. 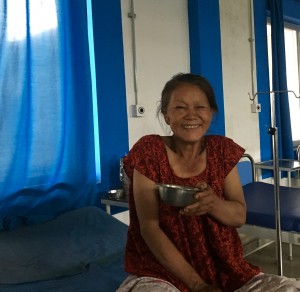 Uma Kumari Limbu, 57, lives in Tankhuwa, Nepal. She has suffered from uterine prolapse for 21 years. She had noticed the prolapse before the birth of her littlest son, but noticed that it worsened after his birth and her uterus began coming out of her vagina. Previously, she had not sought out surgery because of economic problems and lack of familial support. Going into the operation, Uma was the only one out of the four that was not scared. She felt that even if she died on the table during the operation, it was worth the risk. She’s looking forward to the positive economic benefits that this surgery will bring, for she will be able work at her fullest capacity. Over a week after her operation, Uma is doing extremely well and still taking rest.

*More photos of these women and the operation process can be found at my flickr page!