Wilson is pursuing an M.S. at the Edmund A. Walsh School of Foreign Service at Georgetown University with a concentration in Global Business and Finance. He went to the University of Washington, Seattle for undergrad, earning a dual degree in Political Science and Philosophy, each with honors. He also obtained a certificate in International Security and minored in human rights. Wilson also participated in an exchange program in Institut d’etudes politiques de Paris in France and earned an additional certificate in International Affairs and Strategy. During his undergrad, Wilson also worked as both the second and first vice chair and the chair of the 21st legislative district of the Democratic Party in the state of Washington. In addition to English, he speaks Haitian-Creole and French. After graduating from college, Wilson went to work for Apple as a product specialist. He also hosted radio shows for five years and did community choir conducting for two and a half years. Wilson enjoys playing the piano. Post-graduation, he hopes to work as a civil servant for the government, specifically the United States Department of State.


A Global Playbook to Invest in People with Disabilities 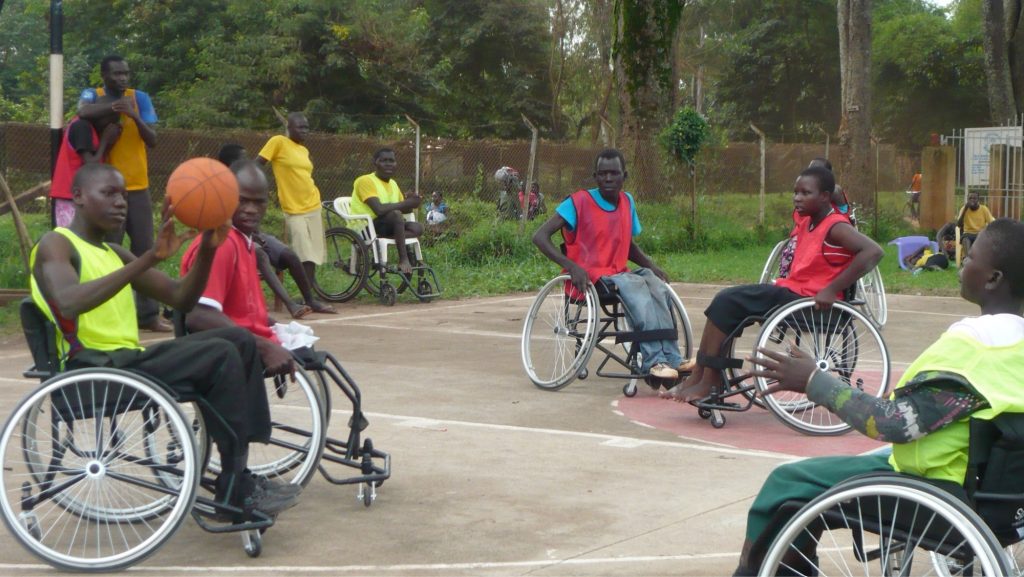 Full of energy: at the GDPU centre in Gulu, Uganda.

According to a Human Rights Watch report from 2018, over one billion people in the world live with a form of limited mobility, which is about 15 per cent of the world’s population (“UN: War’s Impact”).

In places where poverty, violence, and conflict reign, the rate often increases to as high as 18 to 20 per cent. For example, another report published in 2014 by the Uganda Bureau of Statistics states that the proportion of Ugandans aged five and older living with a disability was 14 per cent. However, in the northern Acholi region that includes Gulu, the figure was raised to 17 per cent (“Persons With Disability”).

This is a result of twenty years of war in northern Uganda. The Human Rights Watch report explains that, as the conflict occurs in a particular country or region, the number of people who live with a disability will rise as a result of the following: violence, crumbling infrastructure, lack of access to healthcare, psychological stress, and increased poverty that exacerbates existing inequality in the society. These factors additionally make it nearly impossible for those who already live with a noticeable condition to become self-reliant.

Considering that concerns about inequality have been at the front and centre of many international organizations for social impact, investors wallets guide about investments to help people with disabilities achieve their potential have been minuscule. Whether it is in industrialized or third-world countries, if society wants to help those with limited mobility to become valuable contributors to the world economy, I would argue that economic development and education should be viewed as two vital instruments that can bring that about.

Why can economic development be a crucial tool when it comes to not only reducing the incidence of disability in a community but also improving the opportunities available to those who live with existing conditions? One reason is that economic stability promotes better education, and thus helps nations or communities to develop institutions that enable people with disabilities to obtain a formal education. Moreover, a more stable economy will allow for better infrastructure, not only in the area of healthcare but also in the form of better transportation systems that ensure that those with disabilities can travel safely and become more independent.

Despite the economic disparity that continues to exist in wealthy countries, people with physical and mental conditions tend to do better in these places given that the justice system enables members of this group to report discrimination and make their voices heard through advocacy organizations or movements.

For example, in 2017, I had an issue with the LSAC, the organization that administers the Law School Admission Test, refusing to accept various letters of accommodation that I submitted for the exam, which could be considered a violation of the Americans with Disabilities Act (ADA).  After they refused to cooperate, I contacted the National Federation of the Blind (NFB) and the American Council of the Blind (ACB), and they immediately contacted the LSAC.  Knowing the power of these organizations, within three days, the LSAC did grant me accommodations for the exam.

The power of such organizations would not be as strong in a country suffering from deep economic instability and conflict as they are in the United States, where the US economy has allowed the country to produce a justice system more equipped to serve the public. This has given advocates in the US the means to pressure certain institutions so that laws on the books that give rights to people with disabilities can be respected. Where there are widespread poverty and conflict, there are fewer resources available to meet the needs of the whole community. Those who live with a physical or mental condition are too often among the first to be completely left behind.

Ultimately, the only real way to address this injustice is for multilateral organizations, such as the United Nations, European Union, Organization of the American States, African Union, and others, to form a worldwide entity and collectively design a playbook and budget. This plan would provide economic resources to assist people with disabilities in education, employment, and investment in micro-enterprises as well as larger businesses.

Moreover, this playbook should contain provisions that allow multilateral organizations to push heads of states to pass and enforce protective laws and take more concrete steps in their respective countries to integrate those with disabilities in the full spectrum of civilian and government affairs.

Although implementing this proposed approach in countries with deeply rooted economic challenges will be difficult, I believe that a worldwide organization can serve as a support mechanism to bridge the inequality gap between people with noticeable conditions and the rest of their communities.