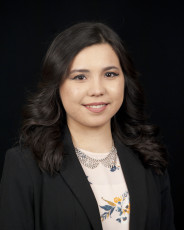 Ezoza recently finished her junior year as a second-year resident advisor (RA), and first-year RA section leader. During her time being an RA, she received the Mid-Atlantic Association of College and University Housing Offices Academic Excellence Award. Her other involvements include historian of the History/International Affairs Club and PR co-chair of the Student Alumni Association. Most recently, she was part of the student planning committee for the University of Pittsburgh at Bradford's 2020 Presidential Inauguration Ceremony. Ezoza has utilized her past summers and breaks to intern at Duvall Rueter and Pruyne Law Firm, to job shadow the house representative for the 110th district, and to serve as a judge at previous National Speech and Debate Tournament and tournament qualifiers.


A Huge Part of My Identity is…

A huge part of my identity is that I am a proud immigrant.

To start, I have resided in a rural town in Pennsylvania for fifteen years now, but I was initially born and raised in the country of Uzbekistan. As I mentioned in my previous blog, I made the move to the United States with my family at the age of seven. To give you a little bit of background on the country. Uzbekistan is known for being part of the infamous silk road and was home to the world’s greatest Persian scholars such as Avicenna, Al-Biruni, and Muhammad al-Bukhari. Later, Uzbekistan becomes part of the Soviet Union until its independence in September 1991.

Despite only living in Uzbekistan during the early parts of my childhood years, I still recall a lot about life there. I recall how even early on, I grew up speaking not only the national language, which is Uzbek, but also Russian. I recall living in the metropolitan city of Tashkent and having my weekends split between huge weddings, birthdays, and other family-based celebrations. Perhaps it was due to the urban environment that I lived in but compared to where I live now in the states, I can seldom recall a time in Uzbekistan when my life was dull or boring. 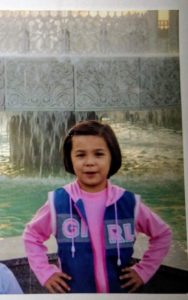 After our move to the states, one of the biggest challenges that we faced was adjusting or assimilating to the calm and monocultural region that was rural Pennsylvania. The first thing I had to do was get used to seeing deer and other woodland creatures that I had never seen before! In all seriousness, when came to the US, we had no knowledge of the language or people and had to start from scratch. My school’s demographic was predominately white which was fine for the most part but I found myself always feeling like an outsider. There were instances where I faced the typical “go back to where you came from” remark as well as other ignorant comments but I used that prove them that I belonged here and graduated high school in the top 10 percentile with various awards. My experience living in a different country has shaped everything about me, from the languages that I know to the way I view the world. I have learned to be the hardest worker in the room and to never take anything for granted.