A Visit to a Healing Ministry

As the only foreigner for miles, it is often easy to feel like an outsider. It isn’t that I am devoid of attention, quite on the contrary, but upon my arrival making true connections has been more challenging than I had anticipated. After the first few weeks of constant stares but few hellos, I realized that it was up to me to make an effort to overcome the differences that weren’t going to change.

Mama Kakenya and her sister Juliana Chengetich have been my outlets to the Massai culture and to a broader social circle that might have otherwise been impossible. It is through Mama Kakenya that I have learned how to plant maize, make ugali and establish friendships and working relationships within the community. She has introduced me to teachers, students and pastors. She also introduced me to a family friend Loice, who taught me how to milk cows. 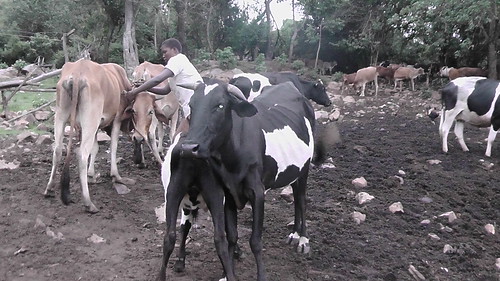 Juliana has taught me several Kiswahili words while preparing meals, like mboga (vegetable), moto (fire) and maji (water). In an effort to spend the pastime as the locals do, I earnestly accepted when Juliana invited me to Outreach Ministry in Kisii for mass last Saturday. Although I don’t consider myself Christian, I was intrigued by Juliana’s stories of the two pastors who are notorious for their ability to heal the sick. 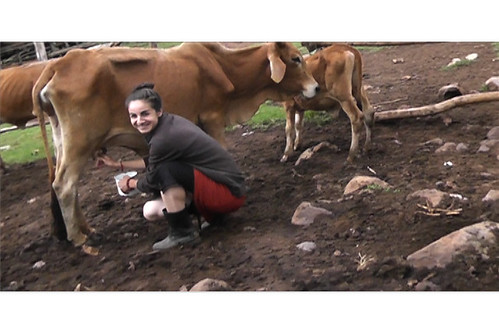 One night while washing dishes with Juliana, she shared with me her personal story of healing at her Ministry. A few years ago Juliana was diagnosed with a terminal illness. Some of her friends had claimed that they were healed through the pastors at the Ministry. These stories inspired Juliana to attend mass despite the two hours walk from Enoosaen to seek a spiritual remedy. Juliana claims that it was after this mass that she had regained her strength and was no longer showing signs of her illness.

In both a state of awe and disbelief of her story, I continued to listen intently as she told me other similar healing stories. She claimed that one woman had been cured of AIDS, while another woman’s disabled son had regained the ability to walk. While attempting to overcome my skepticism and the imminent potential danger in some of these beliefs, I was anxious to meet these women who had these alleged miracles bestowed upon them. 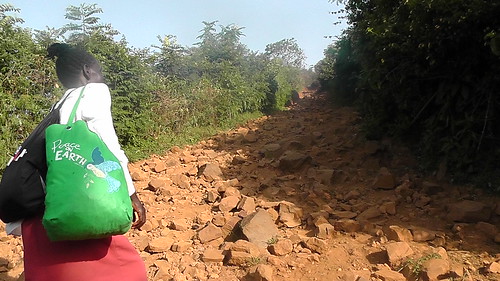 That Saturday, we walked up steep, narrow, rocky paths and crossed small rivers. The land of Kisii is tropical and home to primarily tea, coffee and sugarcane plantations. Houses and crops are nestled together leaving just enough grass around each home for their cattle to graze.

Upon arrival, I was welcomed with great warmth and many cups of tea by the community of Kisii and Massai peoples. Unlike the decadent stained glass windows and altar I was used to, the mass took place in a small dim mud hut with a few long benches. Pastor Reuben preached the words of God in Kiswahili and his brother Alphaeus translated them for me. An hour and a half later, after much singing and praise Pastor Reuben opened up the floor for people to be healed and blessed. One woman was to be baptized that same afternoon at the local river. 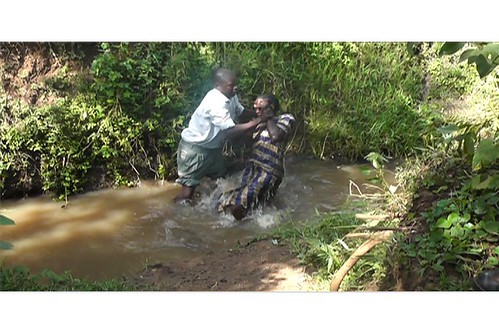 I was also invited to be blessed. A bit nervous and emotionally torn at the prospect, but determined to embrace the experience, I reluctantly walked up to the Pastor. He looked into my eyes, paused, and then cradled my head with his hands. 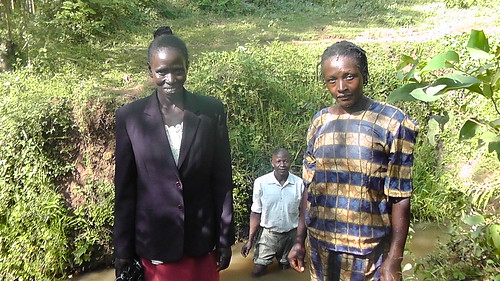 He closed his eyes and in a deep reverberant voice he called out to Lord to bless me. Juliana and the other twelve adults and children in the room had their hands raised and their eyes closed, they all sent me their blessings and asked God to protect me. 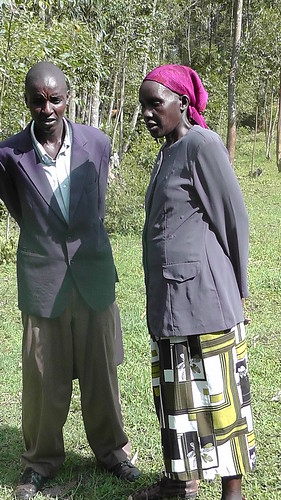 I felt a strong sense of gratitude at the feeling of acceptance, particularly by this fairly remote community that has had little to no exposure to foreigners. 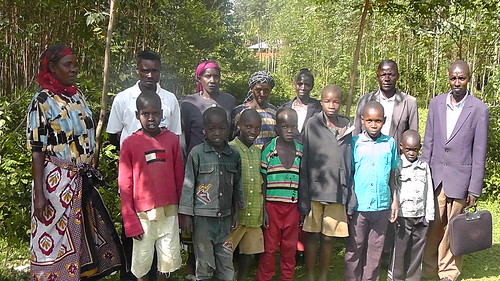 I do not consider myself a devout Catholic, Christian or an atheist, but growing up I was brought to church every Sunday. In all of those Sunday masses I had attended, I had never really felt the same spiritual connection to those around me as I had at this Ministry. I wondered if it was because of the context in which I was attending, the comfort I found in the familiarity of the church space, or perhaps the feeling of being invited into this communal ritual. Nonetheless, the exposure that the mass had highlighted for me was both the importance of Christianity in Massai and Kisii cultures as well as it being a safe space of togetherness and acceptance.

I don’t think this will necessarily change my religious beliefs when getting home, but it certainly opened the door for more friendships and trust by the community.