Each year on August 30, the world observes the International Day of Victims of Enforced Disappearance. For the last several years, NEFAD has led events in Kathmandu to honor the memory of Nepal’s victims of enforced disappearances.

Last year, NEFAD collaborated with Mandala Theater to share the stories of the disappeared with policy makers, the media, and the public. Rajan Khatiwada, Mandala’s creative director, and the MT acting troupe used a form of improvisational theater called “playback theater” to portray the experiences of the families of the missing. This year, Rajan will write an original play based on these stories. 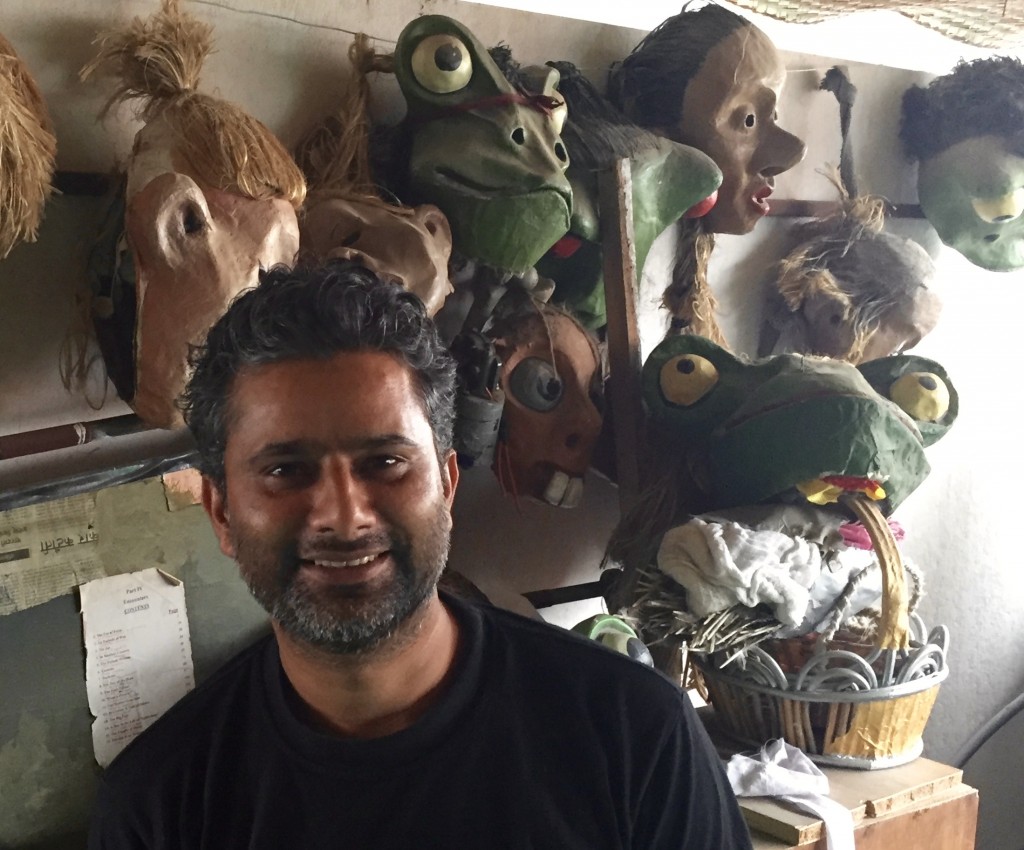 Megan: How did Mandala Theater become involved in the Day of the Disappeared?

Rajan: When we established Mandala we were concerned with social issues – just doing artistic work, art for art’s sake, didn’t make sense for us. We are concerned about how we can use our skill on behalf of human rights. Meeting with NEFAD, I found them really interested in working collaboratively. I suggested we could do something to connect theater art and activism work together.

M: Why did you choose playback theater?

R: I wanted to create empathy, rather than sympathy. I have been practicing playback theater for two years, and I found this is a good method to use to build empathy.

M: What was the playback theater like last year?

It was a good opportunity for people living in the city to remember what happened in the past, and to analyze and question what they think. So many people are still victimized, not getting justice. Through playback theater we had a really good opportunity to discuss and to empathize together.

M: What performance stands out in your mind from last year?

R: Many stories. One old man, and his wife, both of them came to the stage to tell their story. Within two days, both of their sons were disappeared suddenly. They were taken to the army post. It was very difficult for their parents to find out what happened to them. One son got out alive, one son is dead. It was a tragic story. But the father is involved in this movement, connecting with NEFAD, still fighting for the justice.

M: What kind of challenges did the actors face doing this type of theater?

R: During playback theater, we don’t know what kind of story will come out. The actor doesn’t prepare the story – it’s the audience’s story. So we must be very good listeners, and be very honest and neutral. It takes a lot of practice to work spontaneously, without any preparation. The actors are completely concentrating on these stories and the performance – it’s a kind of meditation.

M: This year you are writing an original play for the Day of the Disappeared. What are your ideas for this play?

R: If I make an idea in the beginning, I’ll get really blocked. I’m just preparing myself to listen actively, how I can receive their emotions, and their journey, so that’s why I’m being neutral nowadays, before I can meet with them and collect their stories.

After I collect their stories, what kind of structure will I use on the play? I don’t know! There’s a pressure also – I need to do my best to do justice to their story. This is a really intense job for me.

There are lots of things people can do to create a good society – people can think about human rights through NGOs, other organizations. Using theater is my opportunity to work for human rights, and I’m happy to take this responsibility.

Nowadays, there are challenges with the TRC and the government. Personally – I don’t care about that. I always think about if my parents were disappeared – what would I do? I have this opportunity to work with victims as a human being, not just as an artist or director. I have a medium that I can use for their rights.

M: Do you think this play will have a political message?

R: When I listen to their stories, I can say. I don’t want to show the issues directly. When I get a story, I’ll develop it so people can get the different dimensions and discuss and question things.

But directly I was not talking about politics or all of these things – the setting of the play is one small school. This primary school is there, but when people are watching the play it looks like it’s the government of Nepal, government system. Not directly – I wasn’t saying these are political things. I was just telling someone’s story, in the school system, about opportunity – through that I try to show the political.

M: What do you hope your audience will get out of this play?

R: My play should create debate – it should not just be seen as art, as performance. I have to be aware to not create more pain. I have to make a balance between the artistic elements of the play and the value of the story. For this play I’m not thinking about big sets – I have to tell their story. There is a simple way, and there is artistic value in that. If I try to make it very artistic and very heavy theatrical effects, then the issue is gone! The issue disappears – I don’t want to go that way.

Mandala Theater will perform Rajan’s play on the experiences of the families of the disappeared on August 30, 2016, during events to commemorate the International Day of Victims of Enforced Disappearance.

Interview has been edited for length and clarity.