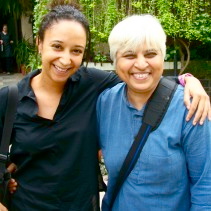 At home in the US, I pride myself on being a fairly good cook and I generally enjoy doing it, from the grocery shopping to the prep work, to trying new vegetables, to re-imagining recipes based on my personal tastes, to sharing my cooking with friends and family. As far as the kitchen appliances go, I think I have made excellent investments. The Air Fryers, Food processor, Slicer/Chopper and all other appliances make the whole process of cooking quite easy. Not surprisingly, the cleanup is my least favorite part, but even that I don’t mind so much. However, I realized even before I came to India that I am really only comfortable cooking in my kitchen, where I have everything set up just the way I like it (provided my roommates haven’t moved things around on me). You can check out this site for more about the appliance repair service.

When we visited in April, and since returning, I have been both intrigued and intimidated by cooking in India. The food that we eat here is amazing, especially the meals prepared by Maya, Indira, and their friends, and I would love to be able to replicate some of those recipes. But I am also intimidated by how labor intensive the cooking is and how much they seem to be able to accomplish with appliances and utensils that I need a lesson to use. For instance, we have a hot plate with gas burners in our kitchen, which is actually pretty standard in India, but when I tried to light a burner with the “igniter-thingie” (that’s a technical term) to make tea, I couldn’t seem to get it to work and had to have Indira show me the next day. Even now, a week later, it usually takes me 5-6 tries to get a burner lit, while Maya and Indira seem to do it effortlessly in one try.

Then there is the intimidation of the Indian produce. In the Indian equivalent to 7-11, Reliance Fresh, which is the closest grocery store to our office, I have probably heard of/used half of the produce there. The other half, while usually coming from similar food families (such as squash) is still completely new. Meanwhile, I’ve watched Indira buy a sack of produce from the vegetable lolly man near her house, open it, and instantly know how to prep and cook everything inside. It’ll take me more than a summer to be that comfortable. Without Indira by my side during the shopping and cooking, I’m sure pick the wrong vegetable for the dish or prep it incorrectly, but I’ve always been an experimenter when it comes to cooking.

This past Monday, Sam and I decided to face our fears head-on and give cooking a try. While the food that Maya and Indira serve us for lunch and most evenings is amazing, we feel badly for always relying on them for our sustenance. So, we queried Indira on how to prepare some Indian vegetables that we had eaten, gathered our courage, and headed to Reliance Fresh. What happened next is best summed up by this little video on YouTube, with photo credits going to Sam.