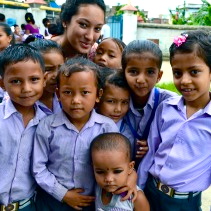 
“Arise, Awake and stop not till the goal is reached”- Motto Sabita and Seema have adopted.

About a week ago Emily and I ventured out to Ghorhai, Dang, a sweaty “30 minute” ride, but due to the monsoon season it took a little more than an hour. There we visited Hindu Vidyapeeth Boarding School  which  is founded and run by Mr. Bhola Nath Yogi. It’s a funny coincidence that the British girl, Issy, who was on my bus during the 11 hours trip from Kathmandu to Dang happened to be a volunteer at this same school. During the ride I remembered her praising the founder of the school for his selflessness, a trait that was conveyed during our three day interaction with him. 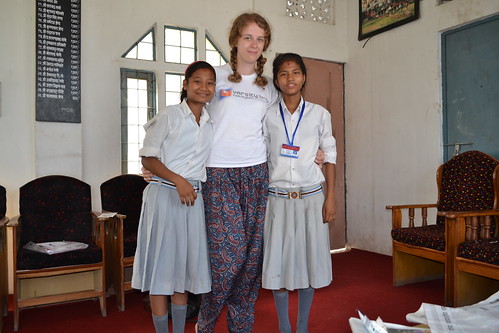 Mr. Bhola Nath Yogi, a very active man in his community, with the support of his entire family has transformed his own childhood home into a Children’s Peace Home (CPH), there he houses 35 children who come from a range of conflict backgrounds. Some are children of Badi women, some lost their parents during the Maoist conflict, and two girls, Sabita and Seema, were previous kamlari’s rescued by BASE. After taking part in the morning and evening rituals it was clear that the Yogi family’s sanskrit background has a prime effect on the peaceful atmosphere and upbringing of the children at CPH. 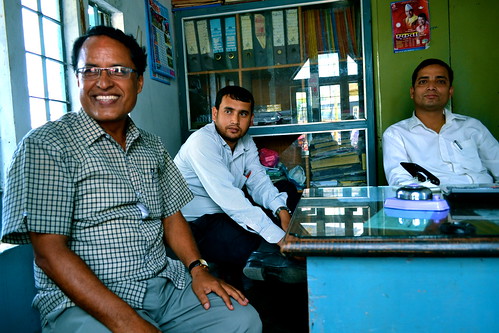 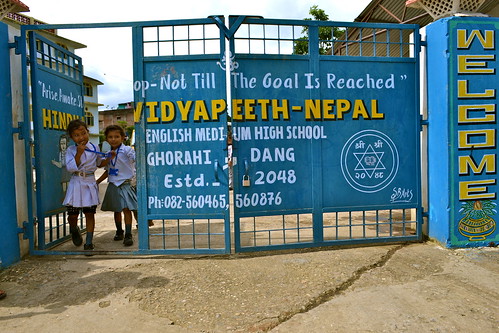 Four years ago a Peace Fellow Kan Yan had accompanied a raid done by BASE through which two girls Seema and Sabita, both 8 years old at the time, were rescued. After being rescued, due to their families financial status, they were both put into Hindu Vidyapeeth Boarding School. Today, four years later both of them are happily a part of the CPH family. The only complaint that Sabita, whose nickname is “Chipchipe” meaning talkative, has is that she has not seen her family in about a year and a half. In the middle of our conversation she bursted into tears “It’s not fair, everyone gets to go home for breaks except for me”. This really shocked us. Curious to find out why this was the case, once Sabita and Seema went back to class we got an opportunity to delve deeper into the lives of these girls. Mr. Yogi said that Seema lives very close and is able to go home often, but since Sabita lives in Bardiya, a 4 hour car ride away it’s hard to send her home alone. We wanted to learn more about why her family members would not pick her up but Mr. Yogi knew little about that since Sabita only had a brother who himself was married and settled now. With this terrible thought in mind our first visit to Hindu Vidyapeeth School ended.

After we left Ghorhai, Dang we still wanted to know more about Sabita’s family, an opportunity to meet her family struck us when we ventured out to Bardiya for some field work. We contacted Sabita’s neighbor to figure out where exactly in Bardiya Sabita’s house was located, but with disappointment we could not make it there due to the monsoon rain. After our field visit we came back to the CPH, this time to spend a night and to say our final goodbyes. During our interaction with these girls it became clear why previous Peace fellow Kan Yan wanted to help these girls and so we ended our trip by making a donation on behalf of Kan Yan.

After being involved in the rescue and rehabilitation of Sabita and Seema, Kan was inspired to make a documentary which he titled “The Price of Childhood“. By hosting movie screenings of this documentary he raised $500. By making this donation on behalf of Kan we hope that the debt that remains in the schools accounting books under these girls names will be cleared up. “Our motto is: Arise, Awake and stop not till the goal is reached. So, no matter what obstacles may occur I will not let any of my children leave until they have reached their goal even if I must be responsible for their fees”, stated Mr. Yogi and with that we bid our goodbye’s to the children at the CPH.

Attached below is the link to Kan Yan’s documentary “The Price of Childhood“, if you would like to learn more about Sabita and Seema and/or would like to make a donation please visit the website. http://www.priceofchildhood.org/ 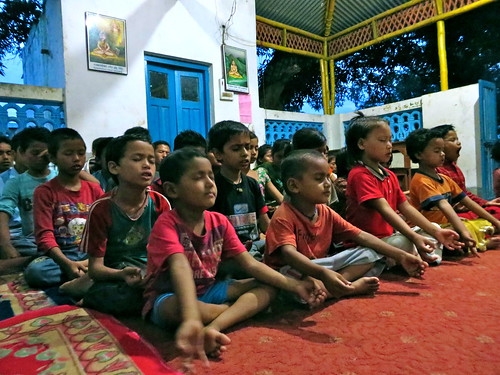 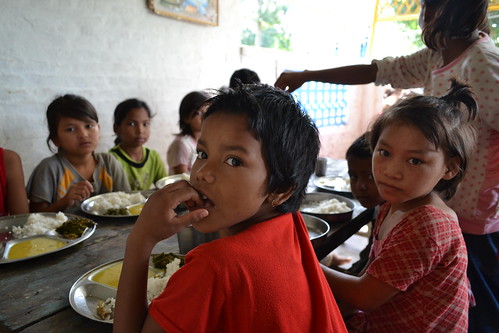 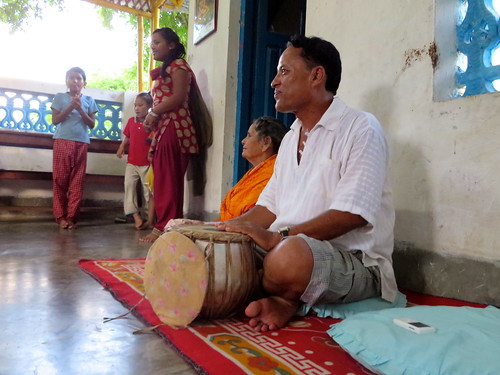