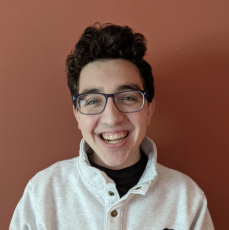 
Bards In The Square 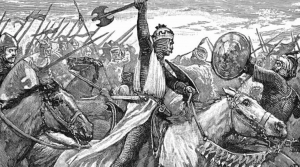 I recently finished reading Barbarians At The Gate by Bryan Burrough and John Helyar. The book tells the true story of the fall of RJR Nabisco and the ensuing greed, viciousness, and ego-driven thinking that resulted. Throughout most of the process, pride replaced sincerity, and gluttony replaced honesty. Many friendships were lost due to disagreements in buying power. In the end, the “barbarians,” the reputation seekers even at the expense of an arguably sound business decision, won. The barbarians had successfully stormed the gate, leaving a trail of avarice and $25 billion behind.

The book’s story of for-profit companies forced me to reflect on my time working at The Advocacy Project (AP), a non-profit. If Henry Kravis and Peter Cohen, businessmen leading the decision-making, were consumed by greed and ego, what motivates us at non-profits? If they focused on money, what do we focus on? If they are “barbarians,” what are we?

My time interning at AP exemplifies this mission. During the first half of my summer, I worked closely with Children’s Peace Initiative Kenya (CPIK) to help develop and implement strategic plans to form women-led startups that create tribal peace. Later in the summer, I took embroidered designs made by women in Nepal and turned them into plates to tell the story of festivals. In both instances, my focus was neither on securing seed money nor working with venture capital firms but on creating narratives. For CPIK, I helped feature each woman – for the plate project, I helped highlight important festivals in Nepali culture. 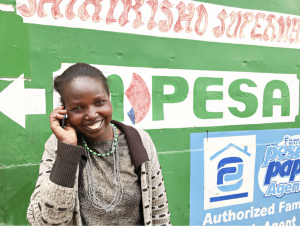 A photo of Josephine

I followed the story and the narrative, not the money and the profit. I learned about Josephine, a Samburu businesswoman who trades maize across tribal lines, Joyce, a Samburu mother of seven who owns a maize mill and sells petrol for motorbikes, and Chepsait, a 30-year-old mother of eight and an advocate for peace in her community.

What a story lacks in monetary power, it more than makes up for in emotional strength. Money can buy views, but not interactions. It can buy power and prestige, but not connections. A simple story, and not money, can transcend a complex boundary, leading to a deeper understanding and connection that most other concepts can never dream to reach.

Moreover, unlike the “barbarian” businessmen who stormed the gate from the outside, AP focuses on creating close relationships from the inside. Contrary to Barbarians At The Gate where partnerships were formed as means to an end, nonprofits like AP seem to build partnerships as an end in itself. Interactions between partners in the book were transactional; interactions at AP are personal. The “barbarians” were colleagues, we’re friends.

We’re not driven by money; we’re driven by stories. We’re not transactional; we’re focused on creating friendships. We’re not barbarians at the gate; we’re bards in the square.