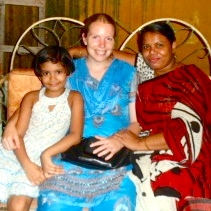 Amanda Lasik (The Blind Education and Rehabilitation Development Organization- BERDO): Amanda received a bachelor’s degree in International Business from Northern Arizona University. She served as an Americorps VISTA member working on educational programs for immigrants in rural Washington State. Amanda has also volunteered in Central America and worked for the National Multiple Sclerosis Society, where she managed legislative advocacy related to health care and disability rights, wellness programs, and Spanish self-help groups. At the time of her fellowship, Amanda was studying international development at the University of California San Diego’s School of International Relations and Pacific Studies. After her fellowship Amanda wrote: “[This] was a great learning experience for my professional development. I gained an invaluable perspective on a new part of the world. I have a much greater understanding of Islam and a culture I was unfamiliar with prior to my fellowship. I also have a new understanding of the challenges of fundraising for small NGOs in developing countries.”

BERDO’s staff worked around the clock to transform a drab basement into a festive room for an anniversary celebration with 200 guests. The event featured speeches from BERDO’s executive director and board members, presentations from government officials, music and my own attempt at addressing the crowd in Bangla. As I stumbled over a few Bangla words, I realized that the crowd was so friendly that it didn’t matter if my pronunciation was poor. They were just proud to be associated with BERDO and happy to be celebrating the occasion. 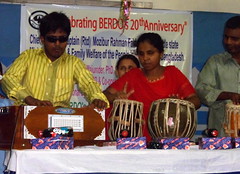 The event featured the achievements of students and provided time for BERDO’s participants to share their experiences or showcase their musical talents. However, the biggest round of applause came when Bangladesh’s State Minister of Health and Family Welfare promised that he would offer more government grants for rehabilitation and said that he would look into recruitment of persons with visual impairments for government positions. 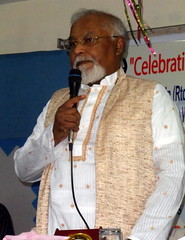 Four of Bangladesh’s English newspapers covered the occasion, and the event’s disability awareness was compounded by the fact that a large autism conference was held in Bangladesh on the same weekend. After an interview with BERDO’s executive director, the newspapers described how it is common for people with visual impairments to be found begging on the streets and highlighted the need for education and job placement for people with disabilities. I think that BERDO is smart in emphasizing an economic impact to draw attention to disability issues. 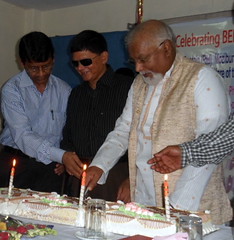 Overall, BERDO has much to be proud of as it moves past its 20th anniversary. I believe that Syed Tanveer Hussain, Former Secretary of the Government of Bangladesh, summed it up best when he said, “All the darkness in the world cannot put out the light of one small candle. BERDO is that one small candle. Their potential should be nurtured by persons and institutions both at home and abroad.”