BUT THERE’D BE NO “ROMANTIC” WITHOUT THE “ROMA”

Recent centuries have seen a number of prominent authors praise the romantic nature of Roma- their freedom, their beauty, their song, their peace. And while these authors will be encountered by students in Lithuania, such glorious depictions are not of Lithuanian literature, but of Russian literature. Lithuanian collective memory and portrayal of Roma is somewhat different. 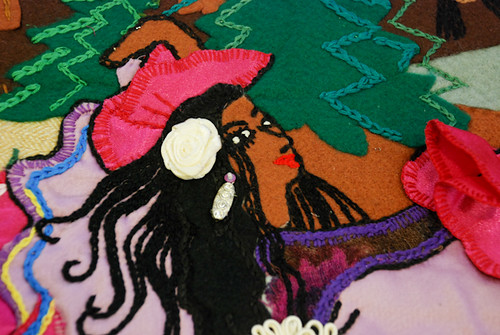 Dancing Around the Campfire

Due to centuries of foreign political domination and assimilation, the modern Lithuanian nationalism movement of the 19th century sought to encourage the Lithuanian masses to rise against the occupation by tsarist Russia and return to a pure Lithuanian culture imagined to have existed prior to the Polish-Lithuanian Commonwealth of 1569. As such, the movement centered around that which was most distinct from the characteristics shared with those of Polish and Russian ethnicities: the Lithuanian language. Over the centuries, while the Lithuanian nobility had prided itself in its usage of the language of diplomacy and status (Polish), it had been the peasant class who had maintained the Lithuanian language. The modern nationalism movement thus linked the language of the masses to a romanticized past to create an effective rallying point. Orthography was changed so as to distance Lithuanian spelling from Polish, Lithuanian-language literature came to be, and literacy and nationalism were taught hand in hand.

Might this historical push to narrowly define ethnic Lithuanianness and, thus, unite to claim rightful power over the territory have conclusively isolated Roma as contrary to a linguistically-defined Lithuanian identity? Roma had a distinct lifestyle, with unique customs and language; as such, it was easy to fall outside of the movement’s demarcation of “Lithuanian”.

Nevertheless, generations of shared history have unified adherence to many Lithuanian traditions also by Roma of Lithuania. They share religious tradition and holidays, traditional dishes, even a number of superstitions. Not to mention that the stories surrounding our Peace Quilt (entitled Romano Trajo! – Romani Life!) have parallels in numerous national folk songs as well. Lithuanian traditional portrayal of Roma, however, has been neither acknowledging of the shared characteristics of the peoples, nor even cordial towards them.

Every year on the festival of Užgavėnės (“the time before Lent”) Lithuania celebrates the ending of winter. In addition to eating pancakes (representing the sun), people burn an effigy of winter and don costumes of “frightening characters” in order to chase the winter away. Dark “Gypsy” masks happen to be a popular costume.

Until recently, and perhaps even still, preschool classes were taught the following song. It was not until 2009 that one family saw the inappropriateness of this and brought the case to the Equal Opportunities Ombudsman.

Lithuanian poet Kazys Binkis contributed a number of works to the national repertoire, including the popular children’s book Jonas pas čigonus. I was initially informed that every family is familiar with this book, but have since met a number of individuals who have not known it.

With children being introduced to Roma in such a manner, it is not difficult to understand how discriminatory attitudes proliferate. The excuse of “cultural heritage” needs to be abandoned in such circumstances, in which blatant racism prevails unabated. If individuals do not realize the destructiveness of racism, they will not change their attitudes. That which children learn at home and at school is critical to their socialization, and their role models’ acceptance of a given attitude will affect their acceptance of these attitudes. If left unchecked they will be transferred to the upcoming generations as well.

On top of childhood indoctrination of the negative otherness of the Gypsy, the situation is maintained by the tendency of contemporary journalistic publications, which the public regards as authoritative fact, to associate Roma primarily with criminality. A recent example includes an article published on the most popular news portal in Lithuania that blames Kirtimai not only for the availability of drugs in Vilnius, but for an outbreak of hepatitis as well.  Such tendency is, of course, in breach of journalism ethnics and may come close to national intolerance legislation. Nevertheless, the bodies overseeing this, the Office of the Inspector of Journalist Ethics and the Journalists and Publishers Ethics Commission, have less than successful records in upholding the standards. Furthermore, Lithuanian journalism schools do not yet incorporate human rights training into their curricula, thus leaving a gap in the training necessary for properly dealing with these issues. The necessity of this step has been recognized by a variety of actors, including theNational Institute for Social Integration, which offers training for young journalists in the ethical representation of socially vulnerable groups.

More positive measures need to be taken to ensure respect for the dignity and rights of all and to hold accountable those who will propagate racism of any degree. People are people; try on the others’ shoes – racism isn’t painless. Action needs to be taken to improve tolerance within our society. Ignorance cannot be left to be an enabling factor and impunity will never be a legitimate solution. 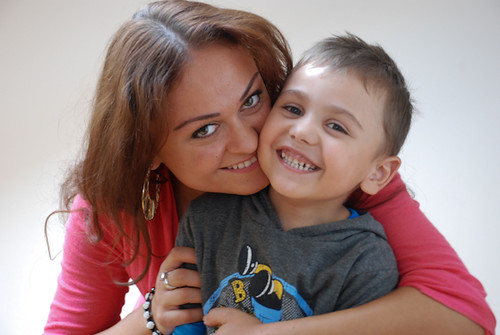 There’s Nothing More Important Than Family