Daughter, Granddaughter, Sister, Cousin, Aunt, Niece. I am all of those things at once. Which one is my primary identity? Before my trip to Bardiya last week, I never thought about the answer to that question. Now, that question is at the forefront of my consciousness. 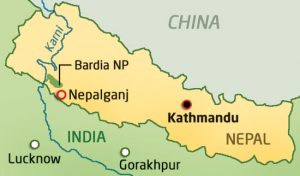 On November 22, 2006, the government of Nepal and the Communist Party of Nepal (Maoists) signed a Comprehensive Peace Agreement, bringing the ten year conflict to an end. After many political challenges, the government finally established the Truth and Reconciliation Commission (TRC) and the Commission on Investigation on Enforced Disappeared Persons (CIEDP) in February 2015. CIEDP has registered 3000 complaints related to enforced disappearances since its inception. NEFAD’s records indicate that at least 1350 people were forcibly disappeared.

Nyaya, or justice, includes truth, prosecutions, psychosocial support, and financial reparations. Of the 1350 families of the disappeared, approximately 300 have not yet received the official reparation amount of $10,000 USD. Quests for the truth about the forcibly disappeared involve exhumations of suspected mass grave areas which require time, financial resources, and appropriate personnel. Similarly, providing psychosocial support requires significant resources. To pursue prosecutions, there need to be laws criminalizing enforced disappearance, a drastic change in the culture of impunity, and significant political support. Therefore, financial reparations are the most concrete, least costly, and the least controversial form of justice the government can provide, hence their willingness to cooperate on that front.

The primary reason approximately 300 families have not yet received the reparation amount is internal family conflict and complexity that creates uncertainty about the appropriate recipient of the reparation money. If a woman’s spouse was disappeared and she remarries, she is considered a part of the new family and no longer eligible for the reparations. Reparations may go to the biological family of her former husband. Her loss, her suffering, and any other hardship she may have experienced as a result of losing her spouse is immediately discounted. 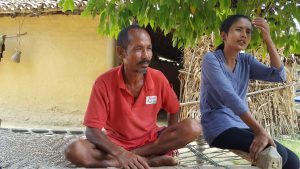 Another complicated case involves a son and daughter who were disappeared. Both were married and had their own families. After their disappearance, each of their spouses claimed for the reparation amount to support their families. In addition, the son and daughter’s parents also claimed for the reparation amount since they no longer have children to financially support them as they age and experience health issues. All of their claims are valid. Which identity of the forcibly disappeared individual should be prioritized? Son, husband, or father? Daughter, wife, or mother? Which relationship warrants the reparation amount?

While these cases have not yet been resolved, NEFAD has been working with the CIEDP to advocate for more thoughtful, gender sensitive policies and practices in regards to reparations. After my conversations with Sarita and Prabal, I know NEFAD will continue it’s incredibly important community-based advocacy work to ensure that each family’s case is thoughtfully resolved. If there’s anything I’ve learned about reparations policies and practices, it’s how important identity is. What happens when someone can’t be all their different identities simultaneously? Which identity should be prioritized?