Daughters of the Tharu 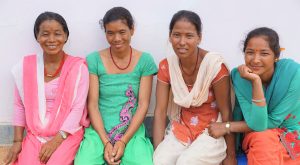 In a time when there is an active global movement for securing girls’ rights, the daughters of the Tharu seem to be unfortunately forgotten. The Tharu, a small community in western Nepal that accounts for approximately 13% of the Nepali population, are the indigenous people of the Tarai. Despite being the original inhabitants of Nepal’s lowlands, they have been the victims of exploitation at the hands of settlers who migrated to their homeland from the hills. In the first half of the 20th century, the Tarai was covered in dense forest and ridden in malaria meaning that other people could not live there. Only the Tharu, who possessed natural immunity to malaria enabling them to survive in such a harsh environment.  Following the eradication of malaria in the 1950’s and 1960’s, the fertile land of the Tarai could no longer be hidden to the eyes of the people living in the hills and mountains. Gradually, they begun to migrate to the Tarai to cultivate the fertile lands.

Being naive and illiterate, the Tharu were easily tricked into signing contracts which gave away their ancestral lands for minimal compensation. With no land left to support them, the Tharu found themselves in debt to their new landlords requiring them to work for their landlords until their debt was fully paid off. But the debt could never be paid off and the Tharu became slaves known as Kamaiya bonded laborers. As a marginalized community, most of their daughters were sent to work as domestic servants in the homes of the landowners. But why does child labor continue to be a persistent issue in Nepal despite national statistics showing a continuous decline? 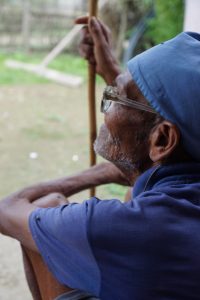 Before I dive into the numbers, let’s define what child labor is. Child labor, as defined by the International Labor Organization (ILO), refers to any work that deprives children off their childhood and their right to education, health, safety and moral development based on the ILO standards on child labour are defined by the ILO Minimum Age Convention, 1973 (No. 138) and the Worst Form of Child Labour Convention, 1999, (No. 182). Though child labor is declining at the rate of 100,000 every year, Nepal still accounts for 1.6 million children between (5-17 years) in child labor. Of these 621,000 are estimated to be engaged in hazardous work. Estimates suggest that 60 per cent of children in hazardous workplace are girls (373,000).

Of the different forms of child labor in Nepal, the employment of Tharu girls as domestic servants (Kamlaharis / Kamlaris) has received the most publicity. The Kamlaris have been subjected to serious human rights violations by their so-called masters or landlords. Many of these young girls were compelled to work for their landlords instead of attending school and some of them were subjected to sexual harassment and abuse. These conditions of slavery have continued through several generations because the Kamaiya families were never able to earn enough to pay off their original debt. The necessity to borrow more money from their landlords for clothes, medicine and other essentials only added to their spiraling debt leaving them with no end in sight to their lives of misery and oppression. 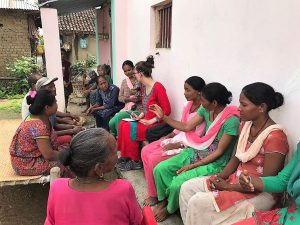 Backward Society Education (BASE) begun a non-violent people’s movement across Nepal for the total liberation of Kamaiyas. Peaceful protests were organized and legal petitions to the central government were sent. Over 200,000 ordinary Nepalese people participated in one of Nepal’s greatest periods of non-violent political struggle. As a result of this movement, the government declared the complete abolition of the Kamaiya system in July 2000. This was the apex of the Kamaiya movement. However, the joy and happiness experienced did not last long. The now freed Kamaiyas who had been living for generations on their landlords’ properties were suddenly thrown out on the streets. They had no place to live or food to eat. Over approximately 200,000 Kamaiyas who were freed that day, many of the families have still not received the land that was promised to them by the government. Thousands of their children have been forced to return to conditions of bonded labor to pay off newly incurred debts. Their lives are still rung by poverty and suffering. Many of them rely on daily wage labor to enable them to live a hand to mouth existence and are still waiting for the government to fulfill its promise before rehabilitation. 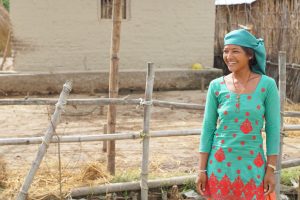 The needs today of the freed Kamaiyas are education, employment, healthcare and full political participation in a democratic Nepal. BASE continues to strive through peaceful means to advocate for these needs as well as providing its own grassroots services to the Tharu. Continuous support and commitment is still needed by the government to finally resolve the trials of the Kamaiya bonded laborers. BASE will never give up its peaceful struggle for justice neither will the daughters of Tharu give up their quest of being autonomous.