From Pokot Warrior to Peace Ambassador 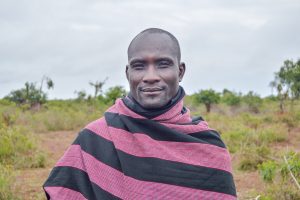 Like most young, pastoralist, Pokot, men, Amosilia eventually became a herder. He explained that it’s just part of life for young men grow up to take care of the livestock and herd them to different areas (sometimes other countries) to find grass and water for grazing. Sometimes they spend months or even years away from family with their herds.

Drought is a normal part of life for pastoralists in Northern Kenya and cattle raiding is part of the territory. When drought strikes, herders become warriors and steal cattle from other tribes to replenish their own herds. This leads to even more raids to take back the stolen cattle—the cycle continues and animosity between tribes grows. But in recent years droughts have become longer and more frequent—drying up essential natural resources with it and leading to more cattle raids and conflict between tribes.

Amosilia himself became a warrior in the raids, taking livestock from other tribes to refill his herd and defending his own herd from raiders. He explained that during conflict, before peace, he experienced so much loss and death. He lost friends and family, and said that women and children were also killed during raids. No one was exempt from the inter-tribal conflict.

But one day during a raid, one of Amosilia’s close friends was shot. Amosilia and his friends tried to carry his friend to safety, but he fell unconscious and they were unsure whether he was alive or dead. So, they left him for dead. A few days later, Amosilia got a call from his wounded friend. He was alive! Amosilia went to his friend. And from that day on, his heart was changed and he would no longer participate in raids.

These days, Amosilia is an ambassador for peace. He’s the peace chairman for Pokot warriors in Amaya village and is the leader of a group that watches the Pokot/Samburu boundary to apprehend cattle raiders and return stolen cattle back to their owners. (I asked how many livestock he’s returned and his response was: “sana (a lot)! The amount is unaccountable!”).

I asked Amosilia what kind of challenges he faces when it comes to peacebuilding. He said his biggest challenge is that: “war is easy but peace is hard. You use a lot of effort to create peace, but war starts with just a spark.” He also said that he’s faced a lot of discrimination from some people in communities for wanting to create peace. Other warriors and people who want war insult him and treat him badly for wanting to change the status quo.

Amosilia is a visionary. He hopes that by creating peace, children in his community can go to school uninterrupted and that people in his community can find alternative livelihoods rather than fighting and herding. He said that it’s important to find warriors and help them transform into agents of peace.

His message to me at the end of our conversation was clear: “peacebuilding must be consistent—it cannot be reactive or seasonal.” He directly addressed donors and organizations who support peace programs to say that they should give funding for continuous peace work and not piecemeal programs that are not sustainable or transformative for the pastoralist community.

One way that CPI Kenya is helping create peace between pastoralists is by hosting fora camps. Fora camps gather warriors, herders, and chiefs all in one to figure out how they can reduce conflict and adapt to climate change by sharing their natural resources. If you’d like to help CPI Kenya continue their peace work with warriors so that this startup can indeed be consistent, donate to their GlobalGiving campaign! 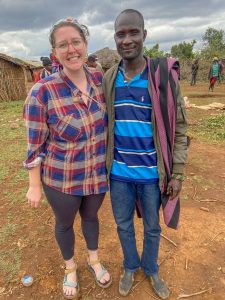