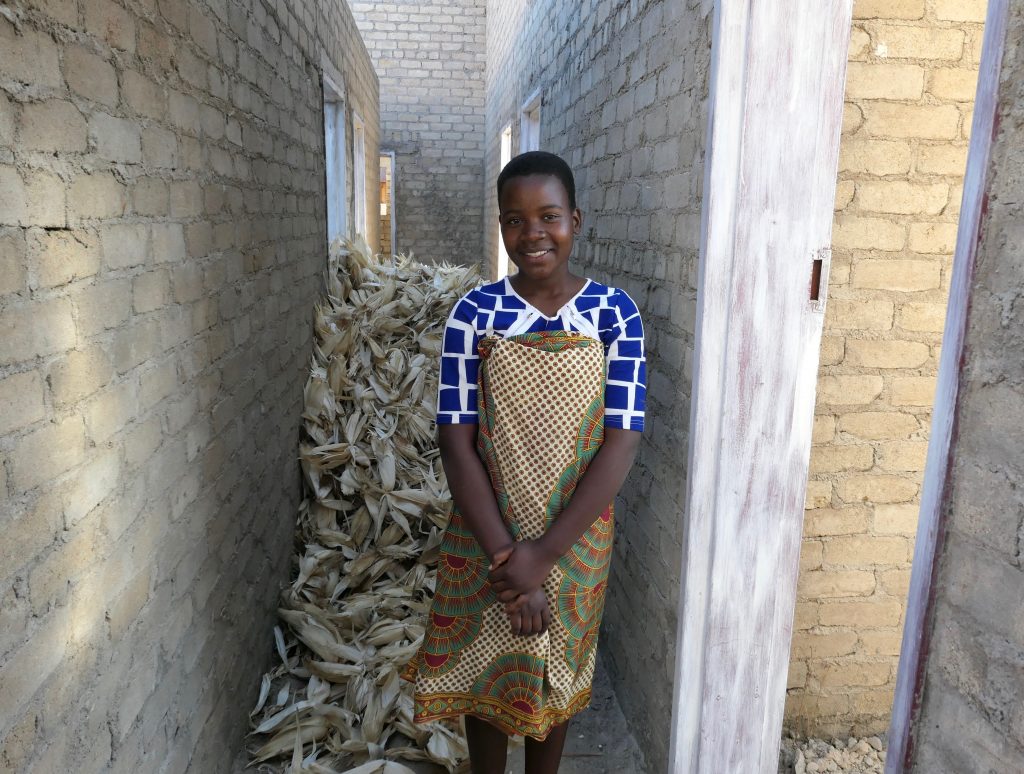 Sixteen-year-old Rose loves reading. When the Woman Advocacy Project (WAP) met her last June in Chitungwiza, Zimbabwe, she was in the middle of a novel from her favorite series, The Hardy Boys. Rose dropped out of school last year because her family was unable to afford her school fees, which amount to roughly $150 per term, including transport. “When I stopped going to school I was so pained. I was so affected because I’m good at school,” Rose told WAP. Now she spends her time reading novels. “Sometimes, I visit my friends who are still in school and ask them what they are learning.”

As a new school term begins this month in Harare, I find myself thinking about Rose and the many girls like her whom WAP interviewed—girls who left school prematurely because they could not afford to continue their educations.

Zimbabwe once boasted one of Africa’s strongest educational systems, but years of economic stagnation have led to a steady decline in the country’s schools and universities, which suffer from overcrowding and a critical shortage of teachers. Many teachers have joined the third of Zimbabweans who have left the country in order to seek out work that earns them higher salaries abroad.

According to the United Nations Girls Education Initiative, the cost of education relative to average household income is extremely high in Zimbabwe. Over the past two decades, dropout rates—particularly for girls—have steadily increased. Zimbabwe’s educational system includes seven grades of primary school and six upper levels (called Forms) of secondary school. Girls and boys are equally likely to complete primary school, but by the time they reach secondary education, the number of girls in attendance relative to boys drops by half. Poor girls in rural areas are particularly likely to leave school, since daughters can bring income into their families through lobola (bride price) if they marry.

Globally, girls with little or no education are three times more likely to marry by the age of eighteenthan girls who reach secondary school. WAP’s research suggests that dropping out of school is both a cause and a consequence of child marriage. When a girl leaves school, she becomes more vulnerable to marriage: this vulnerability can be caused by factors such as family pressure or the fact that being out of school supports the perception that she is of marriageable age. On the other side of the equation, marriage and pregnancy almost always end a girl’s education permanently. In this scenario, a girl’s education can be curtailed because her husband does not permit her to go to school, because she lacks the funds to support her education financially, or because she is needed to stay home to care for children and the household.

For my final post, I’d like to share a small selection of the stories of women and girls who spoke to WAP about their experiences in school, the value of Preschool Program for Toddlers, and their hopes and ambitions for the future. 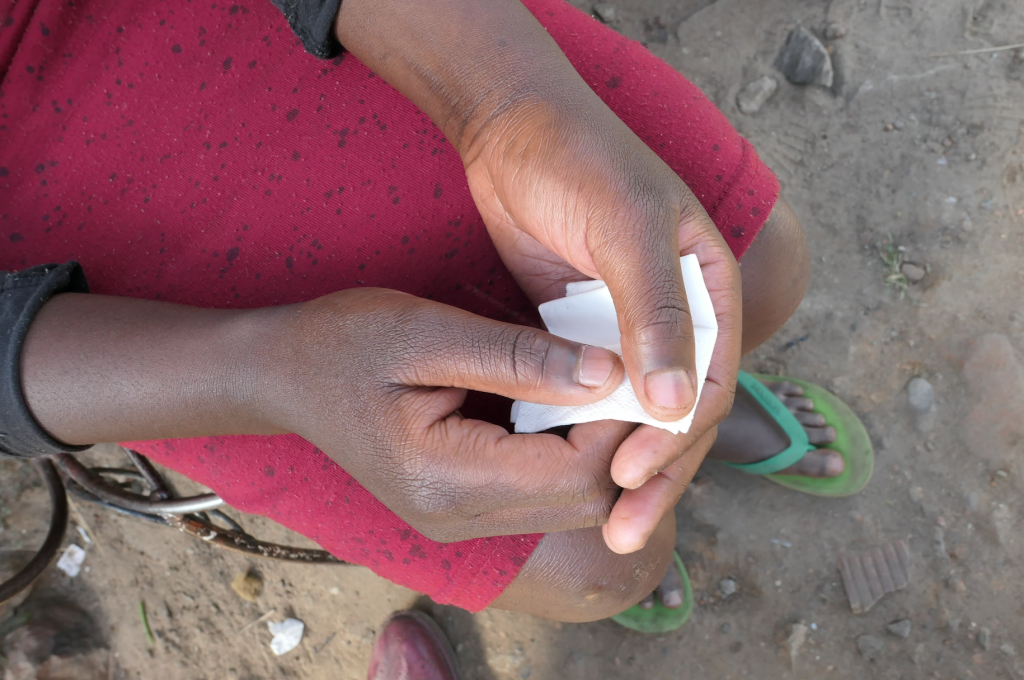 Seventeen-year-old Dorcas was one of the first young women I met after arriving in Harare. She burst into tears when I asked if she was in school. Dorcas completed her Ordinary Level but could not afford to sit the final exam. She now owes the school over $1,000 in overdue fees.

Her favorite subject in school was Food and Nutrition; she had hoped to become a journalist after graduation. 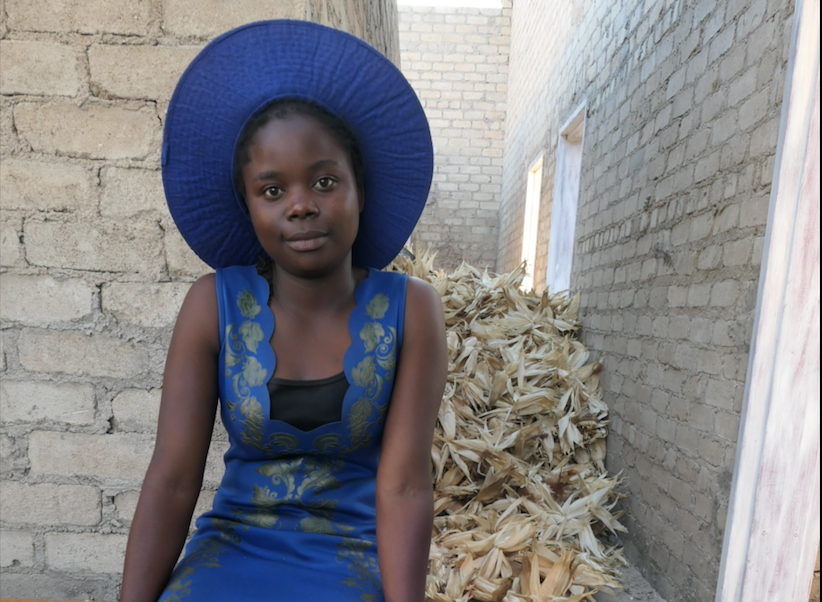 Nineteen-year-old Neneris left school last year after her family became unable to pay her fees. They still owe the school $150.  “I was in Form 4; I would like to go back to school,”Neneris told WAP. Her favorite subjects were Commerce and Math; she had hoped to one-day become a bank teller. “It would have been a good job,” she explained. Zimbabwe’s unemployment rate is currently over 85%.  Like many of the women with whom WAP works, Nenerisis unemployed. She now spends her time learning to plait hair. 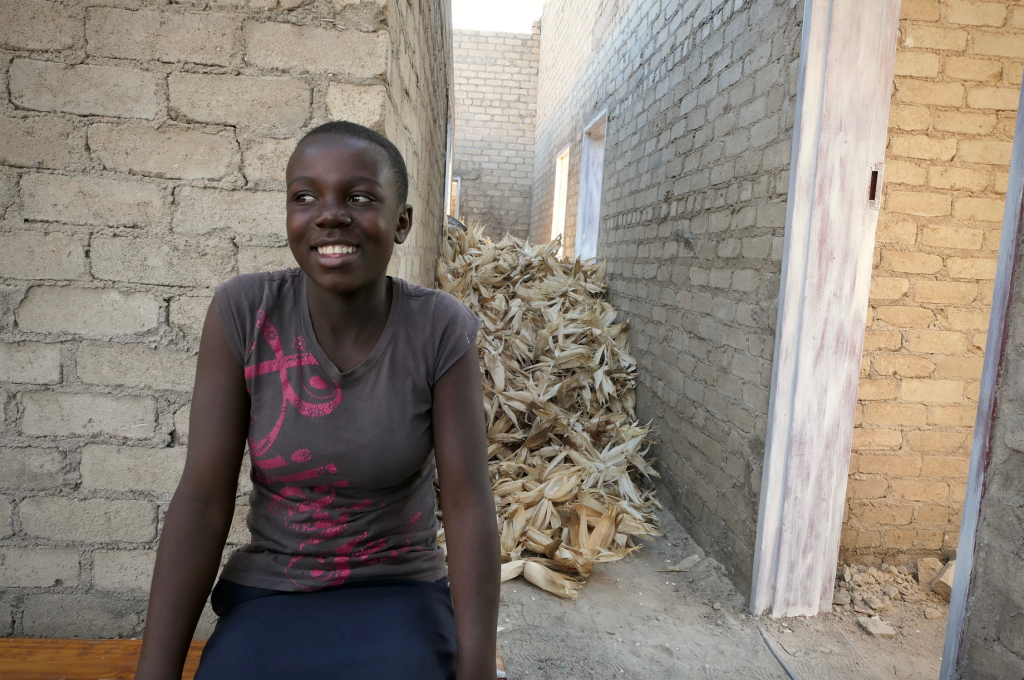 Fifteen-year-old Penelope left school last year, when she was in Grade 7, because her family was unable to afford her school fees. “Now I just sit. I want to go back to school,” she told WAP. 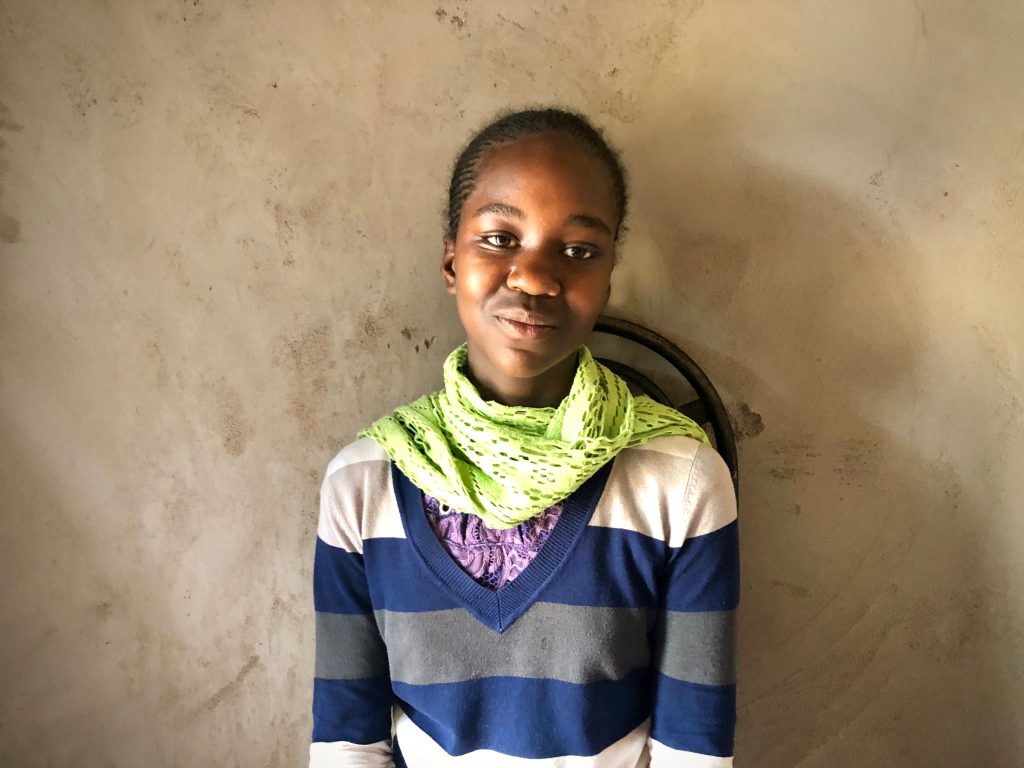 Fifteen-year-old Anashe dropped out of school in June of 2018—a week before this photograph was taken—because her family was unable to pay her fees. “My favorite subject was Science and I had hoped to become a doctor when I graduated,” Anashe told WAP. 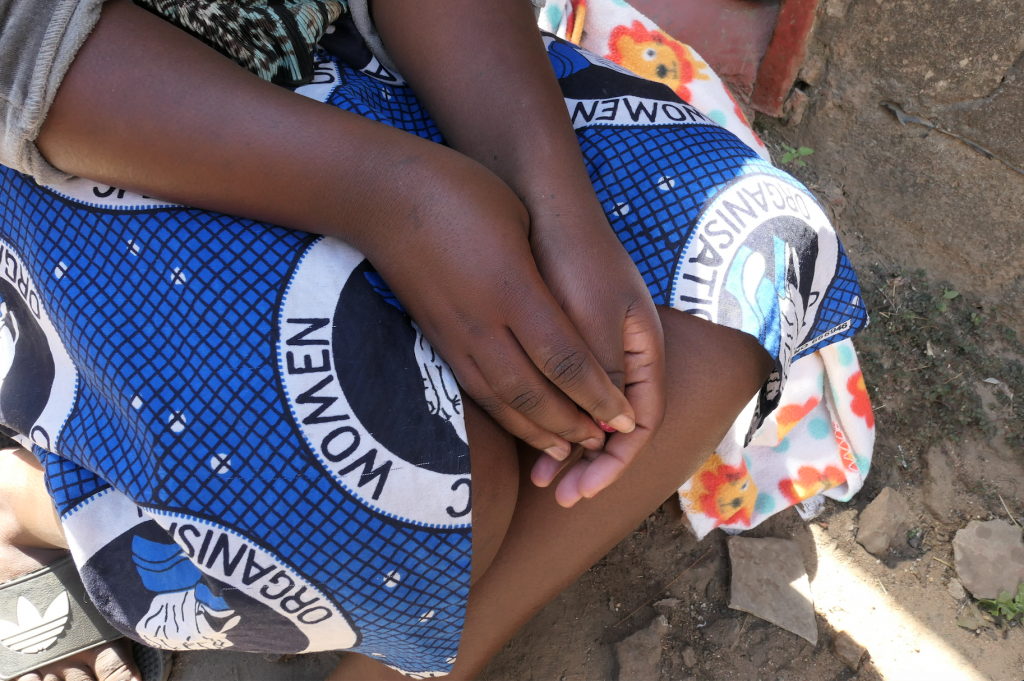 Seventeen-year-old Spiwe told WAP that she left school after finishing Grade 7 because her family could no longer afford to pay her school fees. Spiwe now lives with her grandmother, who is having trouble supporting her. “I want to go back to school,” she told WAP. “Now I do nothing. I’m feeling so much pain seeing young people my age going to school.” 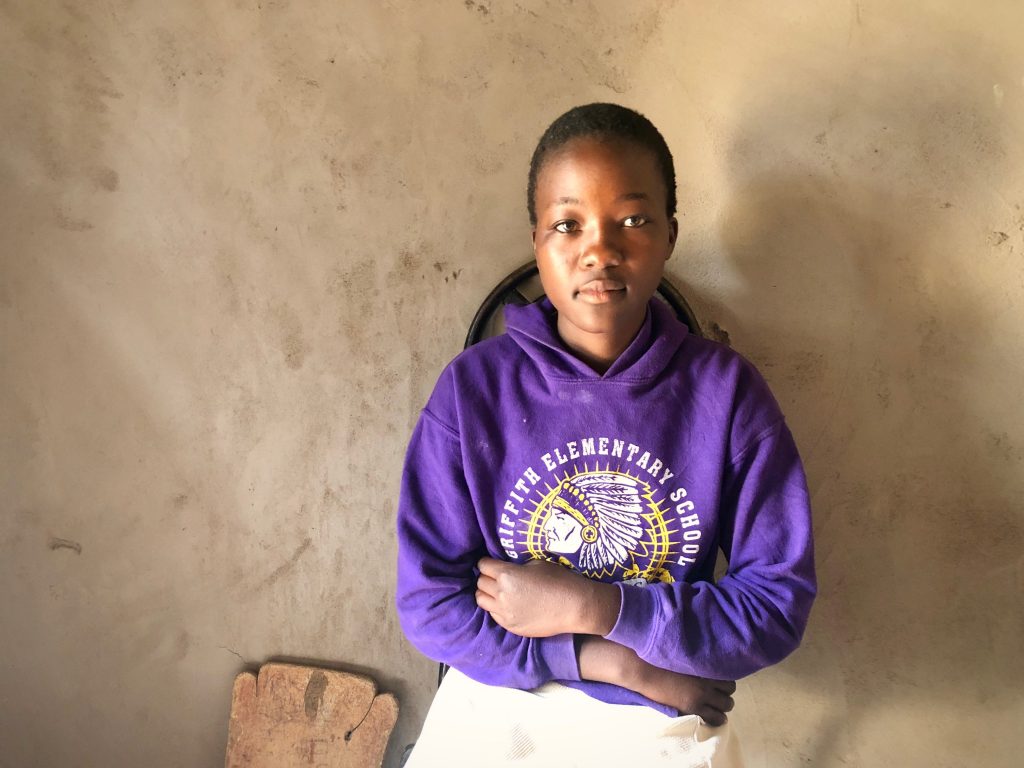 Sixteen-year-old Rejoice dropped out of school during Form 2. “My mother and father divorced. My father is now in South Africa and my mother can’t pay the fees on her own.” Rejoice’s favorite subject was Commerce and she had hoped one day to become a nurse.

She now spends her time at home with her brothers and sisters; her mother buys and sells goods in the market. Rejoice has five siblings and none of them are currently in school. 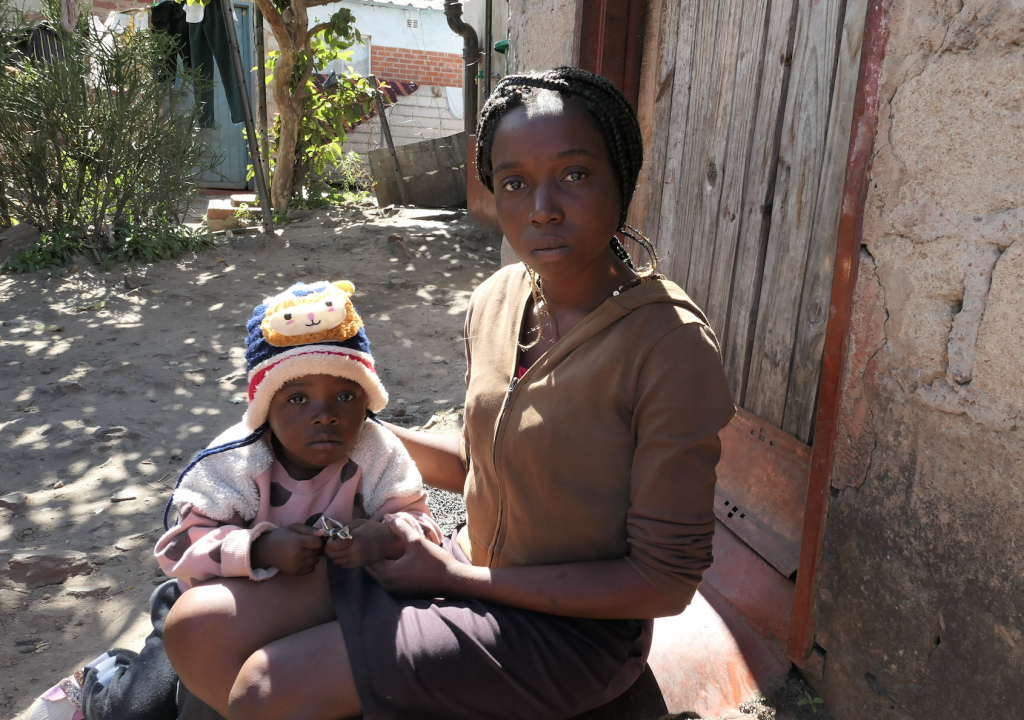 WAP met eighteen-year-old Anodiwa in Harare’s Mbare suburb. She left school when she was sixteen after discovering she was pregnant.“My favorite classes were History and English. I had wanted to be a human rights personal injury lawyer,” she said.  Like so many Zimbabweans, Anodiwacannot find work. She is currently living with her mother and looking for an employment opportunity so that she can save money for her children’s education. 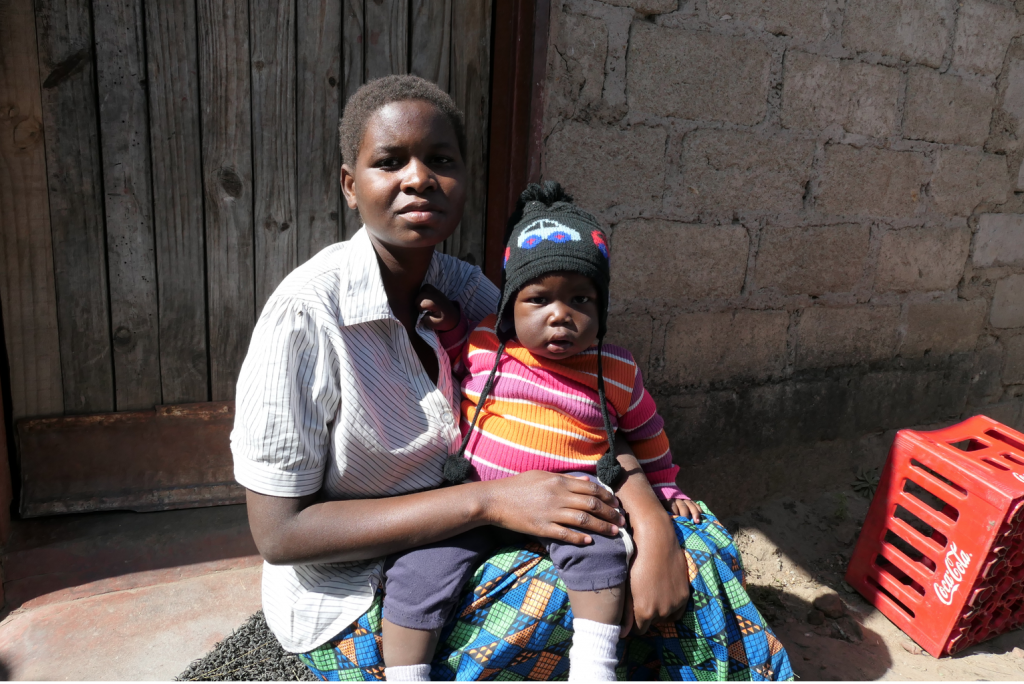 Eighteen-year-old Plaxedes left school two years ago after she became pregnant. Plaxedes married earlier this year. For many women around the world, marriage means a permanent end to their education. Plaxedes says that she would like to go back to school, but that her husband will not allow it. “He would worry that I would go with someone else if I went back to school,” Plaxedes told WAP. 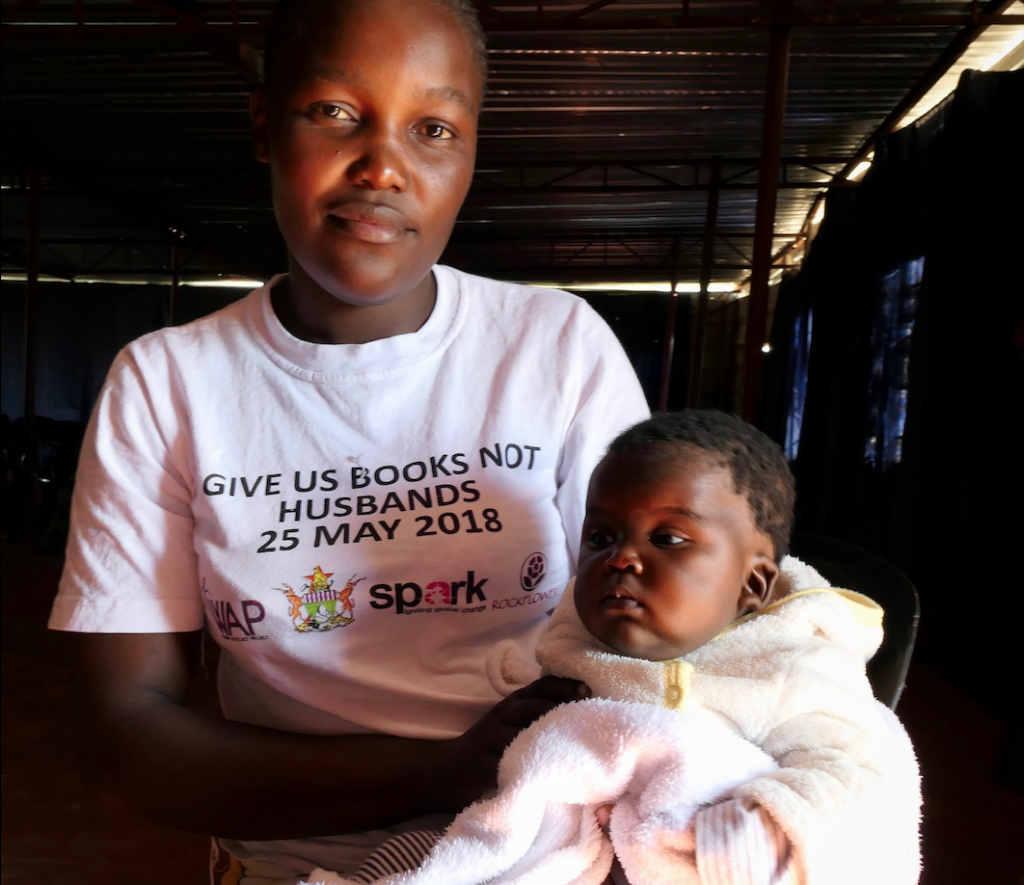 Twenty-eight-year-old Chihedza lives in Hopley with her husband and three daughters. Although Chihedza’s husband owns a vegetable stall in the market, they are having trouble raising the necessary $30 each month to pay for their two eldest children’s school fees.

Chihedza says she loved school but had to leave in Form 3 after her father died. “My wish for my children is for them to go to school,” Chihedza told WAP. “My wish for myself is to one day return to school and complete my Ordinary Level.” 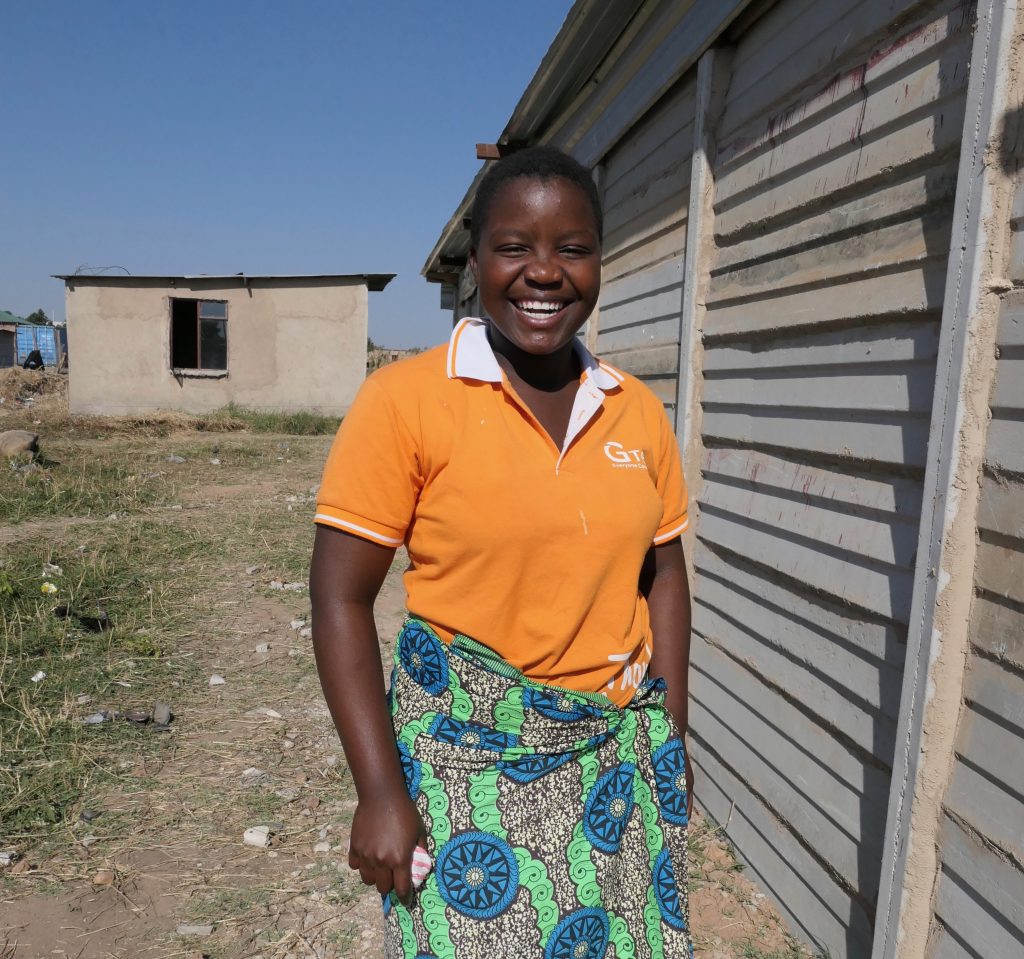 Joy married at age fifteen after her father died. She and her husband live in Hopley with their one-year old son. Now eighteen, Joy misses school. She recalls that her favorite subjects were math and science. “I had hoped to be a medical doctor, I wanted to help people” she told WAP. “If I’m given an opportunity to go back to school, I know I would do better than all the others. I know I am smart.” 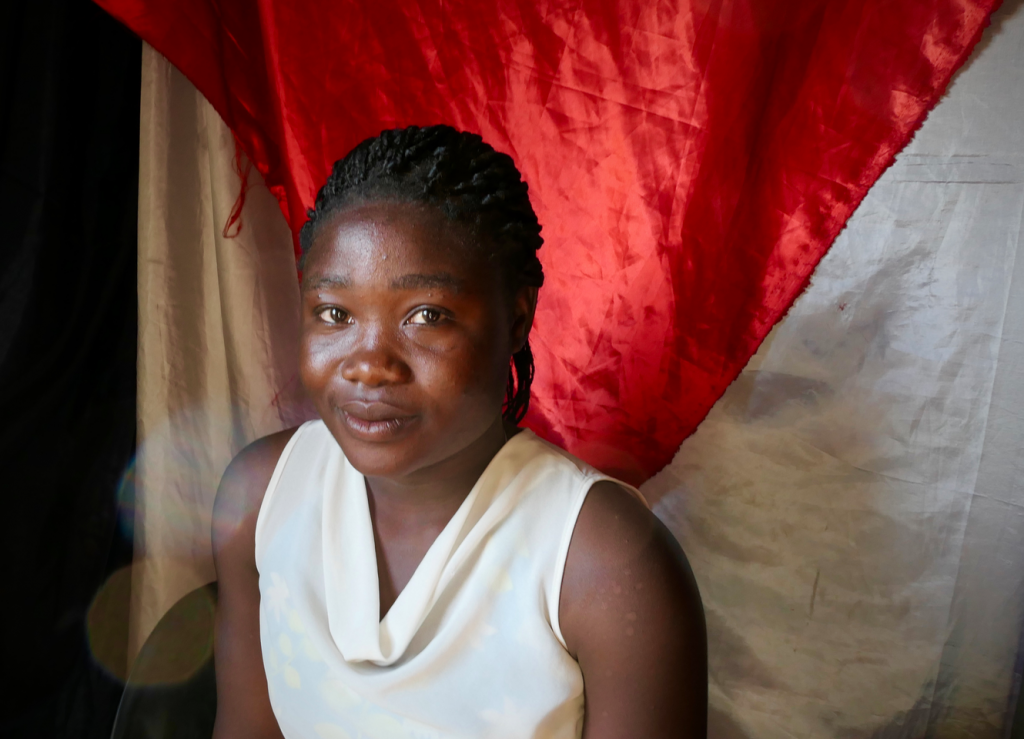 Fifteen-year-old Fadzai left school in Form 2 after her father died and her mother left Zimbabwe to work in South Africa. Fadzai now liveswith her grandmother and they support themselves by selling Freeze-its (frozen popsicles) in the market. Fadzai’s favorite subject was science and she had once hoped to become a doctor. “What is most difficult for me is the issue of my education,” she told WAP. “I want to go back to school like the other children, when I see them going too school I feel such pain.” 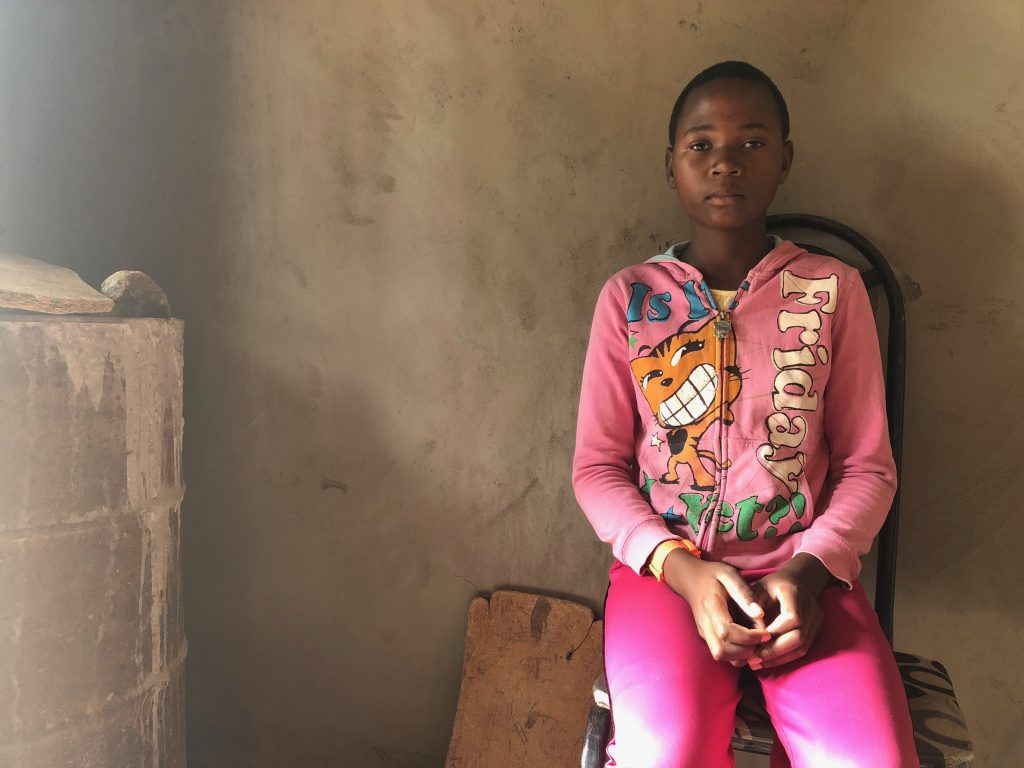 Fifteen-year-old Elizabeth is currently in Form 2, but says her family is having trouble paying her school fees. When she grows up she hopes to become a flight attendant. 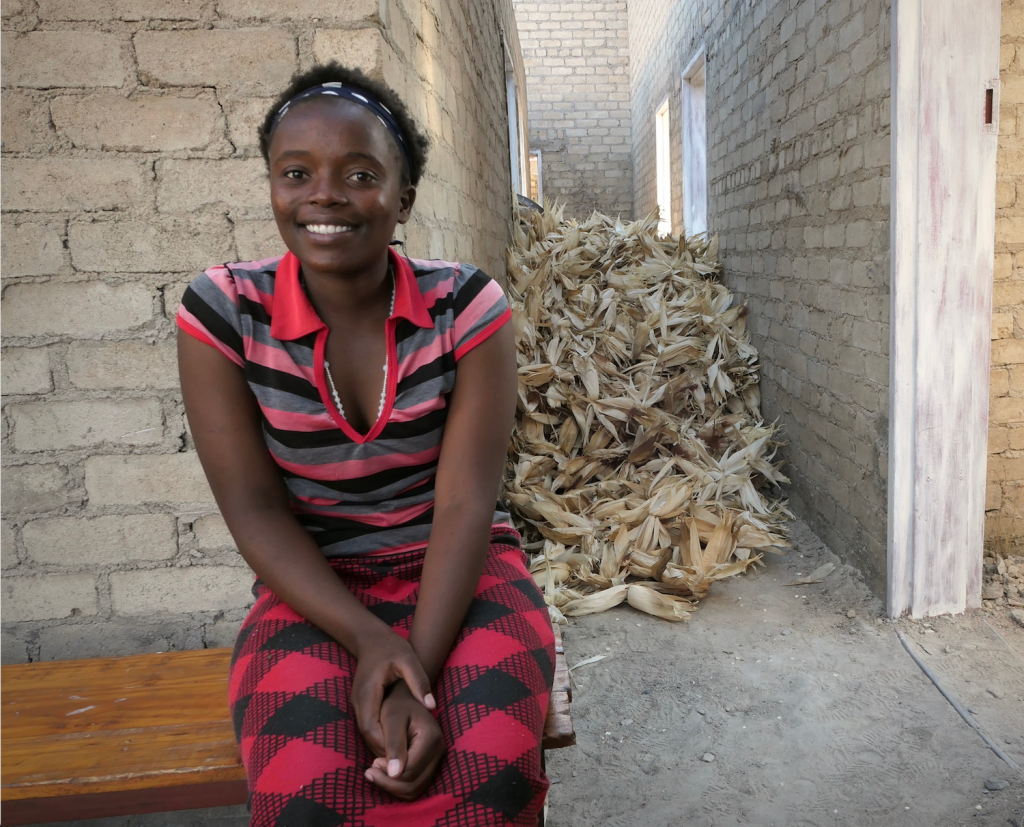 Nineteen-year-old Auyanerudo completed her Ordinary Level exam last year but has not been able to collect the results because she owes the school $450 in overdue fees. Auyanerudo’s favorite subjects were History and Shona [Zimbabwe’s primary language]. She hopes to attend university one day. She now spends her time taking care of her niece while her sister sells secondhand clothes in the market. 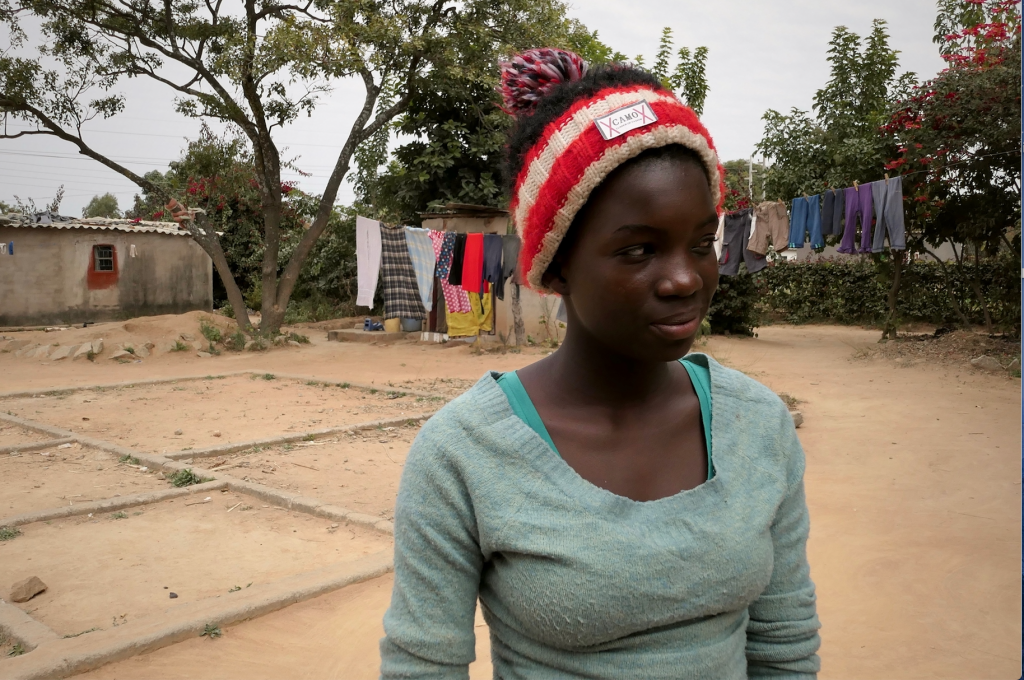 Seventeen-year-old Anokosha left school in 2016 after her father passed away and her mother became unable to pay her school fees. Anokosha had hoped to become a teacher one day. “I loved school,” she told WAP. “I delighted in Maths.” Now she spends her time caring for her grandmother, who is unwell. 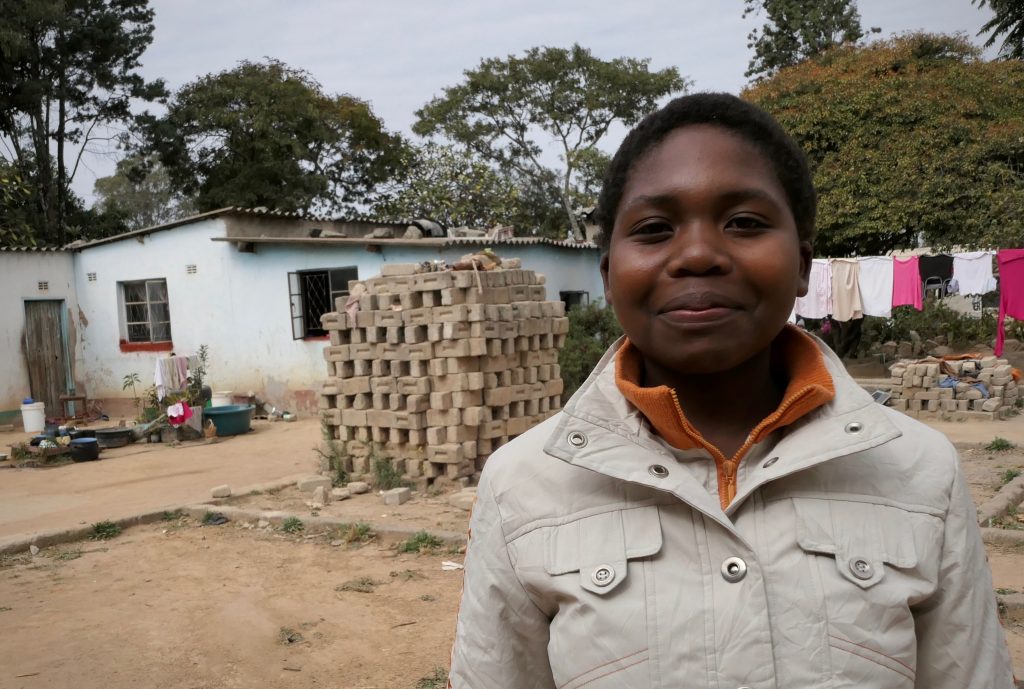 Fifteen-year-old Judith dropped out of school last April, when she was in Form 3, because her family could not afford her fees. Judith’s favorite subject was Accounts.“Now I am doing nothing, I am just around reading books at home. I’ve been reading exercise books from school,” she told WAP.