Since arriving in DC a little less than a week ago, I have initiated at least five distinct conversations about how much people run in this city. It completely baffles me. Blows me away. Not only is DC teeming with attractive runners in upscale athletic gear, but people in business clothes running simply to get from point A to point B efficiently. Given, people are doing this type of running out of some sort of frantic need to get to point B, but it’s efficient all the same. There is even an ad on the Circulator bus warning people about the dangers of running to catch the bus, so this type of DC running is apparently both efficient and slightly dangerous. Obviously it’s really in style right now. 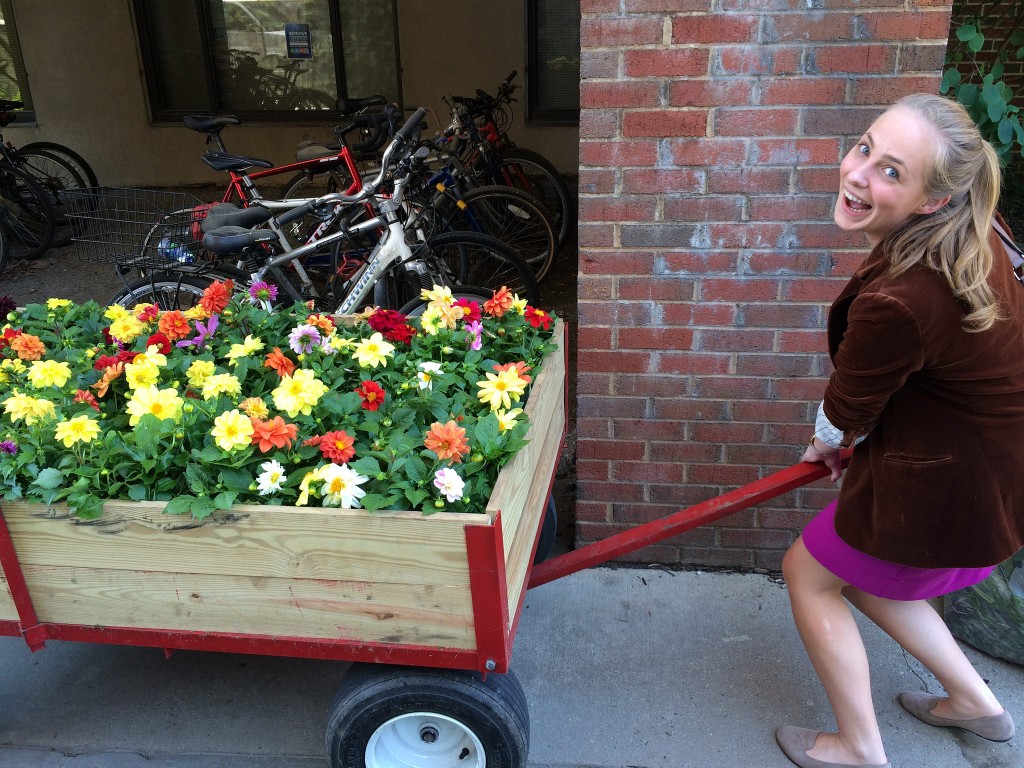 During my Wednesday morning commute, I saw the crosswalk timer outside of Union Station on North Capital and Massachusetts ticking down the seconds until I missed my bus, and in those quick seconds I knew that I, too, could be a DC runner. I, too, had to go important places quickly. Brilliant, Morgan, catch your bus while making a statement. I began running, holding my bag close to my body. In that brief moment, I belonged in DC and the spirit of DC belonged within me. Within ten steps, I was flying. More accurately, I was soaring through the air towards the ground. Some would even call it falling.

Part of me wanted to lie on the sidewalk, breathe in the humiliation, and accept my death at that very moment. The other part of me, the rational, capable part, ignored this urge. I tried not to cry even though I hurt inside and out. The left knee of my pants was torn and bloody. If I can’t handle DC, Nepal will absolutely eat me alive, I told myself. I will not be eaten alive. I will not be eaten alive. With this mentality, picked myself off the ground and continued down the street. I didn’t make the crosswalk, but I did manage to catch the bus. Albeit, I did catch the wrong one, but I caught it all the same.

The best part of this story, or maybe the only good part about this story given the humiliation, blood, and ruined pants, was the response of those around me. It began with the three men who stopped to see if I was okay after I hit the pavement. Oops, totally fine, no no no, I promise, totally fine, yes, thank you, I did handle that gracefully, thank you for noticing, yes, completely fine. Upon calling my older sister, the loving tone of her voice washed over me. The response continued with the other Peace Fellows expressing concern and complimenting my now stylish ripped pants. On my way home, a man approached me at the bus stop with large bandaids and a single use packet of Neosporin, telling me that he had passed by and noticed my ripped up knee. It even carried on the next day when my knee was leaking bloody fluid from under the bandaid and all I had was an old bank receipt (knew there was a reason I kept that in my purse), and the woman in the seat across from me handed me a wet wipe without a word. 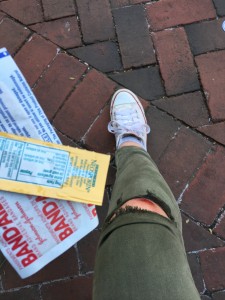 Beauty comes in many forms. In this case, beauty is Neosporin and a bandaid.

Although small, these acts of intense compassion have moved me greatly throughout this week. Kindness is a form of beauty that shines through actions, and I am so incredibly inspired to bring this type of beauty with me to Nepal. Since Wednesday, this positive energy has mingled with the training I have received from the Advocacy Project, and a light, bouncy excitement has started filling my chest. Not only have I mastered the act of recovering from a fall in the middle of a busy DC sidewalk, but AP has given me the skills, confidence, and faith necessary to pop right back up when I fall in Nepal.