“It is good to know what?” you might ask. Nkumu Fed Fed, that’s what.

The second half of our summer has begun, and with it came a new town, organization and work plan. While it was hard to leave UCOMAS, where we had spent the last month and a half working with and getting to know the women of the Sandaga Market, the change of scene and issue area has been an exciting shift. Johanna and I made the transition from heat and congestion of Douala to the fresh air in the mountains of Bamenda, where we will be spending the next month working with the Cameroonian human rights organization, Nkumu Fed Fed (NFF).

Below: A glimpse of the Northwest 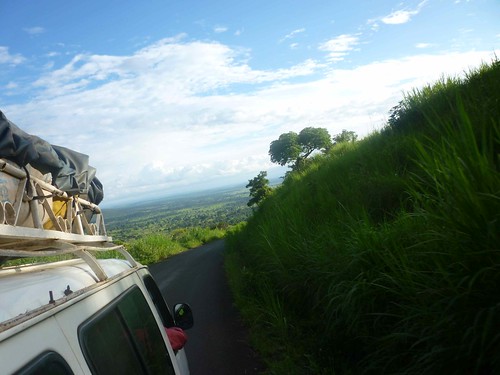 What started in 1996 as a small association of Bali Nyonga sisters, Nkumu Fed Fed has since grown into an international network of women’s groups committed to eradicating poverty, encouraging sustainable development and empowering vulnerable populations in rural areas (namely women, youth and the girl child). Using a multifaceted approach to achieving its goals, NFF activities fall into 4 main program areas, including: Education, Secure Livelihood & the Environment, Gender & the Rights of the Child, and Health & HIV/AIDS. While their Education and Secure Livelihood campaigns have been comprised of a number of concrete projects, such as scholarship awards, school construction and the creation of a micro credit and financing scheme, NFF’s two largest programs have addressed the Rights of the Child and Health-HIV/AIDS.

On Rights of the Child: Partnering with the International Labor Organization in 2004, NFF began the “Support Program for the Rehabilitation and Reintegration of Victims of Child Trafficking in the Northwest Province of Cameroon,” its largest project to date. The immediate objectives of the campaign were to 1) withdraw 100 trafficked children, 2) provide education and professional training to support their reintegration into society, 3) develop income generating activities for families of victims as an alternative to trafficking, and 4) ensure sustainability of the project. As part of the NFF-ILO collaboration, Nkumu Fed Fed constructed the Gwan Multipurpose Centre in Bali, which has enabled the housing, education and reintegration of over 140 victims of child trafficking.

Below: Three victims of child trafficking learn practical uses of plant life at the NFF Gwan Multipurpose Centre, where they now live. 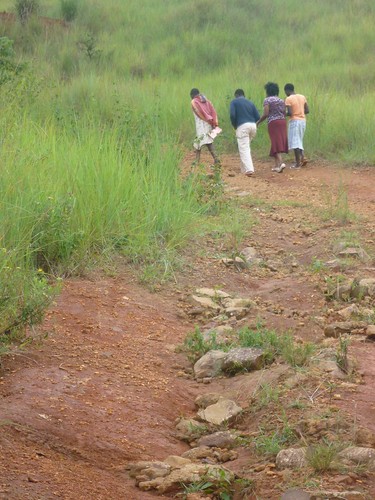 On Health and HIV/AIDS: With the help of a Vital Voices sponsored grant, NFF embarked on a yearlong HIV/AIDS advocacy campaign in 2008. Entitled “Advocacy Programme for Breaking Cultural Barriers on HIV/AIDS; Women Taking the Lead in North West Province,” the project used a number of approaches to combat the issue. NFF conducted informational workshops and produced advocacy materials aimed at changing cultural practices that enable and facilitate the spread of the disease. The workshops further documented the harmful impacts of specific cultural behaviors and trained both women groups as well as local traditional leaders, who are key actors for changing societal norms. Nkumu Fed Fed also produced and broadcast several English and Pidgin radio programs in an effort to spread the information to the widest audience possible. One such program, I Fine for Sabi, (Pidgin for “It is Good to Know”) broadcast on Radio Bamenda and Baptist Radio, took advantage of the numerous media outlets to reach rural populations and inform those who could not read or understand the printed materials. By training leaders of 70 other women’s groups across Cameroon, as well as reaching out to traditional chiefs and rulers, NFF’s HIV/AIDS advocacy campaign has started making substantial change in the way people understand the disease, bringing better health and a more stable future to the region. 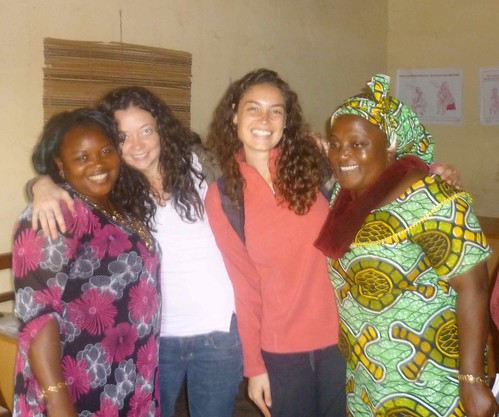 Above: Johanna and me with women from the Global Education and Environment Development (GEED) Foundation, one of 70 women’s organizations trained during NFF’s HIV/AIDS advocacy campaign.

As Vital Voices fellows, Johanna and I will be spending the majority of our time in Bamenda evaluating the content, process and success of this project. By the end of our stay, we will produce a complete report outlining what worked, what didn’t and how NFF can reform the program or where they can go from here.