Okay, perhaps the world hasn’t changed …yet, but the Chintan office is currently buzzing with excitement over the organization’s latest activist film project! 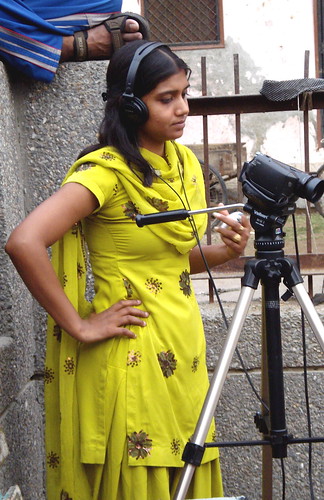 To create the film, Chintan partnered with Witness, a human rights organization that empowers grassroots NGOs to use documentary film as an advocacy tool. By producing films, such NGOs can publicize human rights violations and the struggles of oppressed communities worldwide. For months Ryan Shlief, a dedicated human rights activist and Witness’s Program Coordinator for Asia, has been training Chintan staff to work as producers, directors, camera crew, and film editors within the documentary filmmaking process. 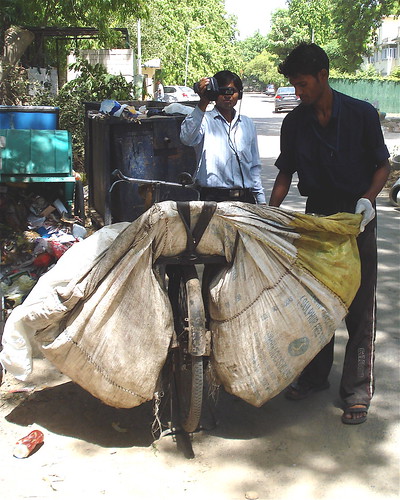 Thus, documentary film now represents another medium through which Chintan can disseminate information about environmentally and socially just recycling in Delhi. The current film project focuses on wastepickers’ rights in the face of corporate privatization of waste management in India.

Witness was founded in 1992 by musician and activist Peter Gabriel.

Witness’s slogan: “See It. Film It. Change It.” reflects the transformative potential of storytelling through film. By allowing people to tell their own stories, documentary  film has to capacity to uncover injustices and create counter-narratives to dominant societal norms. Documentary is thus an accessible artistic medium that can act as a catalyst for social change. Documentary also represents a unique opportunity for advocacy as it allows communities to tell their own stories and can enhance the directness through which oppressed peoples communicate with decision makers and the general public. 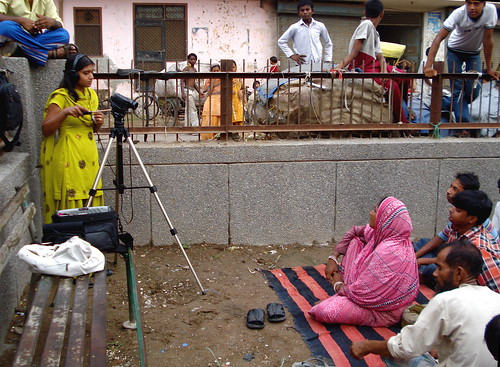 The Wastepicker Community of Seema Puri Tells Their Story

For further information on the project, including a video interview with Bharati, Chintan’s founder and director, see Ryan Shlief’s blog at http://hub.witness.org/en/blog/chintan-production.