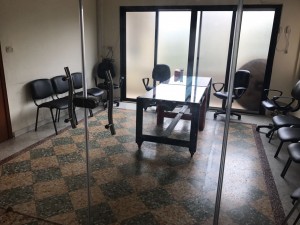 In order to maintain a presence in, and demonstrate its commitment to, northern Lebanon, Peace Labs recently opened a new office in Tripoli. The office is housed in one of the apartments owned and operated by the SHIFT Social Innovation Hub, an organization co-founded by Bilal Al Ayoubi based in Tripoli that serves as an incubator for community development, youth engagement, and social entrepreneurship. 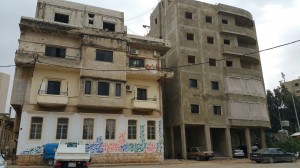 When Bilal finished his contract with USAID’s Office of Transition Initiatives (OTI) in early 2015, he and some friends and colleagues from OTI (Omar Assaf, Hani Alrstum, and Khaled Hamid) wanted to create something sustainable before leaving the work in the city and cutting the ties and relationships they had been building with people in the city. What they decided to do was create a platform – a hub – on one of the front lines between Jabal Mohsen and Qobbe (two neighborhoods between which there had been years of tensions and recent violent conflict). 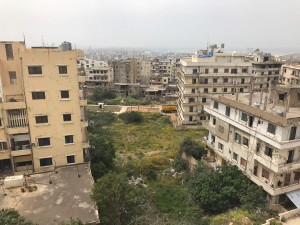 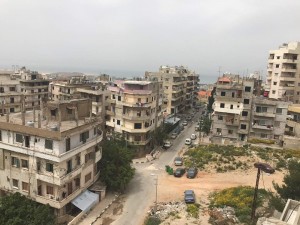 The motivation was to focus on getting people together. Without a clear idea about the best way to get people from these communities in one place, working on a shared project, the team acquired and started renovating an apartment in an area called Baqqar. Although not on Syria Street (the main front line of the conflict) and therefore not as visible in the media, Qobbe shares other aspects, such as poverty, illiteracy, unemployment, etc., but with fewer NGOs active in the area. 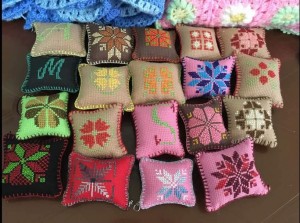 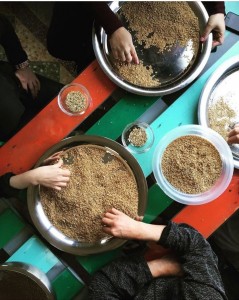 In this space, they were planning to create a cultural center to bring people on board until they developed stronger relationships with the community; however, the people were mostly interested in job opportunities, and therefore, they started to focus more on social entrepreneurship as a means to get both communities working together not only to solve social problems, but also to generate income.

SHIFT was the first, and is still the biggest, social entrepreneurship hub in the city that focuses primarily on incubating initiatives and social enterprises in order to create jobs, get people to work together, and think about the conflict and the situation in a different way.  Rather than obstacles or challenges to living a meaningful and rewarding life, residents are encouraged to see their problems as potential sources of income, for example, a recycling project that started in the area, or even a local NGO or entity that addresses local problems. 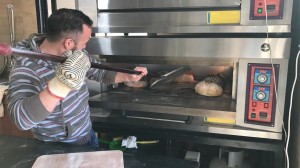 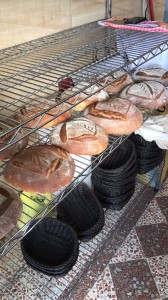 Since then, SHIFT has grown and now operates nine apartments, which feature a rooftop terrace, cultural spaces that host films and book readings, a community kitchen where they incubate local initiatives related to catering and food-creation jobs, as well as rooms for NGOs and initiatives that want to work in the city but can’t invest in the start-up costs for big offices. 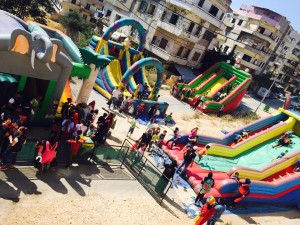 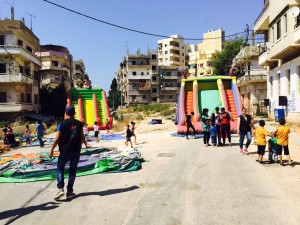 SHIFT has conducted training for communities affected by the conflict, or for those who lost relatives, on how to create their own business and/or benefit from small grants; offered vocational training for women; participated in a social entrepreneurship competition; and hosted two screenings for the Tripoli Film Festival. They are now working with an international NGO to identify skills and capacities of certain youth groups in order to give meaningful, useful, enjoyable, and hopefully long-term vocational training.

View from one of the SHIFT rooftops

Organizations like Shift are necessary and important for the work they do. By providing a space to incubate social enterprises (both businesses and NGOs), SHIFT makes a significant contribution to social change and the empowerment not only of the residents of the areas in which they work, but of the city more generally as well.

For more about SHIFT, see the leaflet below, or find them on facebook:

*All photos courtesy of SHIFT