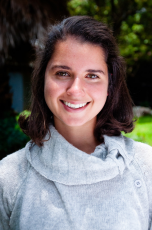 Beth (she/her/hers) is a master’s student at Tufts University’s Fletcher School of Law and Diplomacy where she focuses on conflict resolution, peacebuilding, transitional justice, and gender. Prior to Fletcher, Beth served as a Peace Corps Volunteer in Ethiopia teaching high school English and organizing teacher development programs. She extended her time in Ethiopia to work with the International Rescue Committee on women’s protection and empowerment programs in Eritrean refugee camps. Beth holds a bachelor’s degree in Government and Classics from Wesleyan University, and she wrote her undergraduate thesis on community-based courts as mechanisms of transitional justice in ancient Greece and Rwanda. At Fletcher, she is on the organizing committee for the 6th Annual Conference on Gender and International Affairs and enjoys playing soccer with the Fletcher Fútbol team. She is very much looking forward to working with NEFAD and gaining a deeper understanding of transitional justice issues in Nepal. 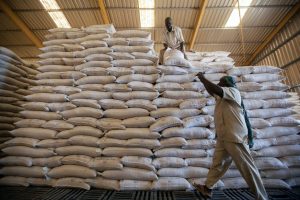 Over the last few weeks, the murders of George Floyd, Breonna Taylor, and Ahmad Aubrey, among many others, have brought discussions of anti-racism, systemic racism and white supremacy to the fore of social media, politics and the press. National outrage and mass mobilization have led state and city governments across the US to adopt resolutions to reform, restructure, defund and potentially dismantle police departments, and there appears to be a national reckoning with just how deeply entrenched racism is in all aspects of American society.

As a student of international affairs who spent three years working in and alongside development and humanitarian aid agencies in northern Ethiopia, I have been grappling with how racism, anti-racism, white supremacy and white fragility shape the study and practice of international relations. Just as mainstream conversations have highlighted the ways in which the legacies and origins of US policing in slave and labor patrolling continue to uphold a racist status quo in the present day, I have been trying to understand the ways in which racist attitudes that were used to justify the Slave Trade and later colonization by Western states continue to permeate the study and practice of international development and humanitarian aid today. Here, for my first blog post, I want to share some of the literature I have been reading on these topics as well as some of my own thoughts and observations.

There have been, unfortunately, numerous instances of overt racism in the development sector, but we rarely hear about or discuss how racism is embedded in the structures of foreign assistance. In her op-ed “International development has a race problem,” Angela Bruce-Raeburn, a former senior policy advisor with Oxfam, writes:

“Inherent in the very concept of aid is race and racism because only in this system can majority white societies with ample resources determine what poor black and brown people need, how much they need, set up the parameters for delivery of what they need, and of course create an elaborate mechanism for monitoring how well they have managed the donated funds to meet their needs.

How many hours have we willingly offered to the mind-numbing monitoring and evaluation tools created in headquarters, without local input, to assuage donors that local aid organizations are diligent stewards of the generous taxpayer dollars of mostly white donors in the developed world?

As a result, the very people who are in need of the help that development aid is designed to elevate are stripped of agency over their own lives, normalizing dependency in their own eyes.”

Elsewhere, Bruce-Raeburn has written about how a failure to understand power dynamics, sexism and racism has contributed to the persistence of sexual abuse and exploitation in the development sector (I encourage everyone to read more of her writing). 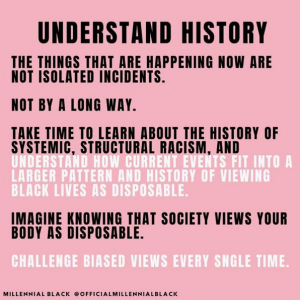 As INGOs enter countries to fill the gaps left by “weak” or “failed” states, we often fail to examine what has caused these states to fail, or why, for that matter, “statehood” came to be something we value and measure in the first place. Little attention is given to the fact that colonial powers left behind institutions that were never meant to be democratic, and often were enforced through violent, coercive and racist policies. We may also fail to notice that the very presence of international aid agencies might be contributing to the weakening or displacement of the state, as they act as substitutes for local government agencies by providing services such as healthcare, water, food and education, all of which are heavily branded with the emblems of INGOs and foreign donors. Governments in the West have reduced bi-lateral aid under the pretense of corrupt government officials and mismanagement on the receiving end, without recognizing the harm that these (often racist) assumptions perpetuate. It has also been well documented that foreign assistance, particularly in the form of food aid, can actually cause more harm to local livelihoods by inflating the prices of local commodities.

To be fair, many INGOs have adopted and integrated Do No Harm principles to minimize the risks they pose to host communities, but some might argue that this hasn’t been enough to address deep underlying structural inequalities entrenched in the international system.

At the end of her op-ed, Bruce-Raeburn outlines recommendations for international development and aid agencies to confront systemic racism, including committing to diversity at all levels of organizational leadership, allowing those affected by racism and sexism in development to design the safeguarding systems that are meant to protect them, and ensuring that there is meaningful consent and buy-in of aid recipients at all stages of program design and implementation. As students, it is important that we critically engage with and question the status quo of international development and how it is taught. I have included below a list of resources that I have found enlightening as I grapple with these questions, and I hope readers will post their thoughts, responses and any additional resources. I intend to continue this discussion in my next few blog posts, including a discussion of post-colonialist theories of IR, knowledge and language as sites of power, and the issues surrounding human rights discourse and international criminal justice.

This podcast on Consent in Development

This podcast on feminist monitoring and evaluation practices

Also, a plug for my colleagues at Fletcher who are working on the 3rd Decolonizing International Relations Conference, which will be held virtually in November.