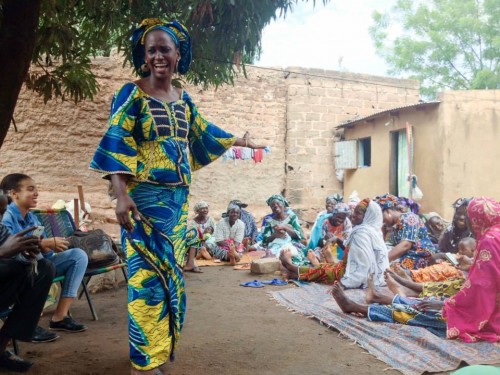 Sini Sanuaman’s outreach coordinator, Mariam Seck, has always been passionate about the rights of women and children. She has been working for the organization since 2009. Initially a community outreach worker, her role quickly grew as she also began to train other outreach workers, community leaders, groups of women and youth, and people involved in civil protection such as policeman on communication, excision, reproductive health, violence against women and children, and human rights.

With the outbreak of the political and security crisis in 2012, and the expansion of Sini Sanuman’s work into empowering survivors of armed gender based violence and displacement, Mariam became the lead on all rape cases.

With a background in sociology and anthropology, Mariam has always cared about issues in society and finding solutions to them. When she completed her Master’s in 2004, she wrote her thesis on the obstacles women face to participating in public, political, and economic life in Mali, looking particularly at the case of Bamako’s commune 2.

An eager researcher, during and after her studies, she conducted surveys or inquiries on violence against women, malaria in children, and sanitation and rubbish collection in Bamako. She believes learning does not have to stop after school and she continues to teach herself more about the rights and health of women by reading, using the internet, and speaking to people, such as doctors. 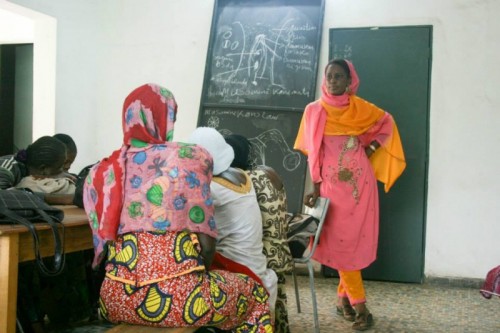 Mariam is passionate about the rights of women and children because she believes that they suffer the most. Children are important for the future and development of the nation; if they are not educated they are at risk of becoming delinquents or thieves. Yet in the large families common to Mali not all of the children are able to eat well, let alone go to school.

According to her, women do not have the right to speak up and are not represented in politics. They work very hard all day, going to the market in the morning, going home in the afternoon to cook, and then taking care of children. However, they only make a little bit of money, which they spend on feeding the family. Girls get pulled out of school to get married, and as a result they are illiterate and cannot read their children’s medicines or get office jobs.

Prior to joining Sini Sanuman, she worked with World Education on the rights of girls and boys to go to school. And when the opportunity to work with Sini Sanuman arose, she looked forward to working on issues like excision and sexual and reproductive health. Sexual health is a topic that is not discussed in Malian society, and so she thinks it is important to educate and sensitize people about it.