Moving Forward After Losing a Loved One: The Story Behind GFACS

The very first time Santos and Leah Labeja held their son Gideon in their arms, they visualized a bright future for him. They had images of him learning how to ride a bike, to flashes of him graduating from college and eventually getting married. In this picture, they had already established a beautiful new world in their mind that will forever include their son. Sadly, the beautiful new world that was created elusively for Gideon was shattered into pieces on December 19th, 2006.

It was just another ordinary weekday for the Labejas. Santos had just arrived into town from a business trip when he and his wife discovered the body of their four-year-old son Gideon by their compound.  A man who lived on Santos’s property had kidnapped Gideon by luring him away from his house using a musical Christmas card. After he murdered Gideon, he cut off parts of his body and then attempted to pluck off his tongue.  The perpetrator was eventually captured but he later escaped from prison. While in custody, he admitted that a witch doctor had told him to bring body parts of a young boy for a ritual ceremony, in an attempt to gain riches and blessings. Till this day, Gideon’s killer continues to roam the streets of Uganda and may still be committing this wicked crime. 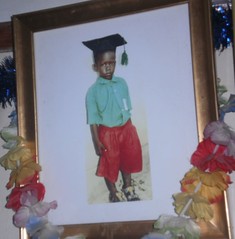 In early 2007, seeing no other alternative of stopping this dastardly practice, Santos and Leah established Gideon Foundation Against Child Sacrifice (GFACS).   They decided to start this organization to put an end to child sacrifice and to advocate for affected families.  GFACS is the only organization in Uganda that is solely fighting child sacrifice.  The main aim of the organization is 1) to diminish the ritual practices of witch doctors in Uganda through advocacy and prevention mechanism 2) to support families who have been affected by child sacrifice 3) to push forward the Ritual Murder Act law (formulated by Santos and his lawyer) that specifically punishes the offenders of child sacrifice.

Last week, I got a chance to seat down and talk face-to-face with the founders of GFACS.  In the first part of my exclusive interview, Santos and Leah spoke to me openly about GFACS, coping with the loss of Gideon, and keeping his memory alive through the organization. The second part of my interview, I sat down solely with Santos to talk about the past, present and future of GFACS. Below is the clip from my interview with Santos.

Within GFACS, Santos serves as the Executive Director while Leah assist as an advisor.  The remaining staff members are composed of two volunteers Stella Ibwalingat and Esther Ocom. They are essentially the backbone to the organization. They work side-by-side with the Labejas on the grassroots level by educating and creating awareness on this issue. Together this team has been a dynamic force in Uganda. Just within the past five years, GFACS has compiled a database list of families who have been affected by child sacrifice in Uganda, promoted awareness and advocacy through various media outlets including the major newspapers and radio station. And last year Santos addressed the Parliament of Uganda and handed over a petition to them. I recently found out that the petition will be discussed amongst the parliament members this upcoming week. This is remarkable news for everyone at GFACS and its supporters. 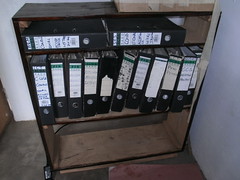 I urge each and every one of you reading this blog to take 5 seconds of your time to follow GFACS on Facebook,  so that  they can reaffirm their stand to put an end to child sacrifice. Here’s the link:  http://www.facebook.com/thegideonfoundation