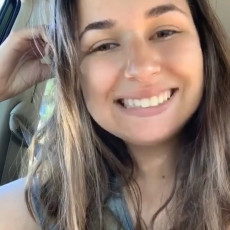 Delaney Rogers is a senior at the University of California-San Diego, majoring in Political Science with a concentration in International Relations. Having a mother who fled her home country due to religious persecution, human rights is incredibly important and personal to her. She hopes to pursue a career that advocates for tolerance

Growing up, I’ve had to evacuate from my childhood home 3 times. Grabbing items that are invaluable and sentimental, passing flames as we trek to go stay with a family on the opposite side of town hoping the rest of my belongings that I had to leave behind don’t fall victim to a California wildfire.

Growing up, we didn’t have snow days as the average temperature in Southern California is around 75 degrees, we had school canceled because the air quality due to smoke was too dangerous to be outside.

In the increasingly interconnected world, climate change has undeniably become a global threat. Societies will see an escalation in climate-related struggles if we maintain our current way of life, with no adjustments made. Creating an unstable future, one where there is a steep competition over resources, increased flooding, and people displaced from the effects.

Growing up, I have had United States Senators bring a snowball to the house floor to “prove” it is still cold outside and therefore climate change is still able to be disputed.

Growing up, the leaders of my nation have refused to acknowledge climate change as a serious threat, essentially leaving the world in tatters for future generations, my generation.

With the new Biden administration, climate change activists rejoiced to have a champion in the White House. President Biden signed a series of executive orders on the day of his inauguration, one of them rejoining the Paris Climate agreement and rescinding the construction permit of the Keystone XL oil pipeline.

However, this is not enough.

Climate change must be at the forefront of the new administration. The rejoining of the Paris Climate Agreement needs to be followed up with massive and aggressive domestic legislation.

We need to be aggressive.

We need to not only invest in new technology but also to dramatically reduce our greenhouse admissions.  We need to lean our economy off of its reliance on fossil fuels, we need a government that will fight for the future.

Although our government might be passive in tackling this issue by still having a debate the rest of the world has come to a conclusion about. It is easy to feel like what you, personally, are doing isn’t enough to combat the climate crisis. However, every item recycled, every single-use plastic unused, every time a reusable bag is used, and so on, adds up.

Climate change should no longer be a debatable issue. It is a fact. People who do not believe in climate change are not, “skeptics,” they are actively harming the future of the world.