Pastoralist Businesswomen as Agents for Peace

During the 2 weeks I spent in Samburu County in Northern Kenya, it became very apparent to me that woman have an extremely important role in pastoralist society. While the men are away herding livestock, the women are left to make sure everything else, including the home and family, is sorted.

By 9:00am women are already out cleaning clothes in a stream (or any water source they can find). Afterwards, they look for firewood, walk to get water (usually a long distance while then having to carry the water back to their homes), and take care of other necessary tasks. Then it’s time to prepare lunch. Once the family is fed, they go to run their businesses and make it back in time to make and eat dinner for their family. Then, they get ready for the next day to do it all again. They are resilient and resourceful, but climate change is making their lives much harder.

This is why CPI Kenya is launching a Women’s Entrepreneur Network (WEN).

The network connects 5 Samburu and 5 Pokot women through 2 group businesses. Both groups have decided, after considering the markets in their areas, that they will buy and sell goats for their group businesses. The 2 groups will meet individually once a week to make sure everything is on track. Once a month, the 2 groups will gather to share business advice and learn how they can support each other.[1] 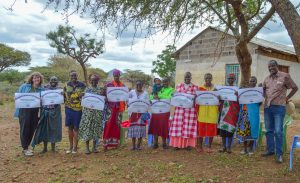 The inaugural group of participants in the Women’s Entrepreneur Network. They’re holding a sign to put in their shops that says “Businesswomen for Peace.”

While WEN empowers businesswomen to build sustainable livelihoods, it’s also an avenue for peace. And given their wide variety of roles, businesswomen in pastoralist communities play an important part in creating peace.

All of the participants in WEN have experienced the brunt of conflict for more than a decade. Raids between Pokot and Samburu warriors affected everyone in Longewan (Samburu) and Amaya (Pokot). They’ve seen the horrors of conflict and the dividends of prosperity that peace brings. They are intent on guarding the benefits of peace.

One way that WEN will help contribute to peace is that it creates a network of informal communication between women in both tribes. During our interviews with women in the network, over 6 of them mentioned that the network will help increase communication about potential conflict being planned against the other village.

Some of the women also mentioned that by being part of WEN, they’ll become more visible in their communities. Members of the WEN from Longewan and Amaya have a variety of businesses from selling petrol, owning maize mills and restaurants, selling food and home stuffs, and more. If others in Longewan and Amaya see this group of women engaging with each other and their inter-tribal customers, they can see that it’s possible to coexist peacefully.

But the relationships don’t just stop at the women in WEN. The people in their lives—children, husbands, friends—will also be connected to inter-community engagements. The network may be steered by women, but it doesn’t stop at their relationships.

We’ve identified the women. Set up the program. Now, CPI Kenya just needs monetary support to launch the Women’s Entrepreneur Network. You can help us launch the network on July 20th by donating to the GlobalGiving campaign! 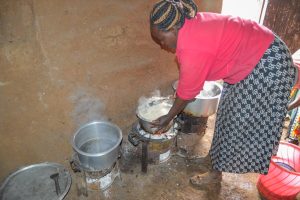 Margaret serving ugali in her restaurant in Longewan. 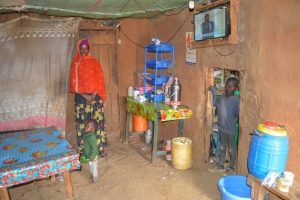 Fatuma posing in her restaurant in Longewan. 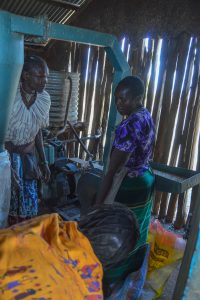 Josephine helping Pokot customers at her maize mill in Longewan. 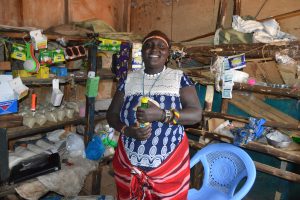 Chepsait at her shop in Amaya. 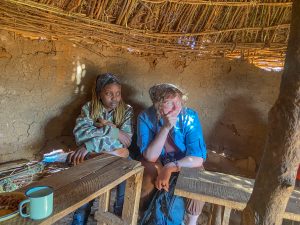 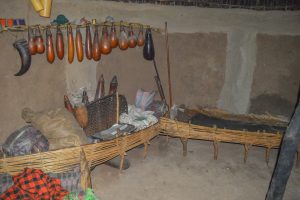 In Amaya, most women have businesses out of their homes. Customers know what each woman sells and where the live to purchase goods. This is Chepochomorko’s home and business in Amaya where she sells sugar (and other goods when there’s no drought).

[1] I feel like it’s important here to note that at the beginning of trying to launch this program, we had a different idea of what it would look like. From Nairobi, we could try to think of what would make a good program for the participants, but until we were on the ground we didn’t know what their real needs and goals were. This was a good example of prioritizing the people in the program.