Peacebuilding stories from the field: Tripoli

When I heard that Peace Labs was implementing programs in northern Lebanon, naturally I did a search for YouTube videos about the area. One of the first that came up was a VICE News report about the conflict between Beb El Tebbeneh and Jabal Mohsen, two neighborhoods in the northern city of Tripoli, Lebanon’s second largest. As my mother sat down to watch the video with me, I realized too late that this was not the best introduction to Lebanon for her to see. Although she has always encouraged me to travel and supported my wandering to places out of the norm, doing a summer internship in what looked like a war zone was a bit too much. Eventually, though, I was able to reassure her that the communities in which Peace Labs was actually working were not near the fighting in Tripoli, and that if it were really that dangerous, I wouldn’t be sent there.

In a later conversation with JP, the director of Peace Labs, I learned that they had a small office in Tripoli and that I would most likely be spending some time working there in order to be closer to the target communities. As it turns out, the office is strategically (and symbolically) located precisely on the border between the two neighborhoods I had seen fighting in the documentary. By having an office right in the middle of a former fighting zone, Peace Labs hopes to send a message proving its commitment to working with these conflict-affected groups. I was, of course, thrilled to go; my mother, not so much.

The tensions between these communities in Tripoli have precedents in the Civil War (1975-1990) and the Syrian occupation of Lebanon (1976-2005), and while often simplified and portrayed as sectarian conflict between the neighborhood of Jabal Mohsen, which is primarily Alawite, and those in neighboring Beb El Tebbeneh, who are mostly Sunni, the fighting has much to do with historical, political, and economic considerations. All the same, the recent conflict in Syria has spilled over across the border into Lebanon and exacerbated these tensions, with Jabal Mohsen siding with the Syrian regime, and Beb El Tebbeneh supporting the opposition.

Until three years ago, various sporadic and intermittent rounds of fighting would occasionally erupt between the neighborhoods. Many claim it was an open secret that the fighting was being sponsored by certain political interests, particularly given that inhabitants of the historically marginalized and impoverished northern region would not spend their limited resources on weapons without external prompting and financial support. Three years ago, however, it was apparently decided at higher political levels that the fighting in these communities was no longer in the best interest of those promoting it, and soon after arrangements were made for the fighting to stop. 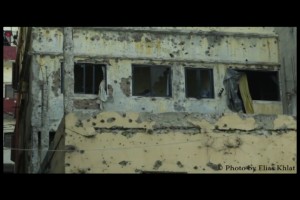 One of the major lingering problems from the conflict, as one can imagine, is the continued presence of ex-fighters. On a personal level, these individuals had gone from victims to victimizers and/or heroes during the time of the conflict, but now that the fighting has stopped, they are scorned and seen as criminals by many for their prior activities. The psychological and social toll of this transformation is potentially destabilizing both for the individual and for their community.

Former fighters also present an opportunity for significant reconciliation work, however, since their involvement in joint peacebuilding programs could show the rest of their communities that cooperation and trust can be built even between former battlefield opponents. The effect could be particularly powerful among the youth, some of whom may see the ex-fighters as role models to emulate, and these efforts would also inspire confidence in the peace process, convincing the communities that fighting will not break out again. The demobilization and rehabilitation of these former fighters is therefore important for peace work in the region. 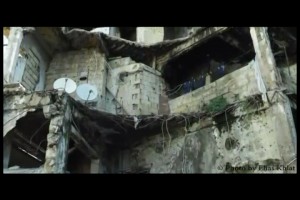 Along with the fragile social fabric, the physical appearance of the city still bears witness to the ferocity of former battles. While some buildings have been restored, evidence of the fighting abounds in the form of pockmarks from ricocheting bullets on many facades (as well as some larger holes from larger ammunition). Admittedly, these sights are not all that unusual for Lebanon. Outside of the posh downtown area of Beirut, which was rebuilt after the Civil War, pockmarked buildings can be found throughout the capital city. The damage in Tripoli, however, combines the historic scars with much more recent memories. 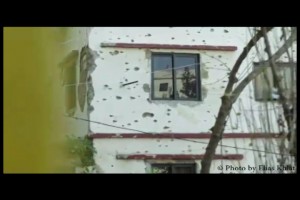 Another sign of recent tensions is the heavy military presence which, although noticeable even in Beirut, is much more so in Tripoli. Although the city is calm, and the multiple checkpoints don’t seem to require anything more stringent than a look in the eye and a salutary ‘marhaba’ (hello) to the soldier, the heavier military presence nevertheless ensures a rapid response and the ability to quickly and effectively control particular strategic points. Some locals have also expressed a belief that the current ‘peace,’ which they view as only a ceasefire, will continue only as long as the Lebanese Armed Forces maintain their presence in the area, and that fighting would break out again if they were to abandon the checkpoints. 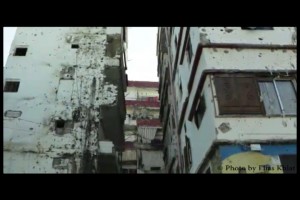 Peace Labs had been involved in peacebuilding and conflict resolution work in northern Lebanon for some time even before the outbreak of the conflict in Syria, but these new dynamics add further complications to already delicate work. One of their recent projects was the Roadmap to Reconciliation in Tripoli (RRT) carried out in collaboration with several other organizations, such as Permanent Peace Movement, Fighters for Peace, Youth for Growth and Development, and SHIFT. This project was designed to test the waters for an eventual reconciliation process. 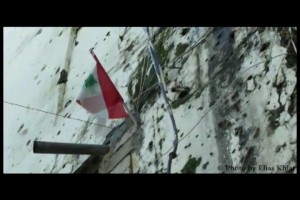 The word “reconciliation” has a negative connotation in the minds of many locals given their past experiences both in the Civil War and during the more recent conflicts. The RRT was therefore intended to gauge the attitudes and receptiveness of the communities to participate in a peacebuilding process. Since a ‘reconciliation’ process dictated from above was unlikely to be successful, and, in fact, more likely to perpetuate the conflict dynamics, the RRT’s grassroots approach sought to understand the needs and demands of the communities in order to lay the groundwork for future programs. After rigorous analysis and discussion with both community members and peacebuilding professionals, the RRT also suggested various kinds of interventions that could contribute to creating peace in the area. 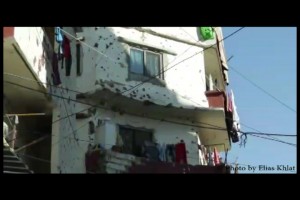 The project methodology followed five stages. First was the establishment of a committee of experts from various organizations to design and plan the process. Next came the research, stakeholder analysis, and outreach. In this stage, the committee identified the stakeholders and explained the project through community leaders and gatekeepers, which allowed them greater access to community members and affected groups. In the data collection phase, they conducted ‘communal conversations’ and key informant interviews. The fourth phase was data analysis, which was supported by their technical partner and inspiration, the Forum for Cities in Transition (FCT), led by Professor Padraig O’Malley who, together with an FCT delegation, came to Tripoli to discuss the findings of the research before inviting the Tripoli delegation (along with delegations from 15 other cities) to a conference in Stolat, Bulgaria to further delve into the details and recommendations. The final stage was soliciting feedback from the community and drafting the Roadmap to Reconciliation document. In this stage, the committee reengaged the participants from the data collection phase, presented their findings, and encouraged the communities to take ownership of the project and become actively involved in implementing the RRT’s recommendations. 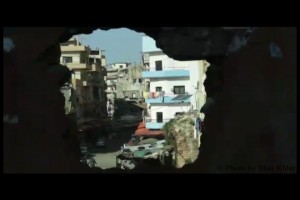 Because of its history of tensions, both recent and more distant, combined with the spillover from the conflict in Syria, in terms of both violence and refugees, on top of the already large population of Palestinian refugees who have been there for decades, combined with the fact that the area is one of the more marginalized and impoverished of an already resource-limited country, northern Lebanon is particularly susceptible to the potential reemergence of large-scale violence. Thus, organizations such as Peace Labs, and particularly projects like the RRT, which prepare the ground and inform the field, are needed now more than ever.

But after so much harm, there is limited political interest in this kind of social and urban restoration work. As Elias Khlat says in his film Tripoli: Road to Reconciliation; Part 1, “the conflict zones are left alone in the struggle to heal their wounds. As if the absence of war were enough alone to bring back life… As if nothing had happened before.” It is therefore essential to support the efforts of the organizations taking the initiative, and for more to join in these efforts. This will allow them to put sufficient pressure on the political level to act for the benefit of these communities, further ensuring such violence does not break out again.