While this is true, men are allowed, and encouraged, to bring cases to the women’s courts. After all, much of the discrimination that women face in western India is due to the patriarchal structure of the society and culture. In order to transform this culture, men must be involved. And of course, men can also be discriminated against and abused, which must be addressed. Click on any of the photos below to link to my AP flickr set! 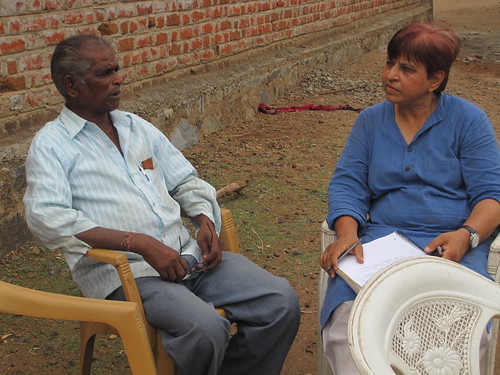 Now back to Kamjibhai Lalubhai. In 2005, Kamjibhai filed a court case against his neighbor, after his neighbor attempted to steal some of Kamjibhai’s land. In an act known as land grabbing, his neighbor had moved the fence between their yards so that part of Kamjibhai’s land was on the neighbor’s side. This theft followed the passing of a 2005 law stating that all land owners had to have their land measured. Kamjibhai’s neighbor intended to expand the boundaries of his land before the official government measurements took place. Had his neighbor gotten away with it, Kamjibhai would have had a difficult time fighting the case after the land had been measured because this new land record would replace the old record. 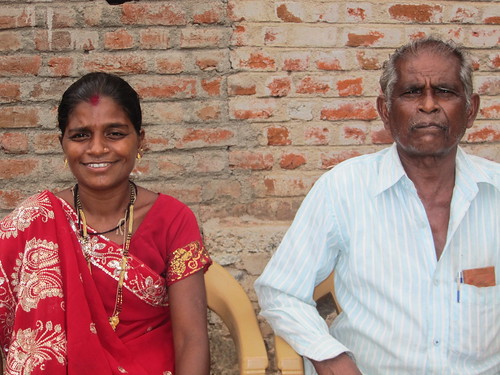 Kamjibhai (right) and his daughter Jelly (left), one of the judges of the Mahila Panch women’s court.

However, Kamjibhai took swift action, with the support of the Mahila Panch women’s court. Kamjibhai’s daughter, Jelly, is a Mahila Panch judge, so he went to the women’s court for legal advice. With their help, Kamjibhai filed a theft case with the state government. He won his case in the state court, and his neighbor was ordered to return the land that he had stolen. 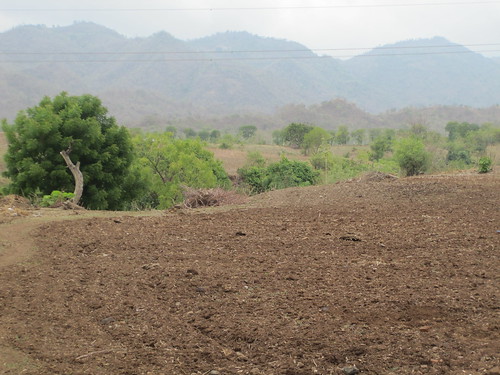 While the court ruling was a victory for Kamjibhai, justice was delayed due to a lack of enforcement by the government. Legal enforcement is a common problem in India, as it is in many countries. As I mentioned in a previous blog entry, the Indian constitution looks great on paper. Women have the right to inherit land, the right to not marry, and all of the same rights as men. However, few, if any, of these rights are strictly enforced. Just as Vikalp’s women’s courts were established to ensure that women had access to their constitutional rights, Mahila Panch made sure that the verdict of Kamjibhai’s case was upheld. Members of the court took action when the state government did not, demonstrating the integral role that the women’s courts play in defending human rights and social justice in Gujarat.

Hear Kamjibhai discuss the land grabbing case in his own words in the following short video interview.