The fact that only 1-2% of refugees are resettled is one that haunts me when I hear every day about the hopes these people have to be safe, rejoin family, and start a new life in the west. This uneasiness with the probability that most of these people will be stuck in Jordan hit me especially hard this week when a friend of mine revealed that her family was denied entry into Australia. She is an Iraqi Christian from near Mosul and cannot go back to her home, which was ransacked by Daesh. Her aunt is in Australia and she feels that she could have a future there but instead she is stuck in Jordan, where refugees are barred from working and her chances of upward mobility are slim. She is kind, resilient, and hilarious, but the Australian resettlement case managers don’t know that. She is just a number to them. Below I am going to share the profiles of two women I recently met. Refugees are not numbers; each person I meet has unique stories, hardships, and dreams. Here are Arweej and An’aam’s: 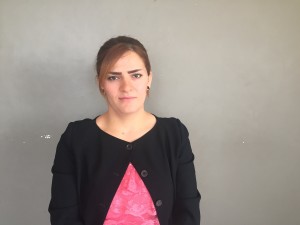 Arweej and her family lived in Iraq until Daesh invaded their hometown. They fled and were moved from Erbil to Ankawa before they reached Jordan. Arweej says that she and her husband don’t have work, residency, or security. The money they came with has run out, which she says is common with refugees. “Life is harder in Jordan. Plus, my husband’s leg is broken. The doctor is expensive; our first visit was 50 JD. Caritas does not help enough; they only give 10% and the rest we must pay. So, in terms of money, life is harder in Jordan,” Arweej elaborates. Arweej’s husband used to work as a carpenter, which she said was strenuous work; that is how he broke his leg. After, he was a chef in Iraq but here he is not allowed to work.

They have family in Australia, so Arweej’s family applied for resettlement there. They were denied. They began the application process for resettlement in France about two weeks ago and are waiting for the scheduled interview. Arweej has no one in France, but applying to Australia again costs too much so she and her husband decided not to appeal the decision.

“As Christians in Iraq, we felt like we didn’t have a place there anymore. Anywhere we went in Iraq didn’t feel like home. Not Erbil, not Ankawa,” says Arweej. Though the state of Arweej’s town is slightly better now, she says she cannot go back, “Our house was wrecked and there is no certainty that we will be safe. We want to go somewhere where we can relax; our souls are weary.” 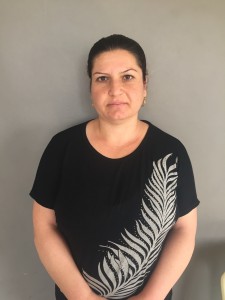 An’aam and her family resisted leaving their home country of Iraq for as long as they could. “Despite everything, we didn’t want to leave Iraq. We thought in any state, our homeland was better,” she says. They waited for things to get better, until eventually the threat of Daesh was too high. An’aam’s son, now 3 years old, would hear planes flying overhead and ask her if they were coming to kill them.

Her and her family arrived in Amman in August 2016, hoping for safety and security. An’aam says living in Amman feels safer, but is more expensive and her husband cannot work. He was a doctor in Iraq, but Jordan’s laws forbid Iraqi and Syrian refugees from working. On top of this, her husband is sick and “the medicine was expensive enough in Iraq, but it’s worse here.” An’aam and her family receive some aid from different humanitarian groups, but it is not enough for food, rent, and medicine.

Three years near Mosul with the threat of Daesh made her and her husband tired. They would love to go to Australia or America, where An’aam has family and she could finally feel relaxed. An’aam says the waiting has been hard, but she has hope that God will help her and refugees like her.