Ritual and Remembrance for the Disappeared

The distinction between dead and disappeared is of great consequence to families of the missing. For the majority of Nepalis, who practice some form of Hinduism, last rites should begin at the bedside of the dying person. With the guidance of spiritual leaders, the family completes prayers and rituals to prepare the soul for the next step in the cycle of birth, death, and rebirth. Once the person passes away, the body is cremated – freeing the soul to continue on its journey toward the ultimate goal of spiritual perfection and oneness with the universe. 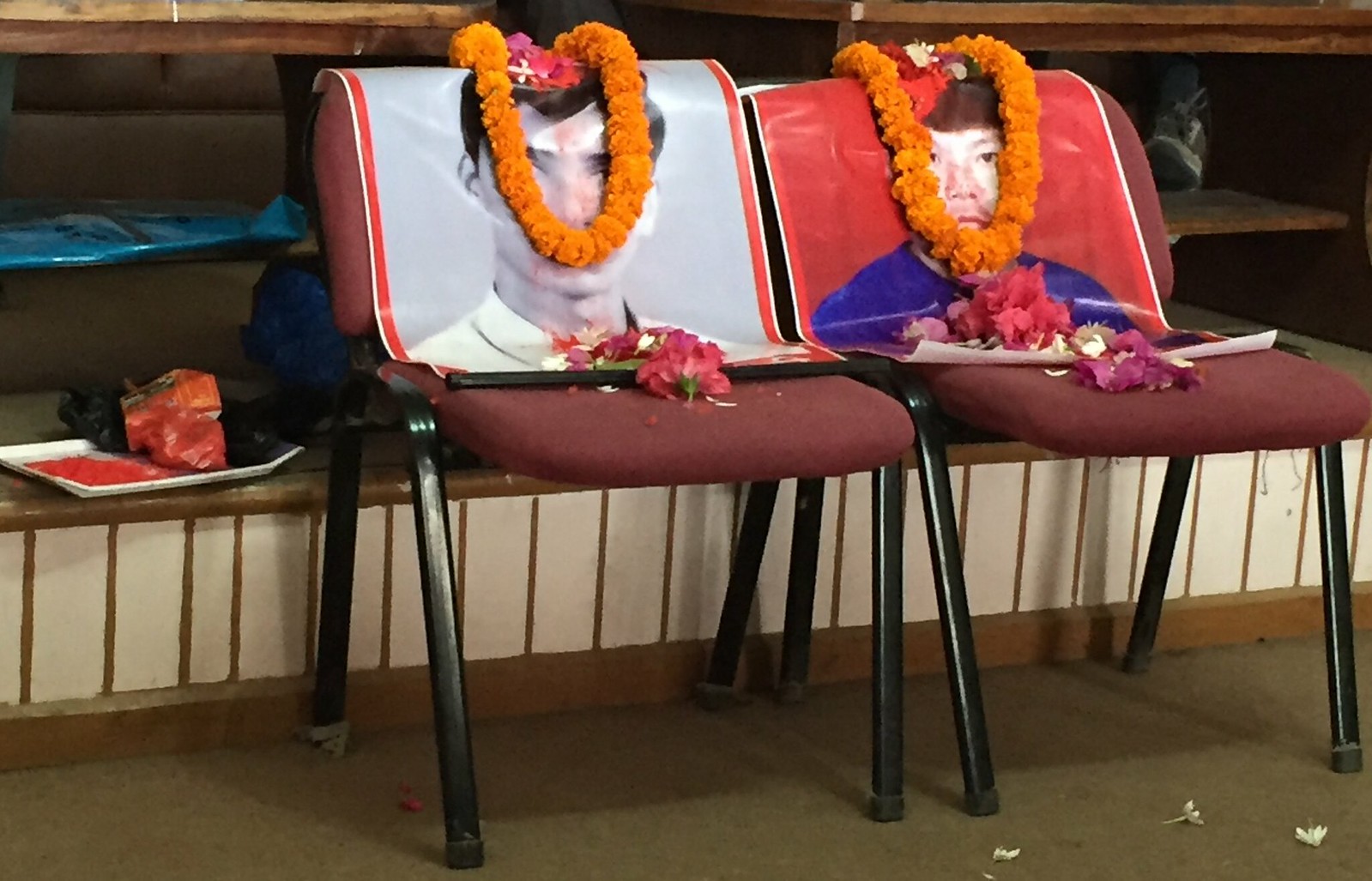 There are no rituals for the souls of the disappeared. While not all Nepalis are Hindu, most share the belief that the living have the responsibility to help the souls of the departed move on to the next life. This requires having the body present at the funeral, not only as an essential part of the religious ritual, but also as a way to bring closure to a community after one of their own passes away.

The crime of enforced disappearance leaves families both politically and spiritually helpless to deal with the loss. Without a body, there is little the surviving family members can do to help the soul of the disappeared transition to its next incarnation. Yet if any of the disappeared are still alive, their families are denied recourse to bring them home. Many cases of enforced disappearance occurred among marginalized populations –minorities, lower castes, and the poor. The continued silence of the government on the fate of those forcibly disappeared during the war is a daily reminder of how little has actually changed since the end of the conflict.

A recent event in Kathmandu demonstrated the challenges of mourning the disappeared. Families of the missing participated in a traditional Hindu memorial ceremony for two men who were disappeared. They placed yellow garlands on their pictures; one by one they touched the foreheads of the missing men with red dye. Yet this act of remembrance was contested. “This [was] not right,” a friend remarked to me afterwards when I asked about the ceremony. “They are not dead – they are missing.”

After the memorial ceremony concluded, leaders in the victims’ rights movement got up to speak. In speeches that ranged from solemn to grief-stricken to angry, various community leaders, including the commissioner of the CoIED, called for accountability, justice, and the truth. For the majority of the families NEFAD represents, the truth is the most important of all those demands. Knowing what happened to their loved ones is not only a political right, it’s also a spiritual need.