SO MUCH FOR THAT CUSHY DAY JOB

In late 2007, a woman became aware of a job opening at a café in Vilnius and called the establishment to inquire about the position. As the dishwasher’s position was reportedly still available, the woman made her way across town for an interview. Upon arrival, the manager of the café informed the woman that the position was no longer vacant.

Later that same day, another woman became aware of a job opening at a café in Vilnius and called the establishment to inquire about the position. As the dishwasher’s position was reportedly still available, this second woman made her way across town for an interview. Upon arrival, the manager of the café informed the woman that the position was, indeed, still vacant and hired her.

“Unfortunately” for the establishment, the second woman was a situation tester deployed by the Human Rights Monitoring Institute to determine whether there had been anything fishy in the decision to not hire the first woman applicant of the day, a Roma woman. As it turned out, there was. To the tune of: A gypsy woman came looking for a job earlier but was not hired because nobody wants to have gypsy among their staff. 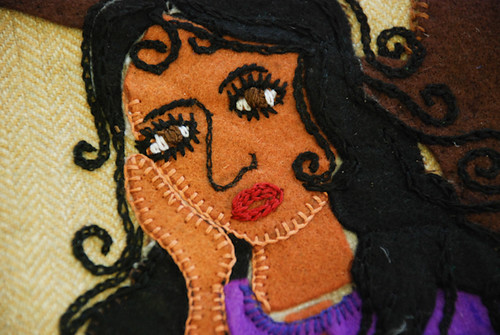 To follow up on the previous topic of the drug economy, let’s see why the formal economy is largely inaccessible to the Roma of Kirtimai.

A weak economy is an endemic problem affecting the Lithuanian population as a whole. As of June 2012, the national unemployment rate was 13.3% (which equates to 215,100 individuals). Youth unemployment was 25.2%. At the same time, the minimum monthly salary, despite having been increased in August 2012, is LT 850 – not even USD 320. Due to the difficulties of earning a living in Lithuania, the country has seen a severe decrease in population, with just over 83,000 people emigrating in 2010 and nearly 54,000 in 2011.

For Roma, negative stereotypes aggravate the search for already limited formal employment opportunities. While discrimination on the basis of racial or ethnic origin is legally prohibited, there are several major reasons why this legislation is ineffective. First and foremost: most Roma are unaware of their legal rights. They often know neither when their rights have been violated, nor the process to pursue redress for violations of their rights. How does one complain? To whom must the application be written? What documents need to be submitted? And how many are familiar with state guaranteed legal aid (or the procedure by which to request it)? Ultimately, there are very few discrimination complaints initiated by Roma and, thus, a culture of impunity for discrimination prevails.

There are practical reasons in addition to these structural disincentives as to why the employment search is hardly even undertaken. In order to visit hiring establishments, it may be necessary to travel to a variety of locations. This requires financing a series of transportation tickets (each bus requires a new ticket), it requires researching how to arrive at the location (without GPS, without internet, perhaps even without literacy), it requires accessibility to transportation (no buses run after 8PM and no taxis go to Kirtimai), and it often requires fluency in the Lithuanian language. For the community in Kirtimai, which is fairly distant from the city centre and home to many non-Lithuanian speaking persons of neither income nor savings, the job search is a practical mission impossible. Even if employment were secured, it carries with it start-up costs (travel, clothes, babysitter, etc.) that many simply cannot upfront. 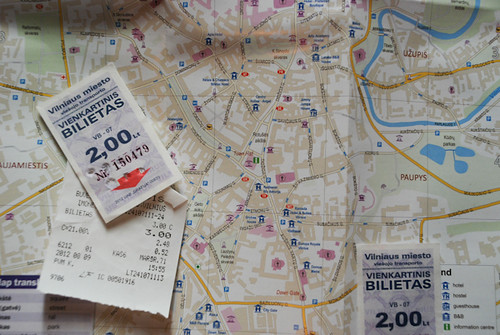 Of course, that is not to say that the situation should stay as it is and there are some individuals persevering despite it all. As of July 2012, 158 Roma were registered with the Labour Exchange in Vilnius. Only eight of these individuals had professional qualification. 49 had never attended any school. The Labour Exchange generally only links registrants with positions requiring the minimum qualification (high school completion or vocational training) and, thus, cannot assist many Roma in Vilnius. The opportunities the Labour Exchange is able to offer are reduced to a few unskilled environmental maintenance jobs, such as street sweeping and snow shoveling. While these are opportunities, in theory, it must be taken into consideration that these positions may be too physically demanding for the 41 registrants over 50 years of age and the seven registrants with disabilities. Furthermore, these opportunities are, in fact, no more than theoretical for this population, as, according to cultural norms of cleanliness, Roma may not clean public places. Some will make the exception, but there is a good deal of shame in their decision. Over the past seven months, nine of the 158 Roma registrants have been employed through the Labour Exchange, with five being placed in only temporary employment. This system is not effective for the Roma community in Kirtimai and the vast majority remains without formal income.

Poverty is hardly a luxury; and in order to overcome poverty, individuals must be able to access jobs and make a living. However, one reason repeatedly cited for why there exists no incentive overriding all of these structural and practical obstacles to searching for employment: state unemployment benefits may be comparable to unskilled workers’ salaries.

So why face the detrimental financial investments, the hassles of travel, and the indignity of discrimination? Disillusion is the dominant sentiment as regards formal employment and upward social mobility for many Roma. Knowing that the situation will not change, the motivation to push for their legal rights is non-existent. They are not educated in how to do so and cannot imagine the situation improving – so where is the motivation? Life in Kirtimai is survival, not development. And this is dangerous.