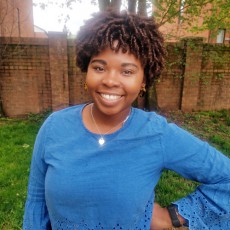 After visiting all eleven families I have come to some interesting conclusions. The Advocacy Project, with help from AEPD, has been able to give the majority of the funded families a buffalo/cow and a calf for the rearing business model. This will likely help them with farming rice, corn, etc. or when an emergency happens gives them the capital to sell the animals for money. Along with these provided animals, many families have chickens, ducks, and pigs. Some also have fruit trees. During my visits, I have learned that in Dong Hoi there are multiples communes, like the districts or wards in the Maryland and D.C. area. Each commune is different in how they operate from the council or local government to the markets and fruit trees they have and are able to grow. I realize that there is some difference in the sources of income or animal investments that each family has. I found the differences in animals very interesting because each animal can be a source of income and in many cases help the families in an emergency –especially when they are trying not to get a loan or borrow money from a relative.

For some families, especially mothers who are the sole caregiver for their children, they appreciate having a buffalo or cow especially for capital and emergencies. However, raising pigs, chickens, and ducks is a little easier for them to manage. Since these mothers are usually over the age of 50 , it can be hard on their bodies. Mai Thi Loi and Duong Thi An (You can read more about both of their stories here) are the leads in their households and with little to no help they find that raising smaller animals is easier to manage—especially pigs. However, currently there is a deadly pig disease going on and in many cases the pigs die before one can sell them or use them for food. This disease is so bad that many places across Vietnam have stopped serving pork. Even still, many would rather buy mother pigs for breeding and selling piglets. Based on my visits, I have learned that pigs can sell for 3M-6M VND ($130-260).

Other Families like that of Le Than Duc (You can read more about his story here) would prefer to get more chickens. Chickens produce multiple sources of food. A family can use the eggs, the actual meat from chicken and can make some money from selling it to others. It appears that almost every family that I visit has at least 5 to 10 chickens because they are easy to manage. During the visits with our Agent Orange families I would always see at least one chicken walking around outside. This seems to be the same for families that also have ducks or geese, the only difference is that most families that have ducks or geese have some source of water nearby. Chickens and ducks seem to sell anywhere between 6M-10M VND ($260-432).

Buffalos and cows are a bigger source of income for the families. They help to produce fertilizer for their farms, as well as some plowing. To gain some insight on this I asked one of the families that have had multiple business ventures over the years. The Nguyen Ngoc Thin family lives about two hours from the city center. He currently has cows and a garden for his fruit trees. He shares with us that the fertilizer from the cows is the best one for farming. Having cows also helps his capital even if he is not selling them. Once the cow and calf get big, he could sell one, but he does not know yet when and if he will sell because he wants to increase the scale of cows. He explains that if he has more cows, he will have more fertilizer and have more capital. He says the only way he will sell a cow is for an emergency but for now, he will keep them. Mr. Thin says that cows are also more reliable because it makes him credible and if he is unable to pay for something the banks, relatives, and neighbors know that he can sell the cows for money.  He says if he did not have the cows he would have to walk to his neighbors and ask for fertilizer and growing his garden would be hard. It is also easier for him to get a loan if he has cows. In this case we realize the having cows is very lucrative for a family like Mr. Thin (You can read more about his story here). Once a cow is ready, a family can make anywhere between 20M-30M VND ($863-1295) or more.

Buffalos are similar to cows in terms of helping with fertilizer and farming. However, the buffalo is a little harder to manage for women. Out of the eleven families supported, only 3 have buffalos. A buffalo can also sell for 15M-25M VND ($648-$1080).

Selling all of these animals for any amount of money helps to cover a hospital bill or purchase household essentials for a couple of months.The amount of money a family makes can depend on the health, weight, and age of the animal. The ranges can easily shift, and I think for most families, especially Agent Orange families, they try to keep as many animals as possible for emergencies. Cows overall are the best investment for these families, even with the increase of families using machines to plow and farm, the fertilizer from the cows is still the best to use to help the crop grow. So, I guess right now, I would say cows and chickens are the most helpful for families like these. They give the best outcomes for the household.