Last week I met Marisa, a young human rights activist who recently moved to Jaffna.  Like other amazing advocates I’ve met in Sri Lanka, Marisa is energetic, passionate, and loves a good laugh.  Unlike other rights activists I’ve met, Marisa is Sinhalese (Sri Lanka’s ethnic majority).  I asked Marisa about her experiences during the conflict and about the ways ethnicity has shaped her work, activism, and life in Jaffna. 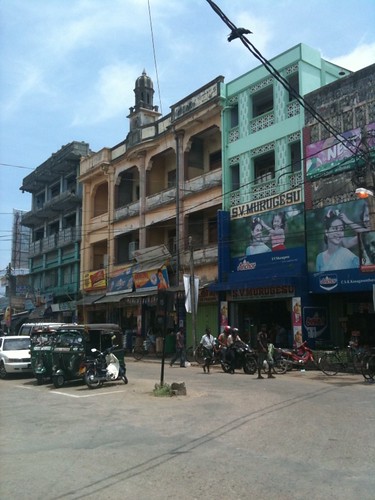 Sri Lanka has been in conflict for your entire life.  What was it like growing up in that climate?  What are your early memories of the conflict?  Were you always aware of what was going on?

Although I was literally born into the conflict era, I wasn’t quite aware of the extent of the conflict, its origin and its repercussions until I was much older.  However, I was told stories about 1983, because my father was on the road during the riots, and he had to hide our Tamil driver until he got to my aunt’s place, where my family was hiding some other Tamil relations of ours.

Initially it was the sporadic suicide bomb attacks and assassinations that kept reminding us that a war was waging in the North.  Other than the bombs, the war was distant to us, and we were generally detached from people being killed…unless of course we knew people in the forces or if someone we knew got killed by a bomb.  My uncle was killed when a claymore mine exploded in Willpattu.  That was the closest the war came to home for me.  However, as I grew up, and started to see the world for what it really was, and I started to feel more passionate and vocal about the war, and about how it was being carried out.

What motivated you to do human rights work?

I’m not very sure what the exact trigger was for me, but from the time I was young I guess, I’ve always rooted for the “under-dog.”  Friends used to call me a “ union leader” sometimes.

I hate injustice. Always have. And I have always wanted to do something about it when it’s in my presence.  So, I guess it’s in my nature in a sense.  But also, my eyes were opened to the reality we live in by a group of young people I met a few years ago.  It’s essentially after that that I really went head-first into this sort of work.  I began to realize that there was so much shit going on right before our eyes, and I just couldn’t let myself turn a blind eye to it.  So, it’s not really a concerted choice I made as such, but more out of a sense of civic consciousness that I acted, I guess.

Talk about your experiences as a Sinhalese person in a Tamil organization.  (Although everyone works under the banner of universal human rights, there is a lot of resentment towards Sinhalese people.)  How has this played out for you?

Well initially, when I found out I was the only Sinhalese, I was a little uncomfortable, because I thought I’d be looked upon as the enemy, and that people would just “tolerate” me because I had been hired by the boss.  Of course my boss was more than happy to have me on board, especially because I was Sinhalese; she thought it was time for change.

Even though it’s possible that at first, staffers might have had their reservations about me, I decided that I had to make an effort to win their trust.  And not in a deceptive way, or by trying too hard to be accepted, but, in a sense by being myself and hoping that I’d be accepted for who I am, rather than what I’m supposed to represent (ethnicity wise, I mean).

There have been ups and downs.  I’ve heard that some people thought I was with Military Intelligence  because apparently “for a Sinhalese to be so sensitive to the Tamils’ grievances” I would have to be in Intelligence.

I can’t really blame people who think that way because in their experience the Sinhalese have always been the “bad guys…” and probably vice versa for most Sinhalese who’ve been affected by the war.  This is why we all need to be sensitive and empathetic towards everyone’s feelings and backgrounds.  If I were quick to judge and take offense, then I probably wouldn’t have lasted long here.  I take each day as a challenge, especially when I’m in Jaffna, and so far, most people accept me for who I am once they get to know me (and vice versa).  So each day, I live and learn. 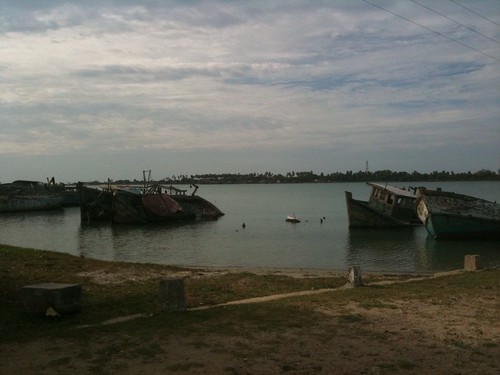 What is it like living in Jaffna one year after the end of the conflict? Do you think your experience in Jaffna is impacted by your ethnicity? Do you get the feeling that life has improved for people in Jaffna (or in the rest of Sri Lanka) since the end of the war?
Well it’s strangely peaceful, but, in a subdued way of sorts.  People go about their daily routine, but there’s this sense of desolation and sadness in the air.  From the half destroyed houses, to the glazed eyes, to the heavy military presence, it’s just not your average day-to-day existence.  Every move, every breath, involves the shifting of this large burden that has most often been passed down from generation to generation.  There’s nothing “normal” about this new-found “normalcy.”  Of course it’s a relief to the people that they don’t have to worry about missiles flying overhead.  But, as far as security goes, that’s about all most people have an assurance about.  There are still children, siblings, spouses and parents who have been detained, or are missing.  Nobody’s addressing these people’s trauma.  They live every day of their lives re-living all their pain and holding back their grief.  People still don’t have homes, jobs, or hope.  Of course, the town is bustling, and the A9 (the road that connects Jaffna to the rest of the country) is open so there’s an exchange of products.  But, life is far from normal still, and will remain this way as long as both the government and the rest of the country choose to live in denial. 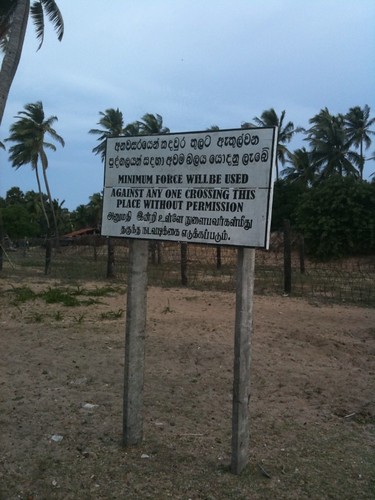 Given the mountain of human rights and democracy challenges Sri Lanka faces (including the recently passed 18th amendment), it’s easy to get pessimistic. What do you see for the future of Sri Lanka?

It’s more than just easy to be pessimistic, it’s almost inevitable. It’s a daily battle, because each day, there’s one more reason to be frustrated, disappointed or pessimistic.  As it stands, I don’t see much hope for Sri Lanka…unless there’s some sort of divine intervention, our opposition party suddenly grows a pair, and our minority parties leave aside their petty agendas, unite, learn from past mistakes, and actually work with the best interests of the people they represent at heart.  Sri Lanka also has many young, intelligent, change-makers who would make ideal politicians.  However, the chances of them ever getting the space or opportunity to make a difference are rather bleak.  But, of course we will keep fighting the futility, hoping amidst the hopelessness, and aspiring for a better tomorrow, because if we don’t, we won’t have the strength or incentive to wake up each morning.