Sri Lanka Voices: From On High

The overwhelming presence of religion in Sri Lanka continues to surprise me.  Many people profess their religious preferences before they open their mouths; Buddhists may have a white string tied around their wrist, Hindu women will sport a pottu or bindi on their foreheads, and Muslims wear hijabs or niqabs.   Just about every moving vehicle I’ve been in- three-wheeler, bus, car- has featured a shrine, statute, or offering to one of the island’s Gods.  In Jaffna, I saw devout Hindus hanging by hooks.  In Kandy, Buddhists sobbed at the Temple of the Tooth.  On the road to Kayts, Muslim men with orange beards watched passing traffic from newly constructed Mosques.  Here in Colombo, Christian cell phone tones echo from buses. 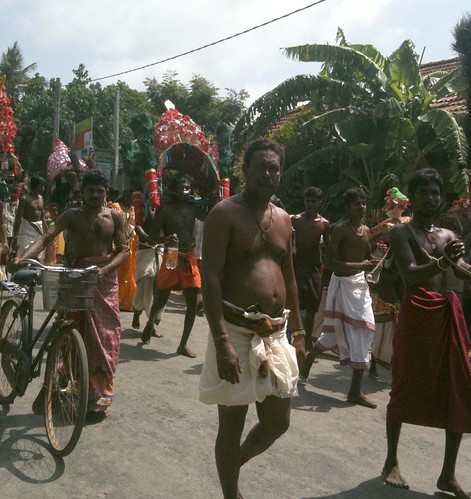 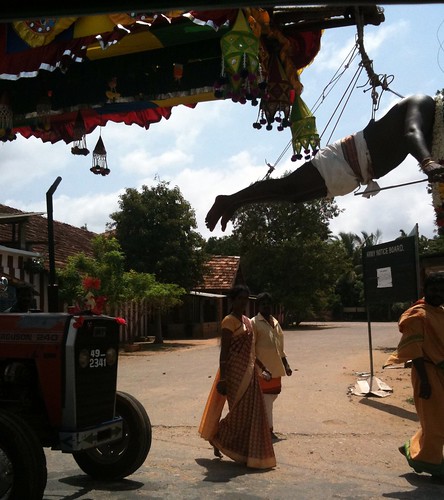 In Sri Lanka religion also narrows identity and serves as an additional barrier between ethnic groups.  Buddhists are Sinhalese, and most Tamils are Hindu (there is a minority Christian population).    Muslims also speak Tamil, but whether they are “Tamil people” is a contentious issue. 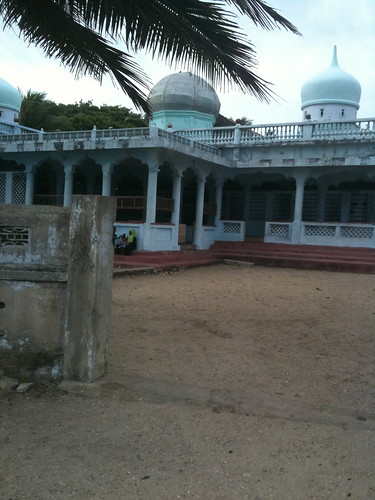 Public religious profession extends to politicians as well.  President Rajapaksa finished his most recent United Nations General Assembly speech with a blessing of the “triple gem,” the symbol for three major tenets of Buddhism: Buddha, Dharma, and Sangha. 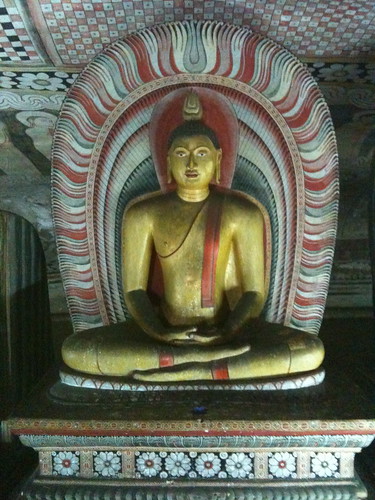 The Republic of Sri Lanka shall give to Buddhism the foremost place and accordingly it shall be the duty of the State to protect and foster the Buddha Sasana, while assuring to all religions [basic] rights. (Chap. 2.9)

In post war Sri Lanka, religion is also being used as a means to change the ethnic landscape.  In addition to changing street and village names from Tamil to Sinhala, the government and army have constructed Buddhist Temples and statutes traditional on Tamil lands.  In Batticaloa, for instance, the Special Task Force (STF) told villagers to vacate their land to make way for a new temple- a Hindu Murugan Temple.  They even asked the villagers to assist with the initial land clean up.  The first few days of construction revealed that the STF was actually constructing a Buddhist Temple. 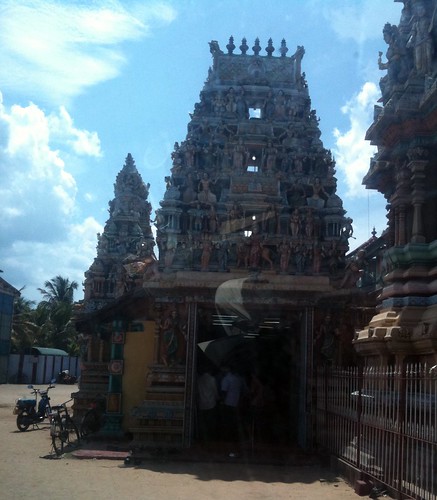 Many Tamils in the North and East see these installations as early steps toward the total “Sinhalization” of their homeland.  According to Tamils I’ve spoken with, new Buddhist Temples pave the way for claims to historical ownership and invite new occupiers into the north and east.

For example, in Jaffna, the Army occupies the Kantharodai archaeological site. The Army changed the name of the site, installed Buddhist statutes in trailers, and now welcomes droves of Sinhalese tourists every day.  While the Army feels it is protecting the site, Tamil villagers view the military presence as continued oppression and occupation. 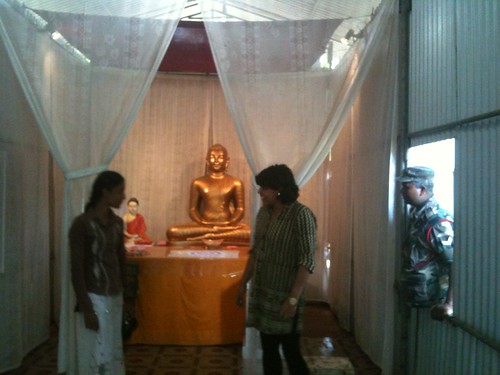 These sharp divisions illustrate the central theme of my experience in Sri Lanka:  May 19, 2009 signaled the end of the war, but not an end to the island’s conflict.