Sri Lanka Voices: From the Pitch

News headlines feature players’ personal and professional ups and downs, cable TV subscribers have access to multiple 24-7  cricket channels, and kids play pick-up games whenever they have a tennis ball and five minutes to spare.

The Sri Lankan National Cricket Team gives the country plenty to obsess about.  In addition to holding numerous world records, the team won the Cricket World Cup in 1996, the ICC Champions Trophy in 2002, and placed second in the 2007 World Cup.  Cricketers marry, divorce, and procreate often enough to provide fodder for tabloids.   And in 2009, unidentified armed men attacked the national team in Lahore, Pakistan.  The attackers killed two police officers, a driver, and injured six Sri Lankan players.

Until very recently, like most Americans, I was not a cricket enthusiast.  Everything I knew about cricket I learned from a six-hour Bollywood extravaganza, Lagaan.  Plus, I was leery of any sport that involved sweater vests and tea breaks.

Last week, Community Development Groups from Sri Lanka’s tea plantations organized an estate-wide “5-over” tournament as part of a voter awareness program.   These estate community leaders converted me from a cricket skeptic into a budding fan.  I learned about the sport’s subtleties, the beauty of a good batsman, and the importance of exercising my right to vote. 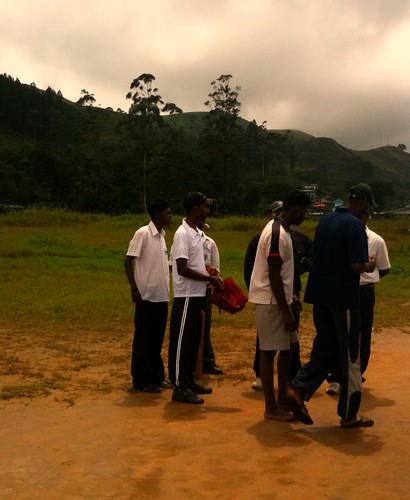 Players and spectators braved intermittent rain, meandering cows, and the most affectionate leeches on earth to make the event a success.  Before the match started, we built a tent for the fans, took a few practice swings, and lit an oil lamp to make sure that that the righteousness of Dharma governed the event. 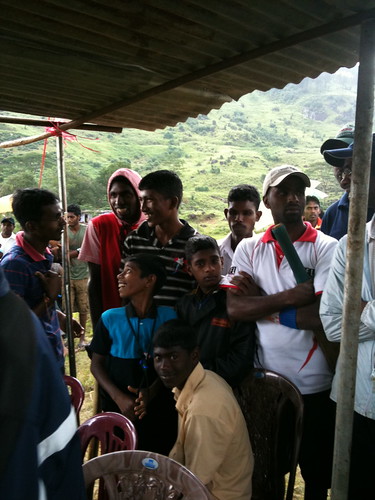 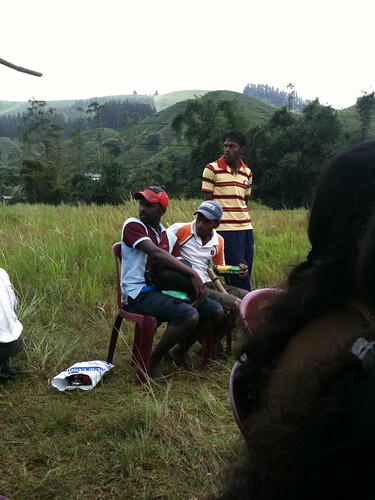 During the matches, my cricket mentors continuously mentioned Muttiah “Murali” Muralitharan, the first and only Tamil on Sri Lanka’s national team.  When he retired in July 2010, Murali had a stack of world records, the distinction of “reinventing spin bowling,” and the unequivocal adoration of Sri Lanka’s cricket fans.

Like the ancestors of most estate cricketers who participated in the voter awareness tournament, Murali’s grandfather left India to work on Sri Lanka’s tea estates in 1920.  In what has been seen as either a denial of his Tamil origins or a prudent public relations decision, Murali avoids political commentary or speaking Tamil in public.  Despite his silence, journalists often point to Murali as a shinning example of ethnic amity.

However, human rights activists I’ve talked to disagree.  For them,  Murali’s harmonious integration into Sri Lanka’s national team does not symbolize a coming together of ethnic groups or a promise of a brighter future.  Instead, he perpetuates the notion that Tamils should completely assimilate.  As one independent journalist put it: “Murali’s apolitical tact in public utterances as professional cricketer also denotes exactly how a Tamil should behave: recognized and even venerated for his talent, as long as he knows his place within the firmament and desists from making impertinent and awkward claims.”

In the match of ethnic strife vs. sport, the power of cricket prevails: even Tamils who dislike Murali love Sri Lanka cricket and celebrate the team’s successes regardless of the bowler’s ethnicity.

From now on, I’ll join the cricketer/activists from the estates and millions of fans around the world who anxiously await the next Murali. 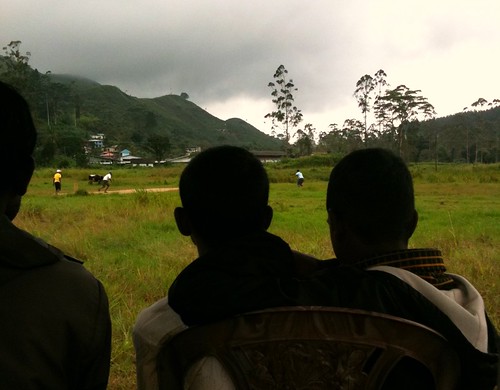